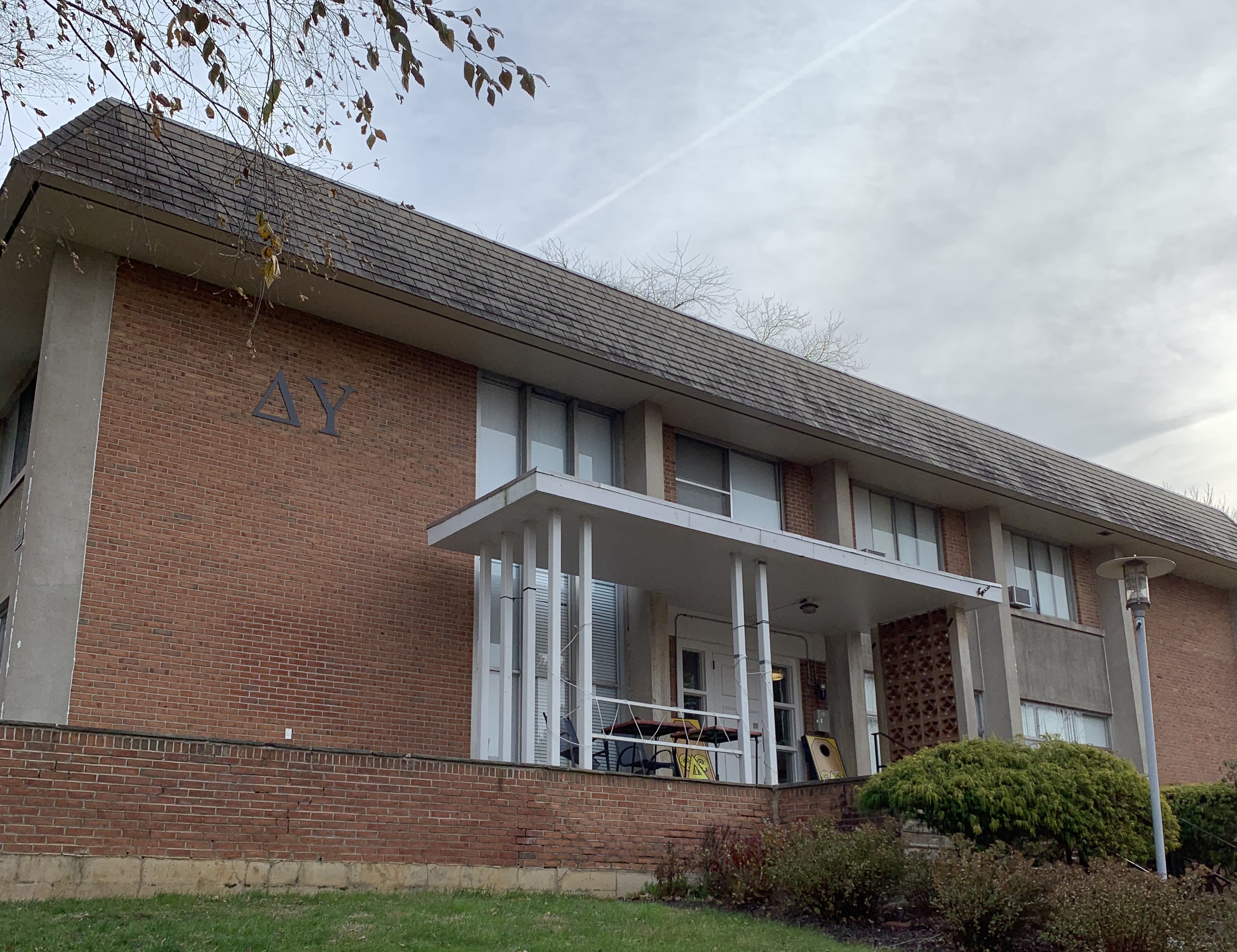 Delta Upsilon national offices confirmed that the Lafayette chapter is temporarily suspended while allegations against it are being investigated. (Photo by Lindsey Quigley ’20)

An incident of hazing was reported in the crime log at Delta Upsilon (DU) last Thursday, November 7, though the date of the incident was reported as unknown. School officials confirmed that an investigation into the report is ongoing, but declined to comment further on the investigation or if DU has been put on a “cease and desist” order from the college following the allegation.

Delta Upsilon Executive Director Justin Kirk did confirm in an email, however, that “Lafayette College administration notified Delta Upsilon on Friday that our Lafayette chapter has been temporarily suspended as it investigates an allegation against the chapter.”

Kirk added that no details regarding the allegation or its nature have been provided to the chapter or the International Fraternity as of Thursday morning.

“We encourage the college to share information with us so that we may work together to investigate, address potential concerns and ensure the safety of all students,” Kirk wrote in an email.

According to the Legal Information Institute, a cease and desist order is “an order of a court or government agency to a person, business, or organization to stop doing something.” While an official cease and desist has not been confirmed by the college, DU also withdrew its co-sponsorship with Alpha Phi Omega this week for their fourth annual open mic night in honor of DU brother Joey Towers ’18 who passed away in fall 2016. The APO Open Mic night took place last night in Farinon.

Last fall, the college confirmed that both Delta Gamma and Tri Delta were issued cease and desist orders following hazing allegations. Both were allowed to resume normal activity following the conclusion of a Public Safety investigation and discussions with the student conduct office.

“Last year we did make more comments about organizations that were under investigation, but it proved not particularly helpful to the investigative process,” Vice President of Student Life Annette Diorio wrote in an email.

Public Safety Director Jeff Troxell also declined to comment on the incident, noting only that the investigation is ongoing.

If the allegations are confirmed through the Public Safety investigation, the case will then be referred to the student conduct office. Jennifer Dize, Director of Student Conduct, told the Lafayette that she had “no information to share right now.”

Anthony Vecchio ’20, president of the Lafayette DU chapter, also declined to comment on the allegation or the active investigation, directing all questions to the DU national organization.