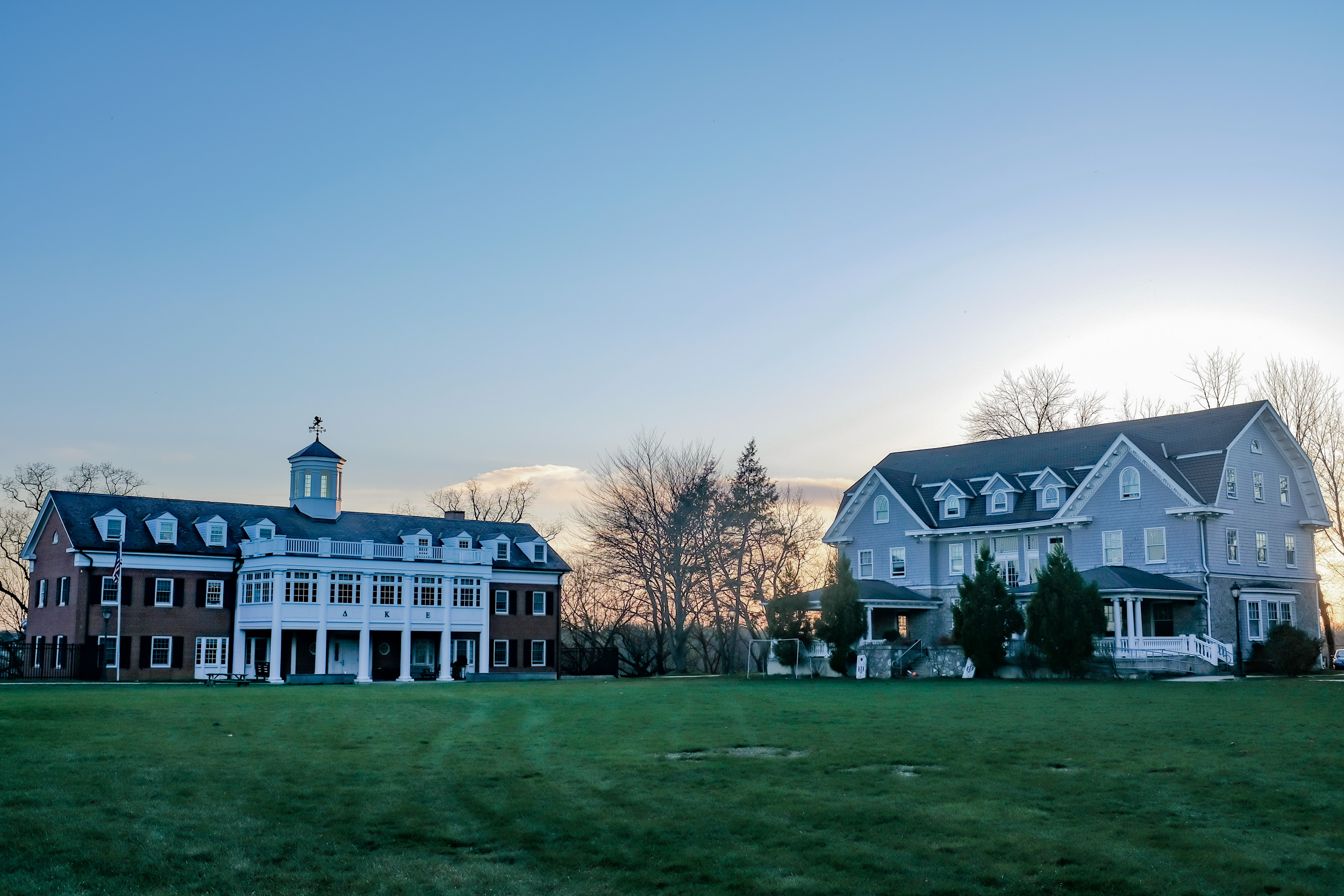 Annual dues to Greek organizations are not often discussed during the rush process. (Photo by Caroline Burns ’22)

Rush week at Lafayette wraps up today after a two-week process. Sororities finished a week ago, and the newest fraternity brothers receive their bids today. Many sophomores dove into this process after an unconventional first year excited at the prospect of expanding their social circles after a year stuck in dorms or at home.

“Last semester on campus was different, stuck inside your dorm all the time,” Max Adams ‘24 said. “The idea of being in a house or being surrounded by people all the time definitely feels so much more welcoming. In our [year] there are people trying to pledge, a lot of people.”

Prospective Greek life members spend rush visiting fraternities and sororities on campus, attending events and learning about the culture, social events and philanthropic missions of the organizations. Some members of the pledge class, however, noticed that dues were not discussed much throughout the process.

For some, the choice of accepting a bid depends on the cost of joining.

“[People] have told me what fraternities they probably couldn’t do,” Adams said. “The ones that are more expensive you feel a little bit less inclined to join, those that are cheaper you feel more welcomed at and that reflects in the dues.”

Dues can be a significant financial burden but are not always advertised like the other aspects of Greek life. With prices at Lafayette ranging from roughly $700 to $3000 per year depending on the fraternity or sorority, many feel excluded from Greek life as a whole. This creates a divide between students of different socioeconomic statuses and between the different Greek organizations on campus as some are known for including wealthier students.

“It’s the recognition that it is sort of established, being in a fraternity,” Adams said. “To be able to pay for the really nice fraternity is another form of classification…you get into [dues] and it pushes people away,” Adams said.

Low-income students face more economic obstacles than just paying dues. Incremental costs such as attire for social events or informal dues for parties add up. For sororities, women are expected to buy gifts for their little and purchase a white dress to wear on bid day along with shoes, jewelry and attire required at a variety of other events for rush and beyond.

“I mean that’s the thing with [Greek life] in general. It’s a reflection of class because it’s just another thing to pay for,” Adams said.

Last semester, the Student Government Greek Life Committee conducted a campus-wide survey on the climate of Greek life at Lafayette. Released in March, the findings of the Survey revealed that the majority of sophomores through seniors disagreed with the statement that “Greek organizations are inclusive.”

Reducing costs will bring greater accessibility and diversity to Greek life, but many new recruits are unsure of where the dues they pay now are allocated once collected by the organization.

“Do you really need that much money, or do you just want it so you are comfortable?” Adams said. “I assume that it’s going to the right thing—to food and housing. I hope so, I should ask more about that.”

A portion of dues for all organizations—sometimes up to 50%—go to national chapters, according to the Columbia Spectator. This money is spent on scholarships, travel expenses, national chapter officers’ salaries (some employees make up to $300,000 a year) and campaign contributions for political candidates. The majority of the national chapters of sororities and fraternities donate to the Fraternity & Sorority Political Action Committee (FratPAC), which lobbies for politicians that seek to weaken Title IX and make it harder for schools to discipline students who have committed sexual assault or rape, according to Slate.

“I would rather just support [whichever candidate] myself. I’d just rather have dues go a little bit less towards politics,” Samuel Augustine ‘24 said. said. “Obviously it would be great if there was extra money that could go to philanthropy.”

Some Greek organizations on campus offer financial aid for its members but this support remains finite, as organizations have a limited amount of funding set aside for this purpose.

“It’s an expensive thing to do. If you’re really into it, it’s worth it,” Augustine said.

View all posts by Remy Oktay →