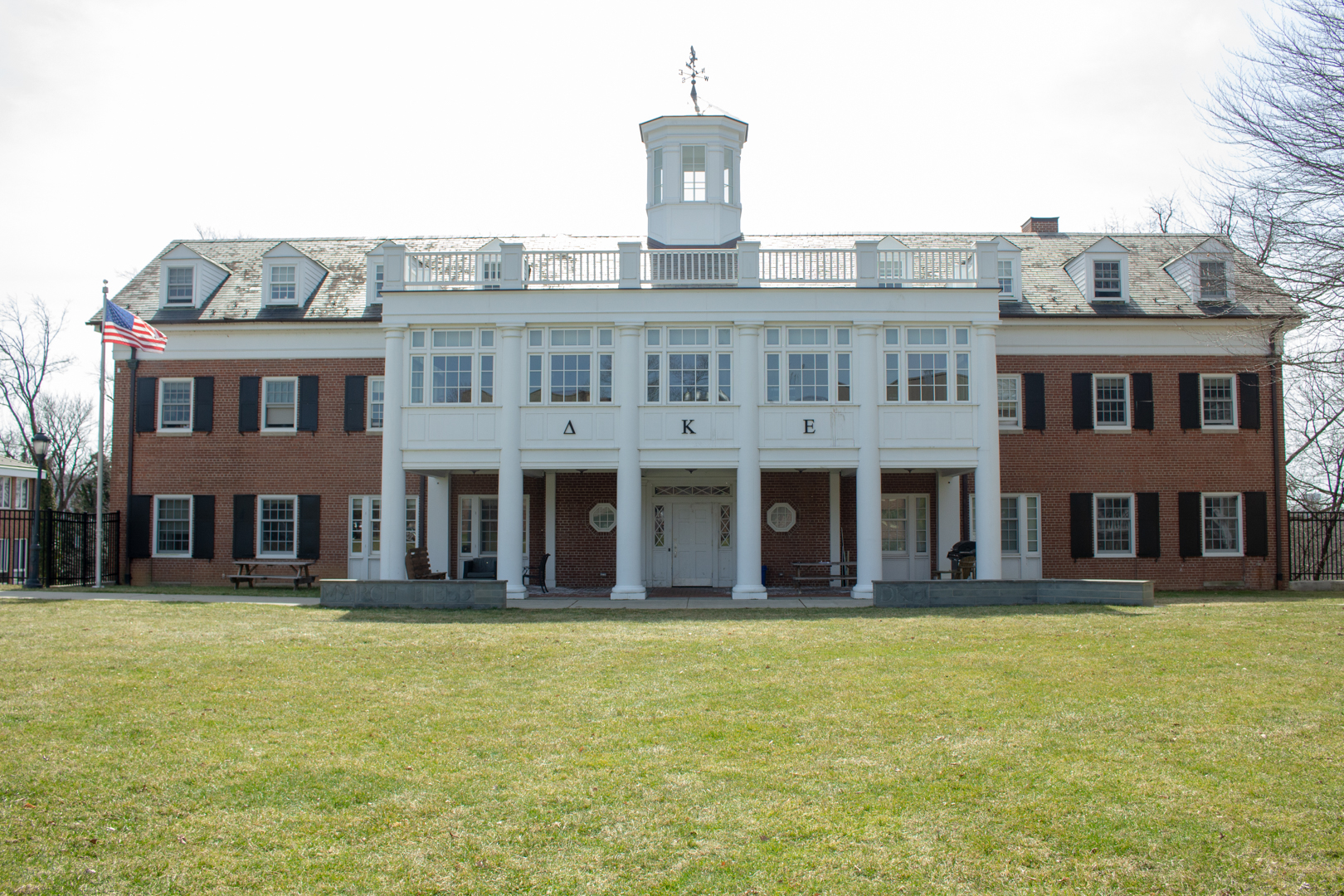 The Lion Trophy is presented by the national board of Delta Kappa Epsilon to one chapter each year. (Photo by Kwasi Obeng-Dankwa ’23).

The Rho Chapter of Delta Kappa Epsilon (DKE) at Lafayette College was recently awarded the Lion Trophy, the highest honor a chapter can receive, for the second time in its history. DKE first received this award in 2016.

The Lion Trophy is awarded once a year to the chapter that is judged by the national board to have the best overall performance. The five criteria on which chapters are evaluated are operations, philanthropy, service, scholarship and leadership, according to the website for the national DKE fraternity.

“[The application] is two parts,” former chapter president John Schroeder ‘21 said. “The first part is called the Standards of Excellence Program, and that’s just describing what we do for service, what we do for philanthropy.”

In order to be considered for the award, chapters must submit the application detailing the various achievements of the chapter and why they deserve to be recognized. Schroeder submitted the application in April of 2020.

He added that academic achievement in Lafayette’s chapter was a particularly notable accomplishment.

“We really increased the average GPA in the house, and the fraternity has a strong support system to encourage academic success,” Schroeder said.

He also noted the increased role of philanthropy in their work as well.

While the fundraising experience in 2020 was different from years past due to the impact of COVID-19, DKE nonetheless participated in virtual fundraising events and continued to engage with the Easton community.

“We are very proud to have received the Lion Trophy,” he said. “Although it’s for the 2020 application period, it feels like it represents our current commitment to prevent [COVID-19] from spreading, indicative of our zero positive cases, along with our continuous 166 years of good behavior at Lafayette.”

“Even in the midst of the climate against Greek life that’s been going on, we’re still being recognized for doing good work in the community,” Schroeder added. “It was a breath of fresh air getting this reaffirming news that what we’re doing, what we believe in, actually has been recognized.”

View all posts by Michael Antonacci →