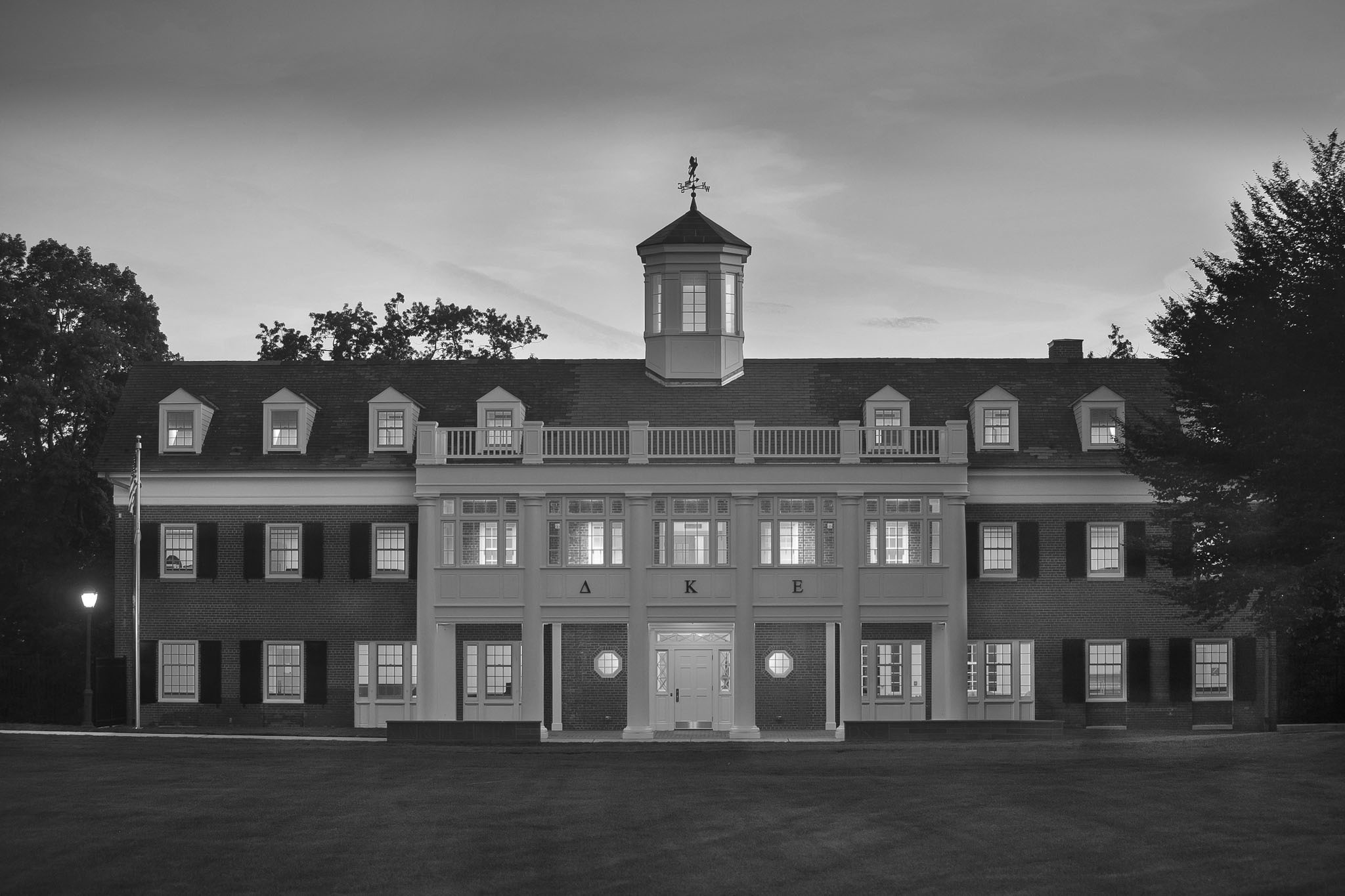 Marking a historical first for the chapter, the Rho chapter of Delta Kappa Epsilon at Lafayette College was awarded the Lion Trophy by their national organization this past July. The trophy is given to the best overall DKE chapter in North America at DKE’s awards banquet every summer for achievement in the previous academic year.

Two Lafayette students represented their college’s chapter at the awards banquet at the University of Alabama. Shortly thereafter, they called up current chapter president Sean Menarguez ’17, unable to attend, with the good news.

“It’s a great accomplishment,” Menarguez said. “It was the first time the chapter has won the Lion Trophy.”

“The Lion Trophy is awarded to the best overall chapter in performance in four major categories: scholarship, philanthropy and service, leadership and chapter operations,” he added. “We were the only chapter to place in all four categories. We were very happy with our accomplishments.”

Given that winning the Lion Trophy has long been one of their goals, and they are always looking for ways to get involved in more service opportunities, Menarguez said that DKE made efforts to ramp up their service programs and do more outreach into the Easton community.

In addition, Menarguez said he has made an effort to maintain and improve DKE’s academic standing during his tenure as president.

Adding to this achievement, Lafayette DKE alumni Michael De Lisi ’03 and Ryan Flynne ’16 won individual awards at the banquet. De Lisi was awarded the William E. Henderson Alumni Service Award, and Flynne the Nick Napolitano Outstanding Chapter President award for his time Lafayette as president of DKE from November of 2014 to November of 2015.

De Lisi was nominated by the current members of DKE for his award, which is given to an alumnus who has demonstrated outstanding service to any specific chapter.

Menarguez said that De Lisi remains quite involved in the daily operations of the DKE chapter, advising the undergraduates on the direction of the chapter and events they hold.

Flynne wrote in an email that he is proud of his accomplishment but continues to be impressed by what DKE does at Lafayette.

“I knew I wanted a big year for DKE at Lafayette,” Flynne wrote. “The timing of the house renovation and the 160th anniversary was the perfect catalyst to really get the whole chapter on board to achieve these high-profile goals for the year.”

“I am even more satisfied, and frankly impressed with the drive the chapter still has to go above and beyond what we have already accomplished,” he added. “That is the single most satisfying part of being in my shoes now; I am a young [alumnus] in the organization and I still see the progress the undergrads make every day.”