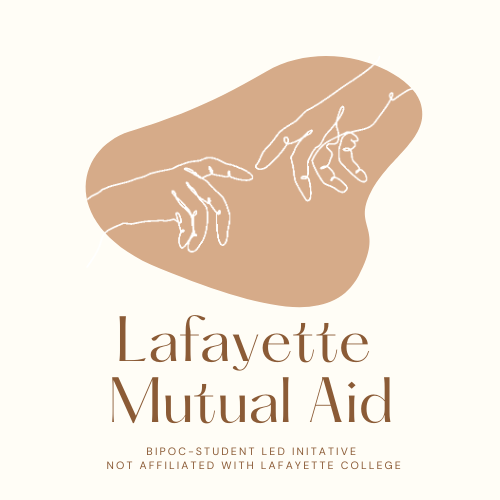 “Transforming Lafayette and the community through political education, people power, coalition building and direct action.” This is the bold mission of the recently formed Dear Lafayette College Coalition, according to their website.

In July 2020, Dear Lafayette emerged on campus in response to the Black Lives Matter movement, racial injustices experienced at Lafayette and a flourishing of social media activism led by Lafayette students and the more recently founded Lafayette Mutual Aid, which takes after other student organizations like the Pard Pantry to provide students with no-strings-attached financial or material assistance.

Savanna Touré ’21 co-founded Dear Lafayette as a collective of Black students joined by several student allies which, according to their website, “engages with and mobilizes Black community members and  leaders from all backgrounds and walks of life.”

In the time since the fall semester, Dear Lafayette has continued to work toward their vision of “a world centered on transformative justice, accountability, and healing for all community members,” with one of their most significant points of progress being a refinement of the group’s objectives.

“We had already established a number of conversations last semester that got the ball rolling in terms of what initiatives different departments and different people at the college can implement so that they can better help their BIPOC students,” Flor de María Selena Cáceres Godoy ’22, an ally to Dear Lafayette who has been heavily involved with the organization, explained. “Thankfully those conversations have continued this semester. We are…narrowing our goals so that they are more achievable. We have created more of a structural plan so the goals that we are narrowing in on can be accomplished in the next two to three years.”

The original demands published by Dear Lafayette to their website still stand as the exhaustive list of goals for the collective. However, as a means of prioritizing where their energy is invested and in order to see practical change as quickly as possible, the group has published a short list of objectives to forward the mutual aid program, Godoy and team member Fatimata Cham ’23 explained.

Lafayette Mutual aid is the brainchild of Touré and is “a way to resist institutional funding, because there are always barriers with federal funding, with private funding, and it doesn’t always go just based off being BIPOC, sometimes it has to do with your income, where you live, your citizenship,” Cham said. “But there is a unique experience being BIPOC, experiencing a lot of racism, experiencing anti-blackness…so there does need to be some redistribution of wealth that goes with those lived experiences…we seek a redistribution of wealth but also to educate folks on why this is necessary.”

This redistribution of wealth is particularly important at a primarily white institution where many students report annual family incomes over $100,000, Touré added.

At the moment, Lafayette Mutual Aid, in conjunction with the womxn organization SHEESH, is currently raising funds with a goal of $5,000 dollars before they begin to release mutual aid funding for BIPOC students to spend on anything from their tuition to groceries.

Other priorities for Dear Lafayette this semester include hiring more Black faculty and staff on campus and resuming initiatives that have been put on hold, like the push to raise campus minimum wage to $15/hour. The group hopes to take their narrowed objectives to the Board of Trustees in the coming months, as well as to recruit more members to engage with the organization.

The college recently added an anti-racism page on its website, which lists resources for BIPOC students alongside anti-racism references like podcasts and tools for educators. Members of Dear Lafayette said they approved of the effort but worried that it would not go far enough.

“It was our idea…we had a meeting about initiatives they could do, and we brought up the fact that they could be in more of a system to having it, like a website, and I think they went ahead and drafted a website,” Touré said. “I think it’s a good way for people to see the type of initiatives going on, but I don’t want it to become something performative, to say the least.”

The group intends to call for the website to be updated monthly in an annual report, which they say should be made public in the near future.

The three students all expressed a deep desire for a campus that is safe for BIPOC students and one which does not rely on their labor to take action which ensures that safety.

“I want to move into a caring world,” Touré said. “A more loving community that amplifies the most marginalized folks.”