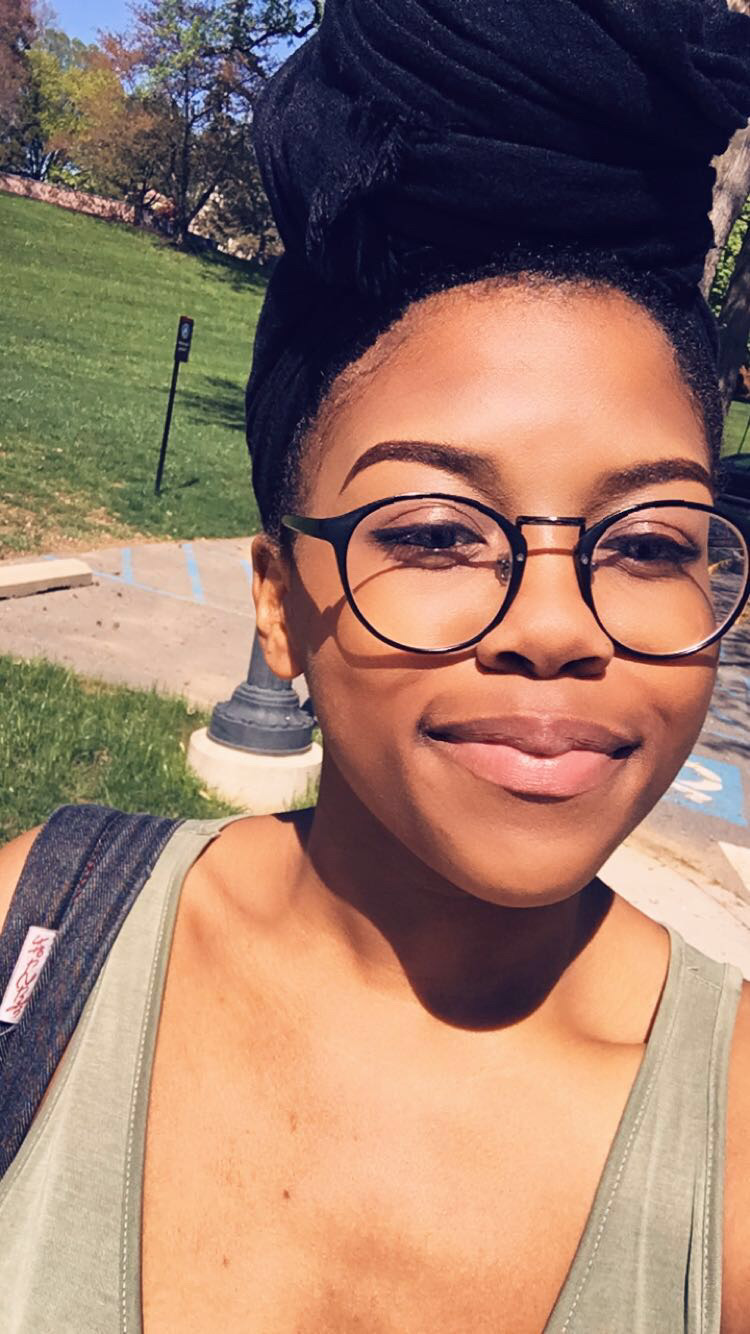 KeeShawn Murphy ’20 is, in her words, “naturally attracted to spoken word and poetry.” This year, that attraction paid off as she won the college’s MacKnight Black Poetry Competition.

The MacKnight Black Poetry Competition is an annual contest for college seniors. The competition’s namesake honors MacKnight Black, an American poet and 1916 graduate of Lafayette College. Murphy won this year’s competition with her poem “Firefly,” which explores the instinctual urge to persevere.

“Overall, it’s about the natural fight that exists in everyone, even if you don’t see it there,” Murphy explained. “I was asking myself, ‘When do you fight? When do you decide this is the war you want to win?’”

“Firefly” was born out of an assignment from Murphy’s sophomore year Intermediate Poetry class with professor Megan Fernandes. She was given a prompt to “write into the dark,” which she accomplished by turning her computer monitor off and typing into a black screen.

“That type of isolation made this poem what it is,” Murphy said.

Although she won last year’s flash fiction contest with her award-winning story, “A Mother’s Suicide Note,” Murphy admitted she prefers writing poetry to prose. She started writing poetry in the sixth grade through an after-school program that took her and other students to perform their poetry in venues like Washington, D.C.’s Busboys and Poets.

Because of these origins, she was heavily influenced by poets like Jasmine Mans and Alysia Harris, both of whom she cites as her favorite spoken word poets.

Since she graduated from Lafayette earlier this year as an English major with a concentration in Writing and a minor in Anthropology and Sociology, Murphy has been working for the YouthBuild Philadelphia Charter School, a school with the mission of providing students between the ages of 18 and 20 a trade certification and their high school diploma within a year. As a recruitment officer, Murphy has an in-between role for the school and its prospective students, encouraging those who may be interested to apply.

Murphy hopes to pursue an MFA in creative writing and to eventually obtain a PhD. Her ultimate goal is to become a professor.

“I just belong in the classroom,” she said. “My work now is more administrative, but I’m still working in a school. I’m still talking to students everyday.”

Murphy’s advice for aspiring poets is to “always give that piece a chance.”

“Don’t count out that one piece that was written in a not so beautiful time,” Murphy said. “It’s fine if you wrote it on a train on the back of a napkin. Those are the best [poems]. Whatever the origin of it is, don’t let that be the reason you don’t submit something.”

Terrance Hayes, award-winning author of poetry collections like “Lighthead” and “American Sonnets for my Past and Future Assassin,” judged this year’s MacKnight competition, which was postponed from its original date in the spring due to COVID-19 restrictions. Murphy performed a reading of her poem on Thursday in a virtual event featuring Hayes. Honorable mentions of the competition included Marcy Laufer ’20 for her poem “aloneness” and Mia Coutinho ’20 for her poem “To Go Back,” who also read their poems for the event.

Below is the award-winning poem:

Sometimes you have to leave a little blood behind

stories might say. Until the hairs on the back of your

spine settle. Tell them that you fought until the curl

of your lips became a straight line. That you fought

and scratched and pulled until your muscles stop

doing their job and demanded rest. To remind them

that you were here. To remind them that you lived.

Sometimes you gotta wipe your finger across the

window seal to leave a little mark.Take your scars,

mount them onto a canvas and never sell it. Call it

something worth saving. Call it bloody, call it

broken, call it new. Not as soft or as clear as before but

your body did not give up on you. Here is where you

decided to let the concrete remind you that you still

scar and bleed and rough things don’t hurt until

they do. Quiet your mind and listen for the sound

of your father’s voice. But if you so happen to lose

control and you find yourself forgetting why you are

here. Maybe your childhood can save you again.

Remember the God who promised you mercy and

grace. Try to remember the smell of slightly

overcooked sausage racing through the vents.

Remember when the funniest thing in the world

was a shadow puppet on the wall of your old

bedroom. When nights like that one you lost your

breath and didn’t mind it. So when the skin around

your ankles feel as if it’s tearing. Let them. They

know more about where you have been than you

think they do. There is danger in forgetting. To curl

into the corner of your sheets and hope to not be

found. It is the almost too familiar ending. It is the

burning away of marrow. When all of the days have

merged together. Remember, that for someone

somewhere, the moon hasn’t made its appearance

for quite a while now. Not a gleam of light or a

tomorrow for that matter.