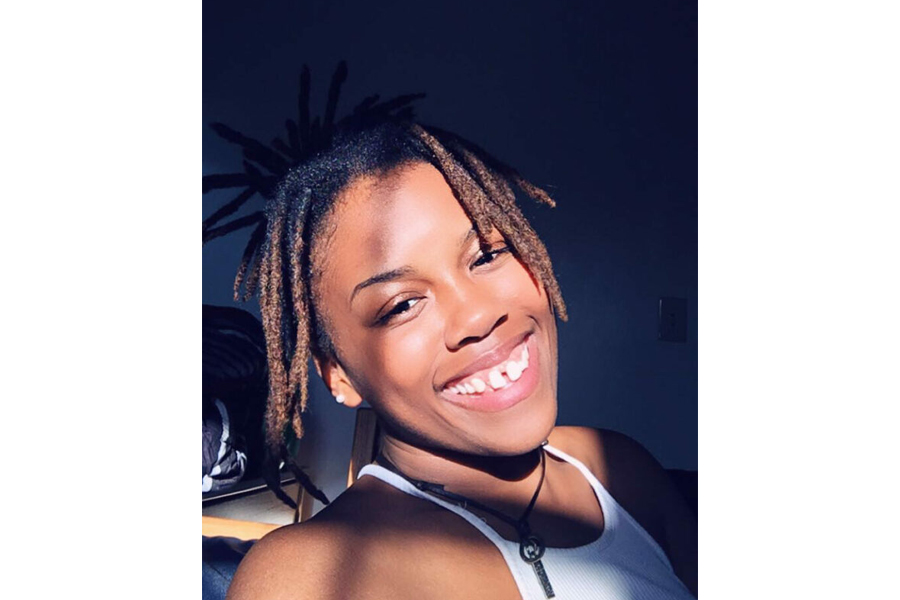 KeeShawn Murphy ’20 was this year’s Flash Fiction Contest winner for her story “A Mother’s Suicide,” which is a series of instructions left to girl by their mother. Below is the award-winning story:

Sit like a lady. Say your prayers. Always make the right decision. Never change the calendar before the new year starts. Use the bathroom before you leave the house. Wash your hands before you go in the refrigerator. Never buy a man shoes, he’ll walk away from you. Don’t let anybody take advantage of you. Respect your elders. Spit on the broom if you sweep over somebody’s feet. DO NOT have sex before you’re married. Don’t get married too young. Don’t let the looks fool you. Remember, boys tell you lies. Stay focussed. Be good to your momma. Sit like a lady. Fix your hair. Wear makeup. Don’t wear too much makeup. Wear shorts under that skirt. Keep your legs closed. That skirt is too short. Just wear pants. Look at me when I’m talking to you. Don’t look at me like that. Didn’t I say look at me when I’m talking to you. Sit like a lady! Fold your clothes like this. Fold your towels like this. Always hang your tops facing the same way. The hanger should hook inward not outward. Know the difference between cleaning up and straightening up. Puff the couch pillows when we have company. Always have emergency money. Sit like a lady! Remember life isn’t fair. Throw this away after you read it, no need to add to clutter.

By writing “A Mother’s Suicide Note,” Murphy was trying to figure out the kinds of instructions and guidance a mother would leave to their child, should the mother choose to leave them behind.

“How would we, then, take these directions about how to live if [the mother] decided, in fact, they didn’t want to anymore?” she said. “People get older, your parents get older and they leave you at some point even if it’s not necessarily a suicide….And so I was trying to figure out what a mother’s last words would be.”

Murphy’s story was highly inspired by Jamaica Kincaid’s short story “Girl” (1978), as well as a quote Murphy’s mother always says: “a mother’s child has it hard when a mother is gone.”

Much like Kincaid’s story, “A Mother’s Suicide Note” reads as a series of contradictory instructions by a mother on how to properly be a woman and interact as such within society.

“I definitely got inspired by the prose style because I’m a poet at heart, so I’m not used to writing in prose,” she said, adding that she is particularly fond of Kincaid’s “claustrophobic” writing style because she is not afraid of breaking the rules.

“I wanted to mimic the type of claustrophobia that comes with mother daughter relationships, and femininity in general,” she added. “Trying to figure out how to exist in the world, not just a girl but an adult woman.”

“A Mother’s Suicide Note” was this year’s winner of the Flash Fiction contest, judged by award-winning author Kate Racculia, who has published three novels: “This Must Be the Place” (2010), “Bellweather Rhapsody” (2014), which was the winner of the American Library Association’s Alex Award, and her most recent work “Tuesday Mooney Talks to Ghosts” (2019).

After students read their winning pieces, Racculia also read excerpts from her recent novel “Tuesday Mooney Talks to Ghosts,” which “is the perfect read for thrill seekers, wanderers, word lovers, and anyone looking for an escape to the extraordinary,” according to Goodreads.

As someone who taught a class at the college in 2015, Racculia said it was “just a joy to read students’ work and young writers as like trying to figure out how to do these things.”

As Racculia was judging the pieces, she found herself looking for stories that had interesting voices and “hit me right here, in the feels. Like something that kind of comes in quick and leaves a mark.”

Although most of the winning stories touched on serious topics, there were also hints of “humor” and “darkness,” which Racculia said made those stories good candidates, especially Murphy’s.

“Because the story has that great title of ‘A Mother’s Suicide Note,’ it sets you up to be like, ‘oh my gosh what’s going on?'” she said, adding that the story took an unexpected turn other than “goodbye cruel world.”

Murphy has been writing ever since middle school, when she had her first reading at Busboys and Poets, a restaurant in Washington, DC., where she grew up. Although she doesn’t remember what she read, she does remember wearing a yellow sweater, which she has been wanting to write about for a long time.

Ever since discovering writing in middle school, Murphy has attended various workshops and said she continues to take writing seriously. When she attended a writing workshop for a summer at Skidmore College, Murphy realized that creative spaces were the kind of environment she wanted to always be around.

“It just hit me. I was like, I love this space, just a space of workshopping creative work. This is what I want to do,” she said, adding that upon realizing that she couldn’t be a student forever, she decided she wanted to pursue being a professor at a small college similar to Lafayette. Post-graduation, Murphy hopes to get an MFA in creative writing and later on a PhD.