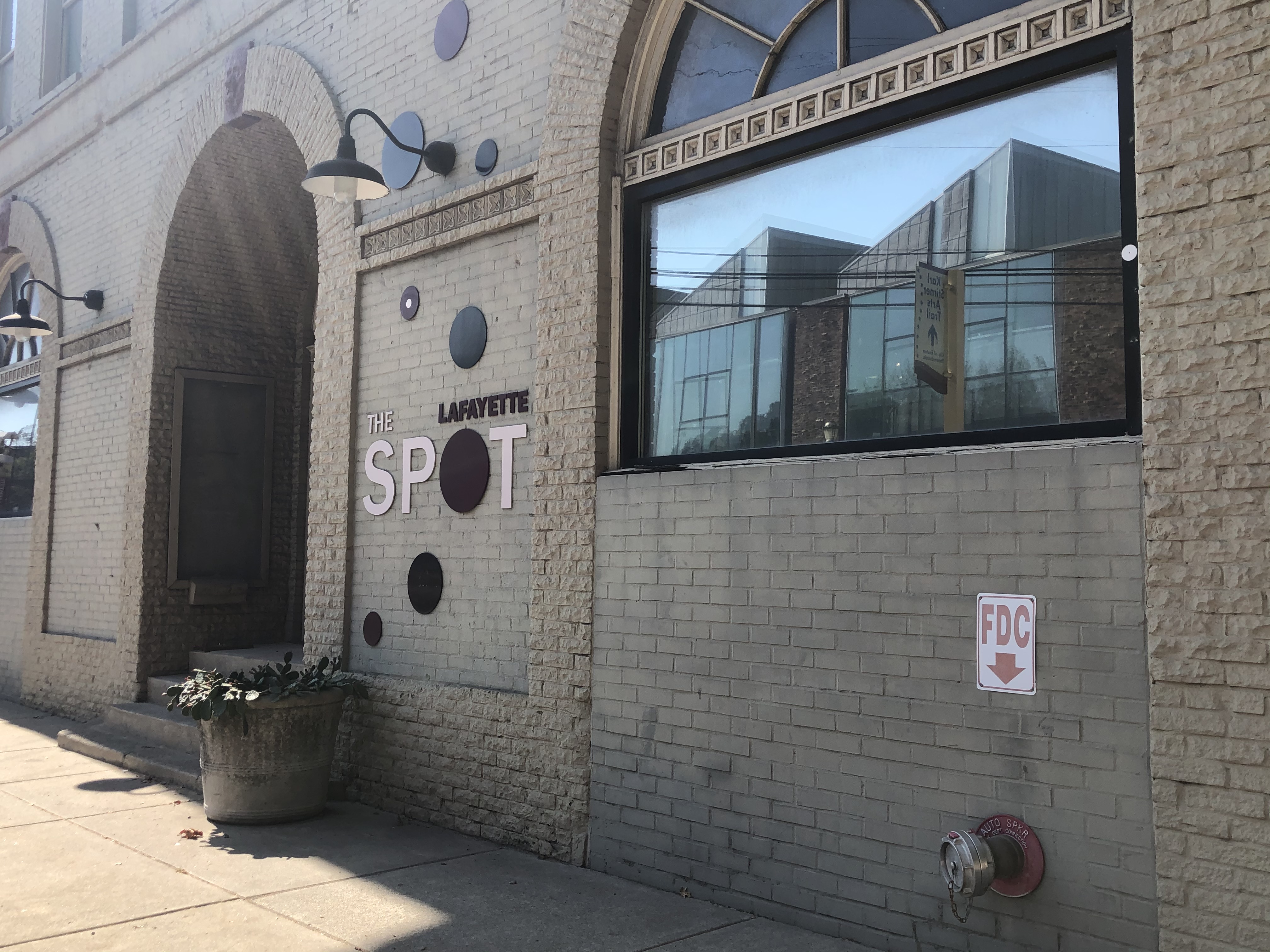 Don Juan Mex Grill owners Juan and Melanie Martinez plan to bring their Latin inspired cuisine back to Lafayette, with a new location at the base of College Hill set to open sometime during the spring semester. The restaurant will replace the 518 March Street store, which closed in June, and will be named the “Don Juan Mex Grill Trailhead & Cantina.”

The Martinezes and Lafayette are currently finalizing the lease for the space, which was formerly occupied by The Spot on the arts campus. President Alison Byerly confirmed that an agreement is being made to rent the college-owned space for a restaurant, with adjoining parking available behind the building.

“Of course I’m excited to be back, we love College Hill,” Juan said. “It was bittersweet closing the [518 March Street] location.”

The new restaurant will be similar to its former location up in College Hill, Juan said, but it will have a full service bar as well as an expanded version of their original menu. Enchiladas, chimichangas and fajitas are some of the new arrivals that are not carried at the other Don Juan locations.

“Imagine a fast casual restaurant with a bar,” Juan said. “So we’re going to have a full bar in there so you can have a Corona and a taco, as long as you’re of age.”

With a convenient location just down the steps from the college, Juan expects that the Lafayette faculty, staff and students, as well as College Hill residents, will come to enjoy the food or “a drink or two with their friends.”

Byerly said that the restaurant will not be part of the college’s dining services, but Juan confirmed that students will be able to use Pard dollars just like they did at the former location on March Street.

“People are on the go, people are more budget-conscious, so I don’t want my customers to feel they have to leave a 20 percent tip,” Juan said. “If you feel like you need to, you could, but it’s not necessary.”

He pointed out that his employees will make a competitive per-hour salary rather than being paid a low server’s wage. Similar to the old location, the Trailhead and Cantina will provide opportunities for student employment.

The location will be open from 11 a.m. to 9 p.m. Monday through Thursday and will close at 10 p.m. on Friday and Saturday.

The restaurant will be closed on Sundays’, as part of Juan’s decision to give his teams “a day off to be with their family.”

In addition to being open to the general public, the venue may provide a lunch choice for students on the arts campus who don’t want to walk up the hill in between classes or wait for the shuttle. The need for more dining options, especially near the arts campus, was highlighted in a recent course scheduling meeting.

“One of the ways we’re thinking about [the restaurant] is as a kind of food for the arts campus,” Byerly said. “We also see a need for food on the arts campus more than what we’ve been able to supply at The Spot, so that’s a large part of the goal.”

Vice President for Finance and Administration Roger Demareski said that the school asked the Martinezes to provide lunch that “was quicker for students that were down in the arts campus.” He added that the new location presents an “opportunity” given the events at the nearby visual arts building and Buck Hall.

Don Juan Mex Grill originated on College Hill in 2011, when the Martinezes opened their first restaurant.

“You’re making me look old, man,” Juan laughed, when told that his restaurants had been a part of College Hill for nearly a decade. “It actually makes me proud, I was thinking about that, like 10 years … that’s crazy.”

Juan said that the support from the college, as well as from the employees and students, gave him the confidence to “build what I’ve built.”

“Lafayette College has been an integral part of what we’ve done because they validated the concept [of the restaurant] to us,” he said. “I love the college, they’ve been good to us.”

As soon as the Martinezes and the college finalize the lease, Juan said that the next steps are to get permits from the City of Easton, and “go over the planning” before starting construction.  He said the whole process would take four to five months, with an expected opening date sometime in early 2019.

“The Spot is our next project for now, and we’ll see what the future brings,” Juan said. “Right now I’m enjoying the moment.”