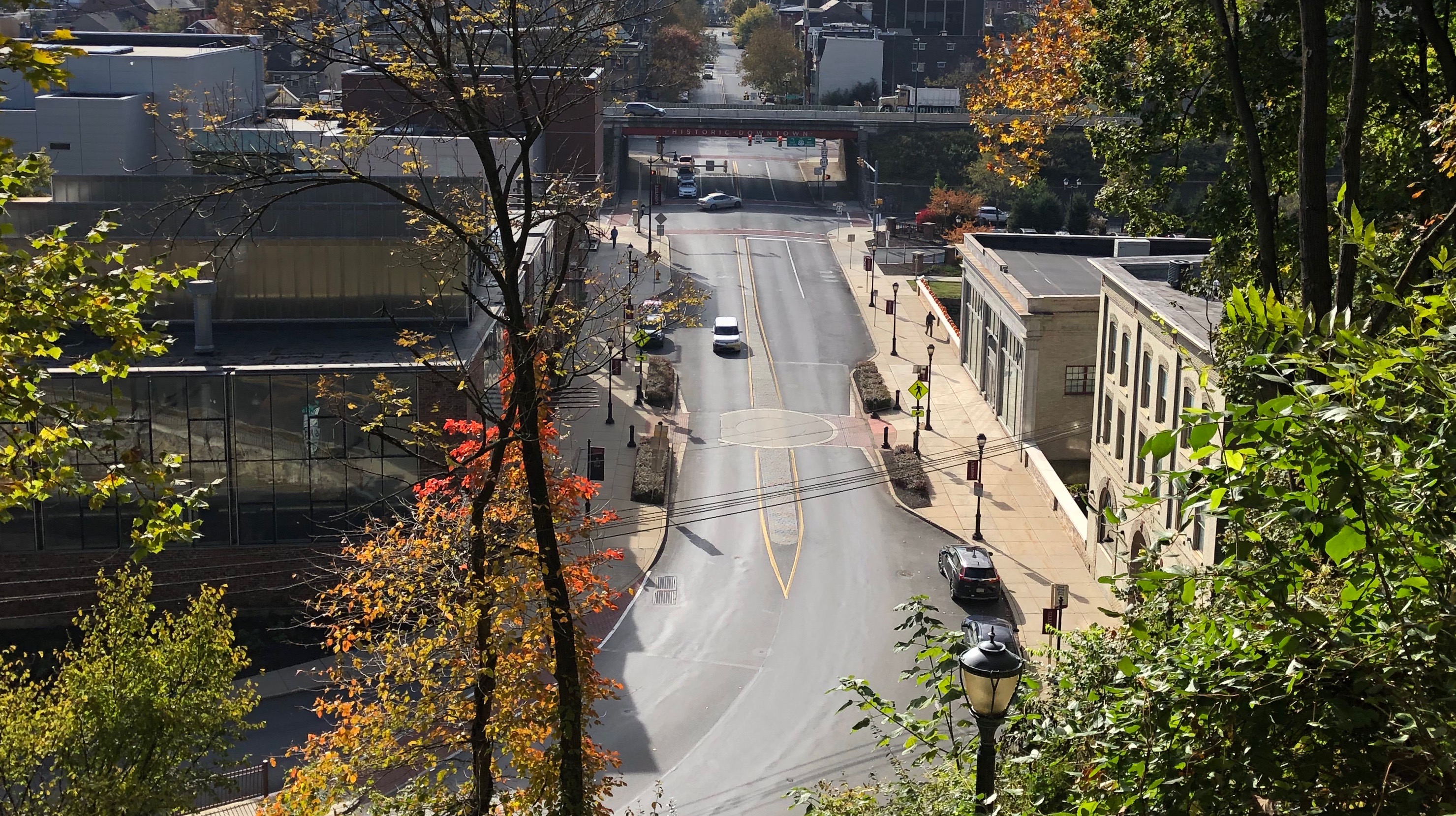 One of the primary concerns students expressed was the frequency of shuttles to the arts campus. (Photo by Brandon Marin ’22)

The Lafayette College course scheduling committee held three open meetings last week to present their findings of a survey conducted during the first few weeks of September. The survey gathered information on class schedules, co- and extra-curricular programming, current and future dining hall options, and foot and shuttle transportation to the arts campus down the hill, and was distributed to students, faculty and staff.

One of the common themes in the survey responses was that the travel time from the main campus to the arts campus is insufficient if students have back-to-back classes. Over 84% of students traveling across the main campus said they “usually” or “always” have enough time to get to class, compared to just 14% for students traveling to the arts campus. Accentuating this issue is the fact that over 34% of students also said that their classes run late “at least once a week,” with over 11% saying that occurs “several times a week.”

“When we look at trials of students traveling to and from the arts campus … that’s a clear indication that transportation times are a pressing issue [for those] who are going back-and-forth,” said Professor James DeVault, Department Head for Economics and a member of the course scheduling committee.

While Lafayette has a shuttle that runs to the arts campus, just 24% of students take the shuttle compared to 58% who walk.

“What seems to be one of the biggest issues is that the shuttle doesn’t come regularly enough,” said Olivia Coughlin ’20, one of the student members of the committee. “Or, if it does, it’s not getting you up the hill in time for your next class.”

For students who have never taken classes at the arts campus, three of the top four most popular responses for why were “too far,” “not enough time to walk,” and “inadequate transportation.”

“There’s a sense that students are actively not taking courses on [the arts] campus as a result of this transportation issue. That’s problematic in terms of enrollment in the arts courses,” DeVault said.

On Monday, Wednesday and Friday, the percentage of classrooms in use is 86% at 9 a.m., 88% at 11 a.m., and 83% at 1 p.m. All three of these would fit into the “very high” usage category. With the student body population expected to continue to increase, the high classroom usage at specific times may pose a challenge to course scheduling.

“What growth is going to do, I think, is going to push usage up in these other categories,” DeVault said. “Of course that depends on other facilities and whether there is additional classroom space.”

Another major issue the course scheduling committee examined is the common lunch hour on Lafayette’s campus. 74% of faculty, 81% of students, and 85% of staff members think that having a common lunch hour is either moderately or very important.

“We found an overwhelming response that people feel like a common lunch hour is a key element of this school,” Coughlin said. “You can have that time to meet with groups and have lunch with people and know they’re always going to be free during lunch.”

Lafayette is one of the few schools that has a common lunch hour for all of its students, according to Coughlin, and examining similar schools has been part of the information collected by the scheduling committee thus far.

The last core issue examined by the committee is co- and extra-curricular scheduling during the day, and the impact it has on the student-athletes at Lafayette in particular.

“There are…a lot of different segments of campus, within the students, within the faculty, within administrators, and everybody has a lot of needs that need to be met,” said Erik Laucks ’20, the other student member of the course scheduling committee.

The committee examined how frequently students, faculty and staff attend additional class activities during the lunch hour (noon), between 4-7 p.m. and between 7-10 p.m. What they found is that students are significantly more likely to attend extra events during all three of these time blocks than faculty and staff are.

“There were concerns about what exactly the boundaries of the academic day are from students and from faculty,” Laucks said.

Another survey question asked participants to rate the impact that having extra-curricular activities during these time periods would have on their typical day. The committee discussed the particularly negative impact on student-athletes, who have obligations during these time periods. Athletes often practice during the 4-7 p.m. block and therefore have to take night classes when they are already often waking up early in the morning for a team lift or visit to the athletic training office.

“And you can see that 12 noon, 4-7 [p.m.], and 7-10 [p.m.], very negative, somewhat negative, and little or no impact are the dominant responses,” said DeVault. “There are very few responses for these time periods that are positive.”

In terms of participation for the survey, the faculty were the most responsive with a 68% response rate, while the staff (28%) and students (24%) had significantly fewer responses.

According to Dean of the Faculty Jamila Bookwala, who was one of the presenters for the open meetings, the course scheduling committee will continue to meet regularly throughout the fall, and will host more open community meetings in October.