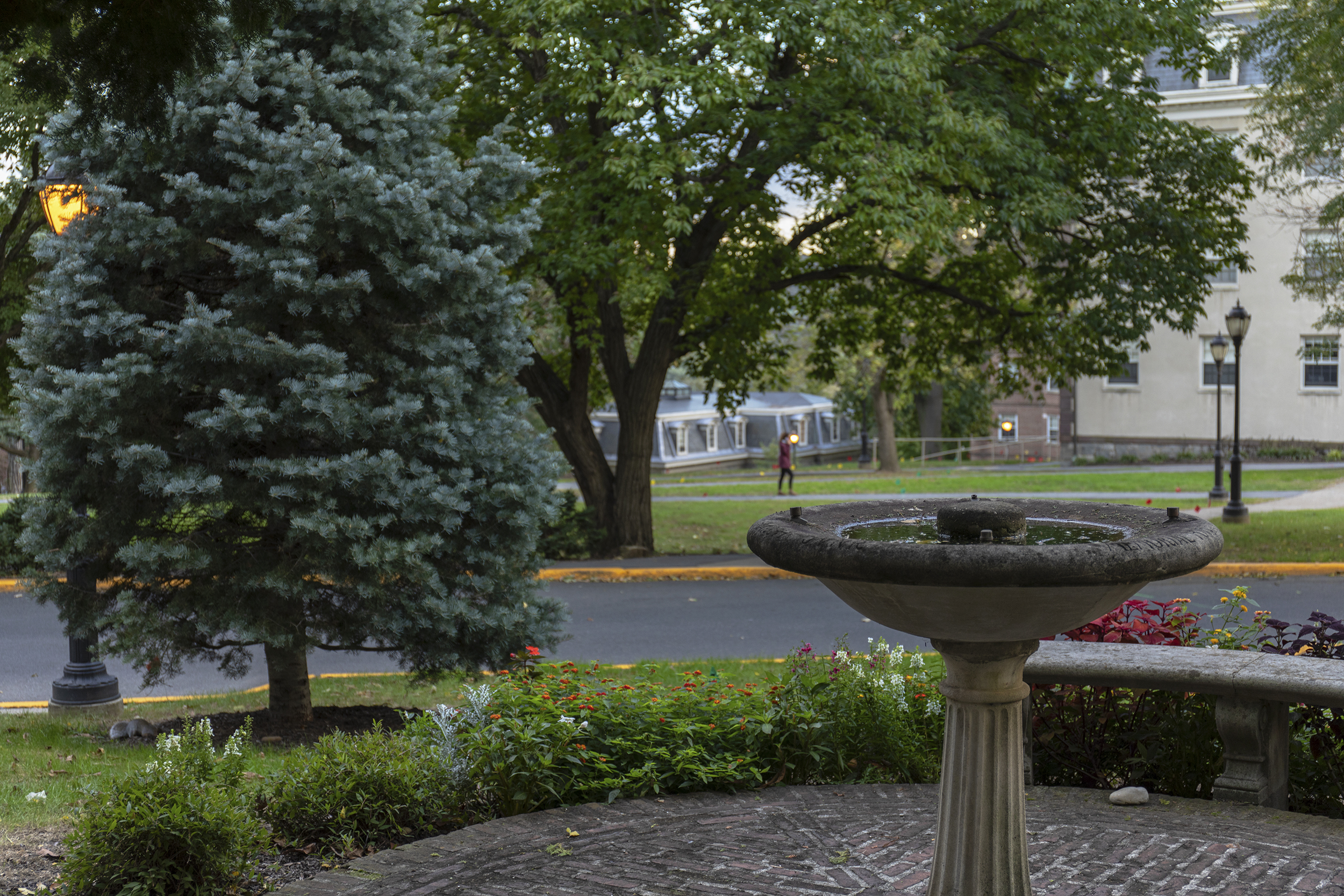 Marie Fechik-Kirk, Director of Sustainability, presented the new climate action plan for reducing Lafayette’s carbon footprint to the board of trustees this past weekend. Before the presentation, representatives from environmental groups around campus were working on collecting signatures for a petition, now with over 1,000 names, supporting the new plan and establishing the community’s commitment to achieving carbon net neutrality.

Last February, Fechik-Kirk told The Lafayette that the a new plan was set for a tentative October 2018 completion after the college’s previous one fell out of use.

Chair of the Board Robert Sell wrote in an email “[t]he presentation [by students and other presenters] was comprehensive and quite compelling,” adding, “As with other important priorities of the college, the administration will now work with the appropriate parties to develop an action plan and set of actions to be pursued.” The plan will be brought before the board again later this semester.

Emma Stierhoff ’20, president of Lafayette Environmental Awareness and Protection (LEAP), said she came up with the idea for the the climate action petition when she realized that Lafayette was not doing all that it could to meet the goals set in its last climate action plan.

Eco-rep and LEAP member Josh Kline ’19 added that the petition is a small policy-focused initiative intent on showing the administration that Lafayette community members from all walks of life care about making energy use on campus sustainable.

The petition states support for initiatives in the updated climate action plan for addressing the reduction of greenhouse emissions, including installing heating, ventilation and air conditioning (HVAC) occupancy sensors for light switches and energy efficient light bulbs, temperature setbacks of 1-2 degrees in dorms and introducing onsite solar power to campus and Metzgar fields.

When Fechik-Kirk explained that a new climate action plan was to be unrolled this year, she guided Stierhoff’s petition to show student support for the new plan. Officially started last spring, this petition is the latest grassroots movement at Lafayette intended to show the campus’s commitment to a more sustainable future.

“This actually started a year ago or so [when] I was leading a political action initiative [in LEAP],” Stierhoff said.

When LEAP started the climate action petition last semester, intending to show support for electricity conservation on campus, they got about 200 signatures.

This semester, working together with the other “green” groups on campus, tabling outside Skillman, in Farinon and at events like Block pARTy, the petition gained another 1,100 signatures from students, faculty and staff across campus.

“To hear so many people specifically on this campus be so passionate and enthusiastic is really heartening,” Kline said.

Kline, Stierhoff and a few other students also had the opportunity to meet with the Stone House Group, the company which helped the Office of Sustainability write the new climate action plan, to serve as a focal group for the updated plan. Stierhoff also got the chance to help revise the plan as it reached its final stages, providing a student perspective.

Stierhoff said it has been great to see so many people getting involved in sustainability, since it will become more important as the community grows.

“As Lafayette expands, we need to expand sustainably or the expansion itself won’t be sustainable,” Stierhoff said. “That’s where the world is heading.”