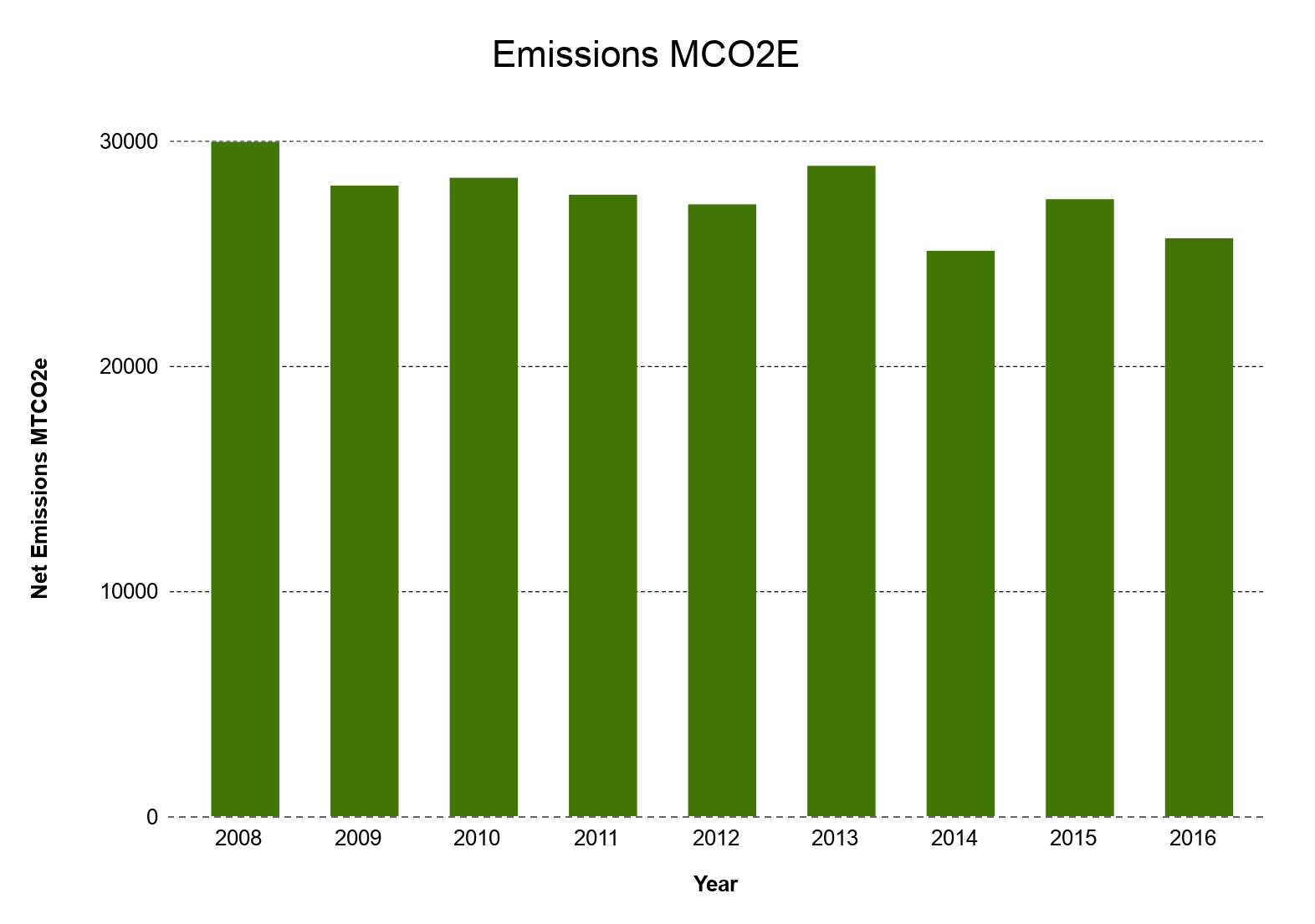 The college has embarked on a new chapter in sustainability with another plan in the works, tentatively scheduled for completion by October 2018, Director of Sustainability Marie Fechik-Kirk said. The college had a plan from 2011 but it fell out of use with data collection not being kept up to date.

While the 2011 plan focused on energy efficiency, this one will look to include that and using more renewable resources. A steering committee of four members will work with a working committee of 17 members of the Lafayette community, all of which will receive feedback from student environmental groups such as LEAP and will work with an outside firm called the Stone House Group.

Fechik-Kirk said this plan will most likely be a five-year one, in terms of how far into the future goals will be set. The college will look to go further with its goals than it did with the 2011 version, she added. Despite the addition of the future Integrated Sciences Center and the planned McCartney dormitories, she said that she hopes the college will continue the decreasing trend in its carbon emissions while the campus space expands.

The Stone House Group, which has worked with similar institutions as Lafayette in this field, is helping the college assess itself and come up with challenging but achievable goals for reducing carbon emissions and becoming a more sustainable campus, Fechik-Kirk said.

The group’s purpose is to “offer services in energy management, facilities management, sustainable design consulting and commissioning, which together improve ‘Building Stewardship,'” according to its website. Whether or not they will stick around after the completion of the plan is yet to be determined, Managing Principal of Stone House Larry Eighmy said.

“We’re working hard to identify the overlap between financial sustainability and environmental sustainability,” said Eighmy, who specializes in facilities and operations management, master planning and sustainability, according to his profile on their website.

Currently, the group is nearing the end of their survey period of the college and will soon begin working through models of “how the carbon could be reduced,” he said. They will plan out strategies and then move onto implementation, he said, which could include “potential costly infrastructure changes” and “more mundane low-hanging fruit types of changes,” such as switching to LED light bulbs to reduce energy usage in buildings.

Bringing in Stone House to help was about a $100,o00 investment, Fechik-Kirk said, but what the college will save from becoming more energy efficient and renewable will more than pay back that cost within the first few years the climate action plan is in place, she predicts. She added it is a relatively small portion of the college’s budget and comes from the sustainability office’s portioned out budget.

Much work went into beginning the endeavor of a new plan. Fechik-Kirk said that since there was no one in her role before she came to campus, three years of data on greenhouse emissions needed to be compiled to see where the college was in terms of greenhouse gas emissions.

“We calculated our greenhouse gas emissions” for 2014, 2015 and 2016 late last year, she said. Those hadn’t been calculated previously most likely because “there wasn’t a sustainability office” then, so it wasn’t anyone’s job to do so, she added.

Since 2008, the college has reduced its emissions by about 14%, a measure which includes college transportation, heating and cooling and electricity usage, of which the latter two use the most energy.