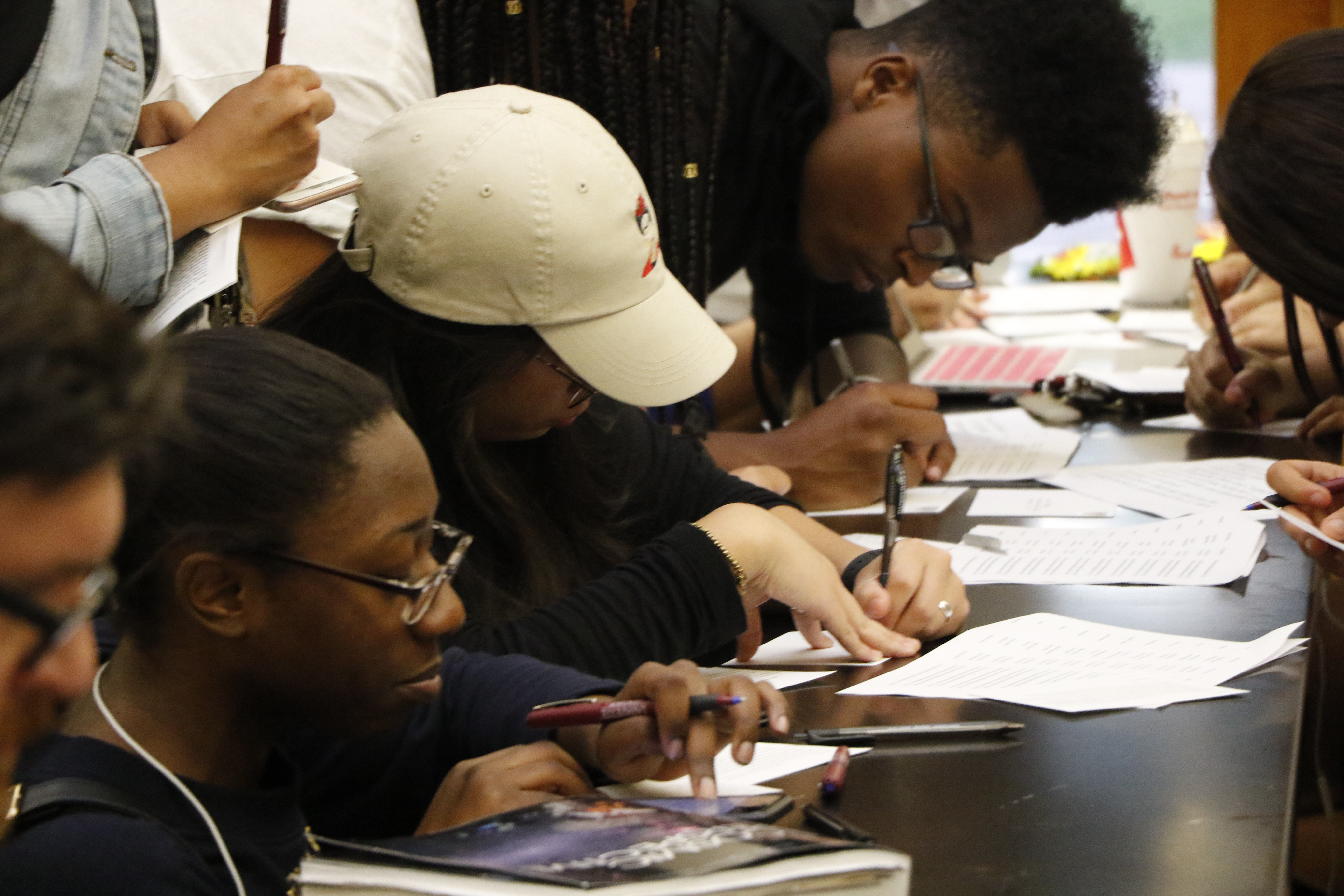 Within two hours, students, faculty and staff who gathered in the Farinon Atrium had written over six hundred post-cards and made over two hundred phone calls to Congress representatives across the country to urge them to protect Deferred Action for Childhood Arrivals (DACA).

Charles Evans ’19 organized this Phone-a-thon in support of DACA on Wednesday, with the support of Dean of Advising and Co-Curricular Programs Erica D’Agostino and Connected Communities Fellow Brianna Braswell ’16.

President Donald Trump’s decision to end Deferred Action for Childhood Arrivals (DACA) in six months, pending action by Congress, left the future of many undocumented immigrants uncertain, including students at Lafayette. This uncertainty prompted action from students such as Evans.

“Sometimes, as a campus, we fail to act right away. We talk about things, and it just goes up the air and never really comes down,” Evans said.

Evans witnessed the fears of those affected by Trump’s decision and felt the urgency to take action.

“Though I did not know what to say at the moment, I knew there [had] to be something we could do about [this],” Evans said.

Evans, Braswell and D’Agostino hope for this event to ignite “a chain of reactions,” and for students directly affected by DACA to feel supported by the Lafayette community.

“Just the fact that there are people in this country who have grown up here and now their future in the next few months is so uncertain—that’s just not fair,” Braswell said.

“[This Phone-a-thon] will allow students to show other students that they are supported and welcomed at the College and it also gives our students the opportunity to be advocates for change,” D’Agostino wrote in an email.

Several volunteers were manning the table while Evans used a microphone to encourage people to sign postcards and call their representatives, even those who were not aware of what DACA meant.  Special emphasis was placed on Pennsylvania representatives Robert P. Casey Jr. and Patrick Toomey.

In their calls and post-cards, students shared their support of DACA and how they feel its both important and beneficial.

“I think DACA has enhanced not only people’s lives, but our country as a whole, by giving people who have talent the means by which to succeed. I think this cause is absolutely necessary to support. Everyone should have the opportunity to do something they love,” Lesley Idrovo ’20 said.

Braswell described the atmosphere as “fun and positive” and felt it was beneficial also in educating students about DACA. Students from the Hispanic Society of Lafayette and NIA helped in this education effort by creating a banner for the event debunking DACA misconceptions, such as that DACA students are going to college for free.

Another Phone-a-thon is planned for Friday in the Farinon Altrium during lunch.

Students came together for a number of reasons because DACA is something they felt they need to defend.

“I’m here because I feel like every single person deserves to live in this country,” Fanessa de la Rosa ’19 said.