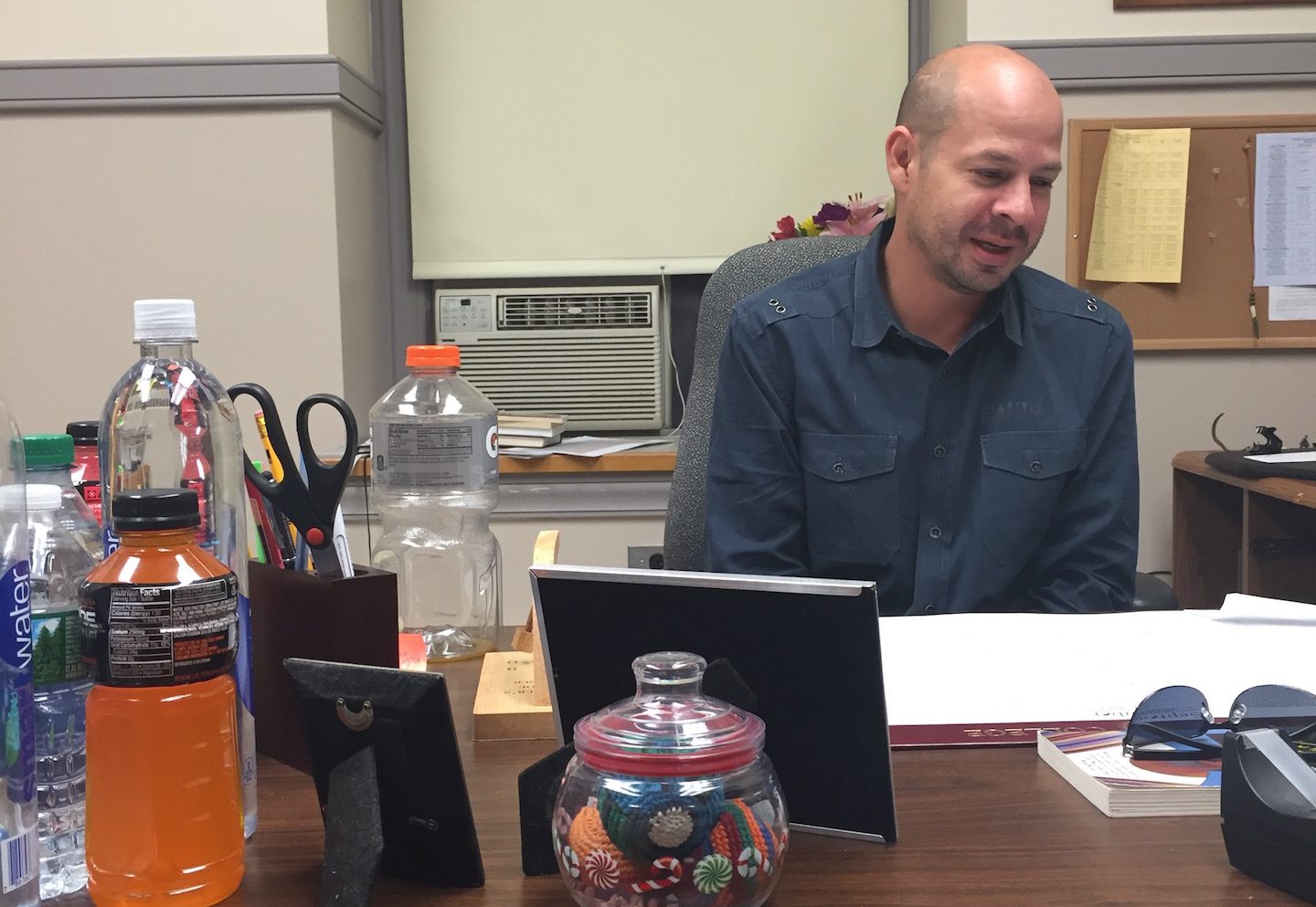 Spanish Professor Juan Rojo announced to the board of trustees Saturday that he plans to suspend his hunger strike Monday at 10 a.m. Faculty were notified Sunday morning.

Rojo has only consumed water and sports drinks since announcing his decision to hunger strike at a faculty meeting on Tuesday after the denial of his tenure application. His two demands were not met before his announcement to end the strike.

Speaking to The Lafayette, Rojo said that after discussing it with several “trusted colleagues” on Saturday he decided to end the strike on his own terms to avoid the board of trustees feeling “blackmailed” or “held hostage.”

“I cannot discount or ignore [my colleagues’] concerns or their perspective,” he said. “And if some of them feel that my stance is putting undue pressure on the process then I think I have to be cognizant of that. I have to be receptive of that.”

“Nobody wants to go into a meeting knowing that if they decide the wrong way, quote unquote, someone’s life could be in peril,” he said. “And so I want to remove that from the equation. This way any body – whether it be the board, whether it be the faculty, whether it the president or whomever – can consider this case and this process without having the added pressure and look at the facts.”

In the announcement letter addressed to the Lafayette College Board of Trustees given to The Lafayette by Rojo, the professor wrote that he ends the strike “in good faith and in recognition of and in gratitude for the faculty’s significant, multifaceted efforts to redress the procedural error in my tenure case, and the even more pressing concerns related to faculty governance that tolerating this error would convey.”

According to a letter given to The Lafayette by President Alison Byerly, Chair of the Board of Trustees Ed Ahart ‘69 responded, “Thank you for your most recent letter.  I know that all members of the Board of Trustees are relieved to learn that you are choosing to end your hunger strike. Like other members of the community, we have been deeply concerned for your health.”

Rojo said he is not ending the strike because of health concerns.

Ahart added that the board of trustees will respond to Rojo’s letter, which he sent on Aug. 30, “in due course.” When asked, Rojo wrote that letter should remain confidential.

On Tuesday, there will be an “special faculty meeting” with an unknown agenda, except for the first motion to enter immediately into “executive session,” according to an email given to The Lafayette.

Rojo plans to continue the hunger strike until Monday at 10 a.m. He said he has been sleeping in his office and showering in the gym to avoid tempting himself to food and to display his commitment to his hunger strike.

He issued a statement addressed to “the Lafayette Community and to those who have been following my hunger strike.”

“As I have said all along, this case goes beyond me and my tenure case,” the statement read. “At stake is the historic and future role of the faculty in the College’s governance as well as the role the Administration and Board play in relation to academic policy.”

“Those that know me, know that I do not crave the spotlight,” the statement continued. “But I felt it important to stand up for myself, my colleagues, and my institution to redress a serious procedural error as well as to protect faculty governance.”

Rojo said he is committed to working with Lafayette College to move forward. For him, ending the hunger strike does not mean his demands have been met, nor does it mean that his hunger strike has failed.

“The issue is not over; it has not been resolved,” Rojo said. “The board could still say that their decision stands,” referring to the decision about his tenure and the decision to uphold the tenure review process.

“The decision to end the hunger strike was more difficult than the decision to start,” he said. “It feels scary. I don’t know that it’s not a mistake. But at some point you have to take some things on faith.”

“I don’t feel like I’m alone in this anymore,” he added.