After finishing dead last in the Patriot League standings a year ago, the Lafayette women’s soccer team faces a harsh reality: to figure out a new approach to success. Following a standout 2011 season, the team won just four games total last season, including only one Patriot League matchup. All-Patriot League goalkeeper Lauren Smedley ‘13 […]

A long summer of training has made the Lafayette women’s cross country team all the more ready to race again, starting tomorrow at the Lehigh Invitational. First-year coach Jen Curran is excited for the meet to get underway. “It’s the first meet so we are trying to just get our feet wet and get a […] 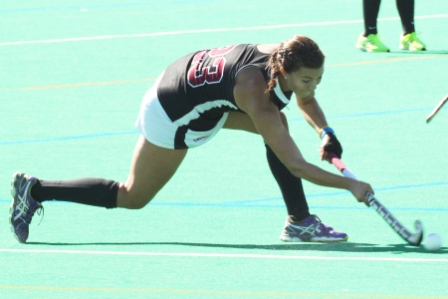 Photo by Ally Hil ‘15 | Photo Editor With a new head coach and set of team leaders, the Lafayette field hockey team is seeking its third consecutive Patriot League title. That quest begins this Sunday at home against Iowa. Following the departure of coach Andrew Griffiths in December, Lafayette promoted Jennifer Stone, who served […]