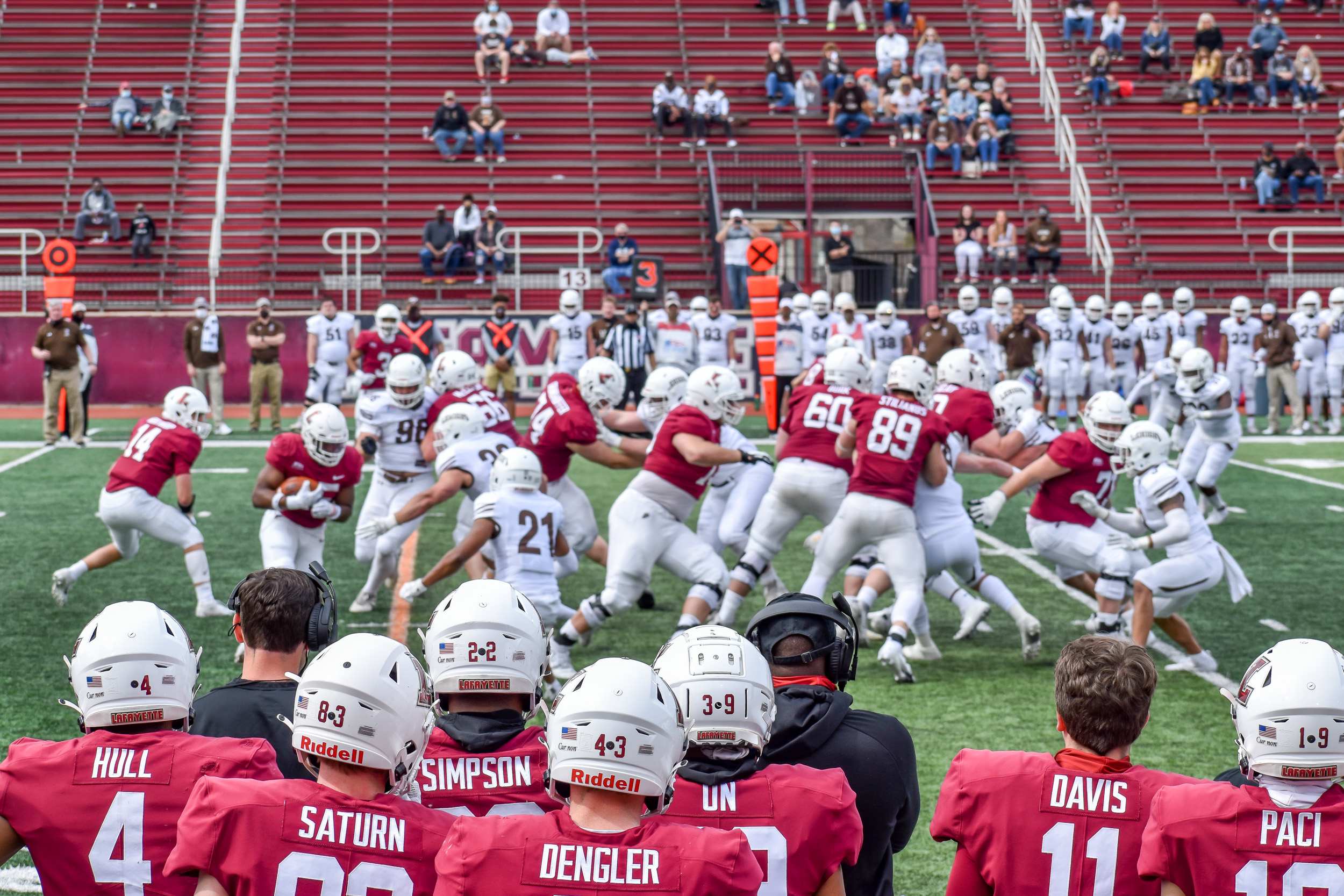 Last May, a number of students submitted One Pard reports to the school after seeing a social media post detailing an alleged bias incident that occurred near campus. The post accused one of Lafayette’s best football players, tight end Steven Stilianos ’22, of being the perpetrator in this incident. He did not travel with the team to compete against Air Force this past Saturday but remains featured on Lafayette’s football posters and is on the Lafayette football roster.

“Steven Stilianos continues to be part of the Lafayette football family and is currently not playing because of a disciplinary matter,” Director of Athletic Communications Phillip LaBella wrote in an email. “Director of Athletics Sherryta Freeman and head coach John Garrett have no further comment on this topic.”

Scott Morse, Senior Director of Communications for Campus Life and Athletics, declined a request for comment.

Dean Brian Samble referred to the event as an “assault with bias” in his email sent to the student body on May 22 and stated that, “Lafayette condemns violence and discrimination in all forms, and we will do our utmost to investigate and address any reports received.”

Stillanos did not respond to multiple requests for comment.

“When the investigation is finished, the report is sent to Student Conduct for consideration of College policy violations,” Samble wrote last May. “The College Code of Conduct is the means by which we hold individuals and groups responsible for behavior that violates our policies. Our processes require that students who initiate a process and those accused of violating our policies are afforded an opportunity to provide information in the investigation.”

With this development, the Leopards are down a key player for the foreseeable future, as Stilianos won the All-Patriot League First-Team honors and team offensive MVP in the spring 2021 season. In his breakout season, he caught four touchdowns, including two against Lehigh, winning MVP honors. Stilianos was also named to the Patriot League Football Preseason All-League Team this fall.

A member of the team informed The Lafayette that players were not allowed to comment on the situation as instructed by their head coach, John Garrett.

No other players on the football team responded to a request for comment.

President Nicole Hurd declined to comment on this incident as it occurred under the tenure of Lafayette’s previous president, Alison Byerly, and Hurd is not briefed on the topic but shared what she hopes Lafayette will look like moving forward.

“I’m a big believer that all of us deserve to be seen and valued and heard,” Hurd said. “And part of the work I want to do whether it’s around diversity, equity, inclusion, or just in terms of rebuilding relationships, is making sure that we have both the structures and support to make sure that every student feels safe, feels valued, feels heard, feels supported.”