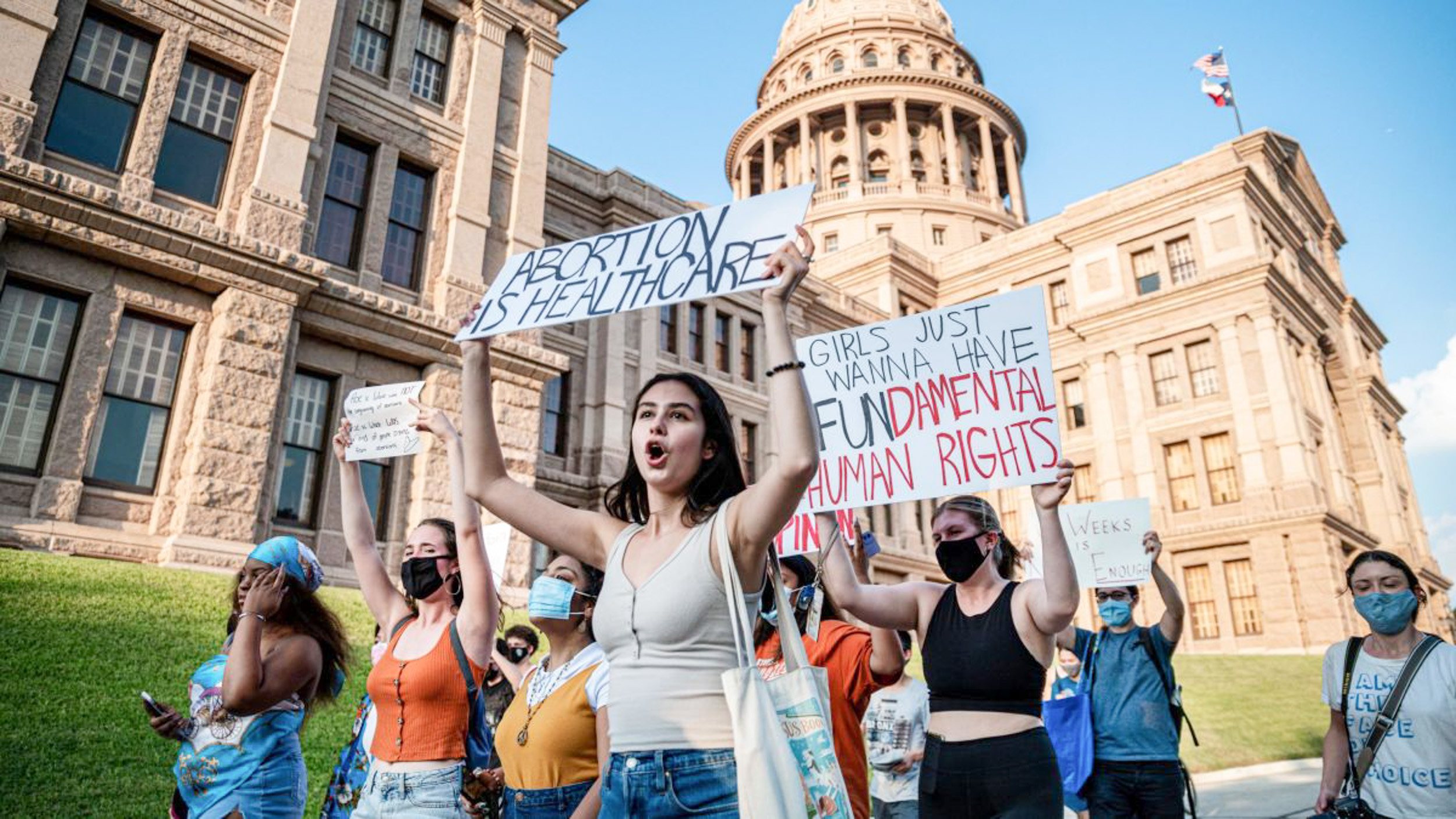 Lafayette students worry about the implications of the new abortion law in Texas, citing in particular a provision that allows individual citizens to bring civil suits against those who help facilitate abortion (Photo courtesy of CNN).

Dismay rocked the campus for many this month as Lafayette students learned about the enactment of the new abortion law in Texas. While legislatures across the country have attempted to limit abortion ever since the Supreme Court ruled that women have a constitutional right to the procedure in the landmark Roe v. Wade decision, the Texas abortion law, also known as SB8, is unique from past bills in many aspects.

SB8 banned any abortions after cardiac activity is detectible in the fetus, around six weeks into pregnancy. Signed into law by Texas Governor Greg Abbott last June, SB8 became law on Sept. 1. The legislation makes no exceptions for cases involving rape or incest.

“What these bans really do is they send a message that autonomy and empowerment and justice don’t have a place in our society and that we can’t allow people to make decisions about their own livelihoods, their own personhood in their own bodies,” Thalia Charles ‘22 said.

In addition to the state enforcing the law, SB8 empowers private citizens to sue anybody who “aided and abetted” another in getting an illegal abortion. Individuals ranging from the doctor who performed the abortion to the Uber driver who drove the pregnant person to the clinic could be subject to litigation brought on by private citizens. According to the legislation, those who bring a successful suit against an abortion provider can be rewarded with up to $10,000.

“Several other states have passed fetal heartbeat laws, but they’ve been struck down by the courts. Giving private citizens the right to sue is what’s really different about the Texas law,” government & law professor John Kincaid said.

While the ability for private citizens to bring civil lawsuits is unprecedented for abortion laws, it is not completely uncommon in other areas of law.

“Federal and environmental laws allow people to sue the Medicaid program for fraud even if you haven’t lost any money yourself, so there are plenty of precedents for these kinds of private suits,” Kincaid said.

This feature of SB8, including the monetary reward for a successful lawsuit, raises concerns for students. Many fear that people’s privacy, boundaries and safety could be violated due to the potential incentive offered by a $10,000 reward.

“There will be individuals who are just trying to make a profit and people will use this as an opportunistic way to make money, which is my first fear,” Vice President of the College Democrats Connor O’Neil ‘22 said. “I think it’ll create this atmosphere of witch-hunting. You can accuse someone, sue them and then they still have to go through the whole legal process even if they have not partaken in any of the things that this law allows individuals to sue for.”

The Lafayette College Republicans did not respond to multiple requests for comment.

On the other hand, groups in favor of the legislation note that the reward is only for successful lawsuits brought against abortion providers, not against the individual women who got abortions, according to NPR.

“It really is just putting women in a really bad position because a lot of them don’t even know that they’re pregnant at that point. And then even if you’re a victim of rape, it’s still going to be very difficult to get an abortion, so they’re really punishing the women who are just wanting to protect their bodily autonomy,” president of Women in Law Jules Bernstein ‘22 said.

Charles agreed that she feels this law strips her of her autonomy.

Lafayette students questioned the effect that this law will have on underprivileged individuals in Texas. Abortions can be both time-consuming and expensive, meaning only privileged people would be able to circumvent the law by travelling out of state to get a safe abortion.

“It’s going to specifically target low-income people because they may not be able to cross state lines. You may need to factor in travel childcare if you have children and many of the people who actually have abortions are already parents, so it’s a very costly endeavor to travel out of state,” Charles said.

O’Neil also voiced his concern about the law’s potential effects on underserved populations.

“The law really only limits legal abortions and safe abortions, and it prevents especially lower income individuals from getting access to quality care instead of having to go out of state, which is still expensive. So it’s detrimental to the health of individuals who are seeking abortions,” he said.

The Supreme Court voted 5-4 to deny an emergency appeal from abortion providers in Texas, but noted that they ruled based off of procedural considerations as opposed to issues of constitutionality. The challenge to the law remains pending in lower federal courts, according to the New York Times

“Personally, I thought the court should have not allowed it to be implemented because it clearly contradicts Roe v. Wade. Many women don’t even know they’re pregnant at the six week point in time. So, the vast majority of abortions are really illegal under the law,” Kincaid said.

“Technically, I guess it still follows Roe v. Wade. They’re saying that they’re not banning abortions completely, and people are still able to get them in theory, it’s just making it very limited,” Bernstein said.

Looking forward, O’Neil noted that he hopes that this law will eventually get overturned and Roe v. Wade will stay intact.

“I hope the court acts. I think they will eventually. I think that if good enough argument is made, I’m hoping that they overturn at least this law and they overturn other laws restricting abortion access,” O’Neil said.

Similar to the predictions of other political analysts, Charles expressed fear that the precedent set by this legislation will lead to more restrictive abortion laws elsewhere.

“The really dangerous thing is that this type of law is going to be used in other areas of society,” Charles said.

Women in Law will be hosting an event on Sept. 17th with government & law professor Helena Silverstein to discuss this legislation and its possible legal ramifications.