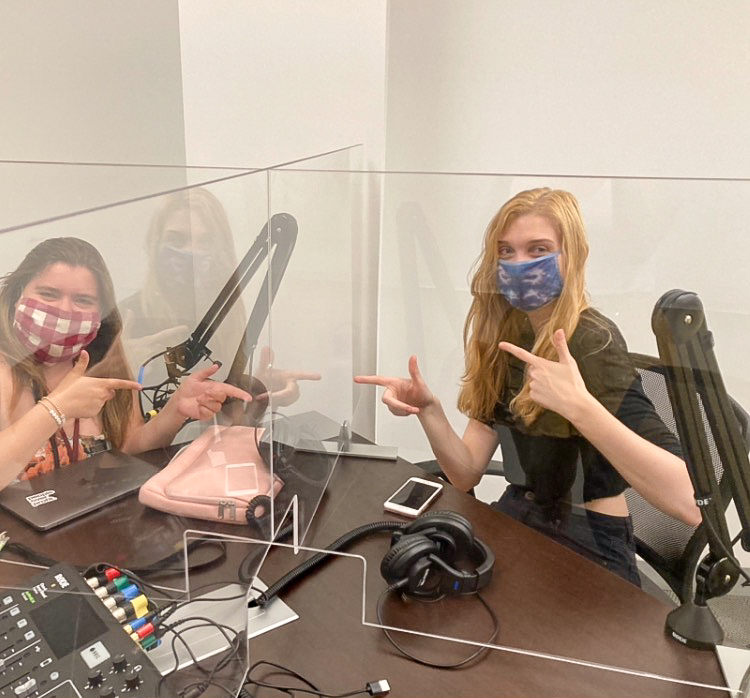 Talking about religion at college can feel taboo—but Morgan Limmer ’21 and Lisa Green ’24 want to change that.

Limmer and Green, the college’s current and incoming interfaith fellows respectively, started their new podcast, “Colton Corner,” last month. In this podcast, which can be accessed on Spotify, they interview individual students and faculty members about faith, spirituality and religion.

With six episodes released so far, Limmer and Green have interviewed people with Muslim, Jewish, Catholic and Protestant faith backgrounds. And they would like to expand this as the podcast continues.

The idea for a podcast was born out of a sentiment both Limmer and Green felt at the college: that faith is hardly ever talked about outside of purely religious spaces.

“I noticed that outside of Hillel, a lot of people didn’t talk so openly about their religion, but I think it’s this way to really know someone and what motivates them and truly who they are, and so I wanted to encourage interfaith dialogue,” Green said.

Green explained her idea to Limmer, who suggested a podcast as a way to distribute stories from around campus that could be accessed without staring at a computer screen.

In the podcast, Limmer said she wants to “bridge the gap” between faith and academia in order to have conversations about faith that are safe, productive and meaningful.

“All of academia comes from a secular lens, which is probably a good idea, but it also kind of creates an environment where if you’re openly religious, you’re not academic,” Limmer explained.

Green added that she was told she was “really Jewish” by a classmate early on in the semester because she had been talking about her faith.

“I started thinking, that’s such a shame. Our mission of this podcast is to get more people to have these kinds of conversations, because I think when you avoid religion…that’s your identity…If you don’t talk about it, I feel like you’re really missing out,” Green said.

To address this, Limmer and Green said they feel that interfaith conversations are the solution. To Limmer, these are a way to break boundaries, finding commonalities between people of different faiths while holding strong to one’s own identity.

“I’ve found that it’s enriching for my own faith too, to have those conversations with people. I grew up in a Protestant bubble…interfaith has really allowed me to question what I value myself and has made me grow as a person,” Limmer said.

“I see interfaith as empathy,” Green added. “Being able to see someone’s perspective and what makes them them is so important. And religion, for so many people, that’s their story, and that impacts everything they do.”

For Green, stripping away the stigma around talking about faith has been the ultimate goal of the podcast. And Limmer said the podcast has been enlightening as she learns about the unique relationships people have with their faith, including what they hold dear, what they struggle with and how they have evolved over time.

As she prepares to graduate in a few weeks, Limmer said she is proud to leave the creation of this podcast as part of her legacy. In the fall, she will be off to the Union Theological Seminary to pursue a Master of Divinity in chaplaincy and interreligious engagement, leaving the podcast in Green’s hands—which she does not plan on stopping any time soon.

“There’s just an endless supply of people who want to tell their story,” Green said. The two have been contacted by several students and staff members interested in being interviewed next year already.

Green added that she would be happy to feature someone on the podcast who is not even a practicing member of a religious group, as the podcast is simply about sharing stories.

No matter what the podcast looks like next year, Green has two people to thank for her commitment to faith as a form of community: her grandparents. Although she lost them both this semester, she said she knows they would have loved the podcast, as they taught her what she knows about how religion can connect people.

“I like to think it’s their legacy too,” she said.

Correction 5/21/21: This article has been updated to reflect the four faith backgrounds that interviewees have been from.