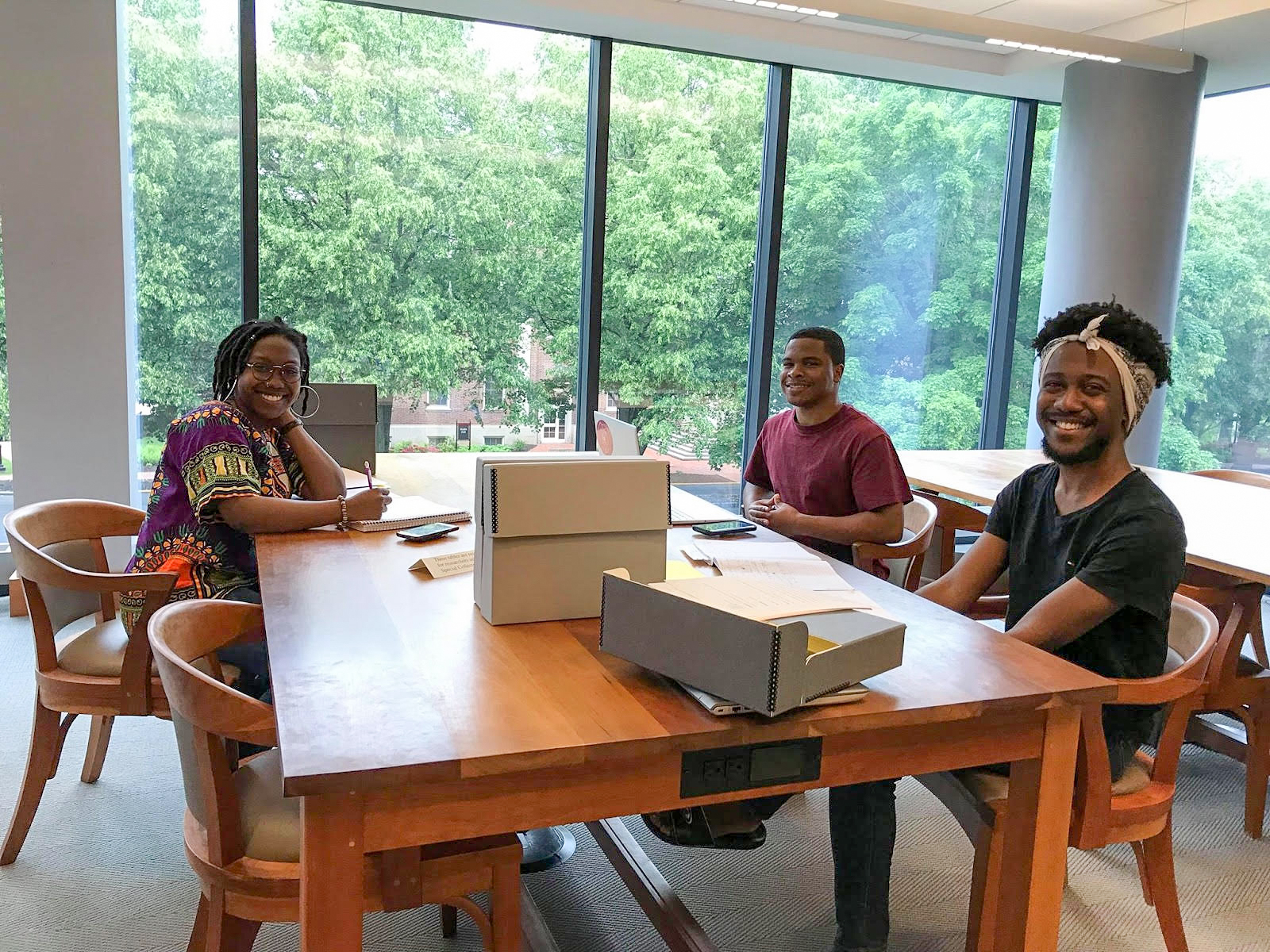 Deep in the archives of Skillman Library lie a multitude of documents illustrating the Black experience at Lafayette through the years. These documents are finally being utilized for the ongoing Association of Black Collegians Archives Project (AAP), led by Grayce Walker ’22.

This summer, six students will join Walker on an eight-week research experience, locating and gathering documents about Black life on campus.

The AAP was first introduced in spring 2019 by Jovanté Anderson ’19, who found records that suggested that there was an ABC group first established 50 years ago. The summer after this discovery, Anderson, Walker and Louis Wingfield III ’22 conducted research in Skillman to commemorate 50 years of Black allegiance on campus. They discovered a wide array of documents about the Black experience at Lafayette such as written documents, photo albums and CDs.

And the group knew that their project had to expand from there.

“We decided that the history of ABC had to be preserved and really communicated to the larger Lafayette body in a way larger fashion because there was so much information there,” Walker said.

Since Anderson’s graduation in 2019, Walker has taken over the project. In summer 2019, the library digitized over 100 items for the AAP.

AAP is currently a digital archive project with the hopes of expanding to physical collections in the future. The repository for the archive will be organized on the web publishing platform Scalar, which will showcase its digitized items, oral history interviews and timelines depicting Black history at Lafayette and in the Lehigh Valley.

Walker’s specific goal for this summer is to establish a line of continuity for the project, as they will be graduating in the spring of 2022. This includes setting up workflows for uploading documents to the host website and ensuring a solidified project management database to organize assignments.

This fall, Walker hopes to showcase their work on the project so far to members of the Lafayette community in order to recruit interested students for the fall semester. Ultimately, they want the project to be easily accessible for both underclassmen and alumni.

“It’s really my hope that we will set up the project so that it will continue long after I graduate,” they said. “It’s about creating an accessible platform for current Lafayette students, future students and alum to see what has been the evolution of Black life at Lafayette.”

This fall, Walker also wants to start collecting more contemporary materials from recent students and alumni to document their modern experiences as students of color at the college.

In the long term, Walker would like to see the project fully student-led and financially supported by the college. They are currently having conversations with librarians on how to not only officialize the group’s findings, but to ensure that Black students keep autonomy over the project.

Walker summed up the main goal of the AAP as the creation of “a space for Black history to be preserved and collected and celebrated at Lafayette.”

“My research interests lie in Black studies, Black feminism and using digital communities and archival work as a method to produce and support research,” they said.

To remain updated in the group’s work this summer, more information can be found on their Instagram, @abc.lafayette.

Correction 5/22/21: This article previously referred to the AAP as “ABC,” “the ABC Archive” and “the ABC project.”

Correction 5/22/21: This article previously said that seven ABC members would join Walker in the summer research.

Correction 5/22/21: This article previously said that the AAP arranged for over 100 items to be digitized by the college in summer 2020.

Correction 5/22/21: This article previously said that Walker would be graduating at the end of the fall semester.

Correction 5/22/21: This article previously said that Walker hopes to see the project be financially student-owned.