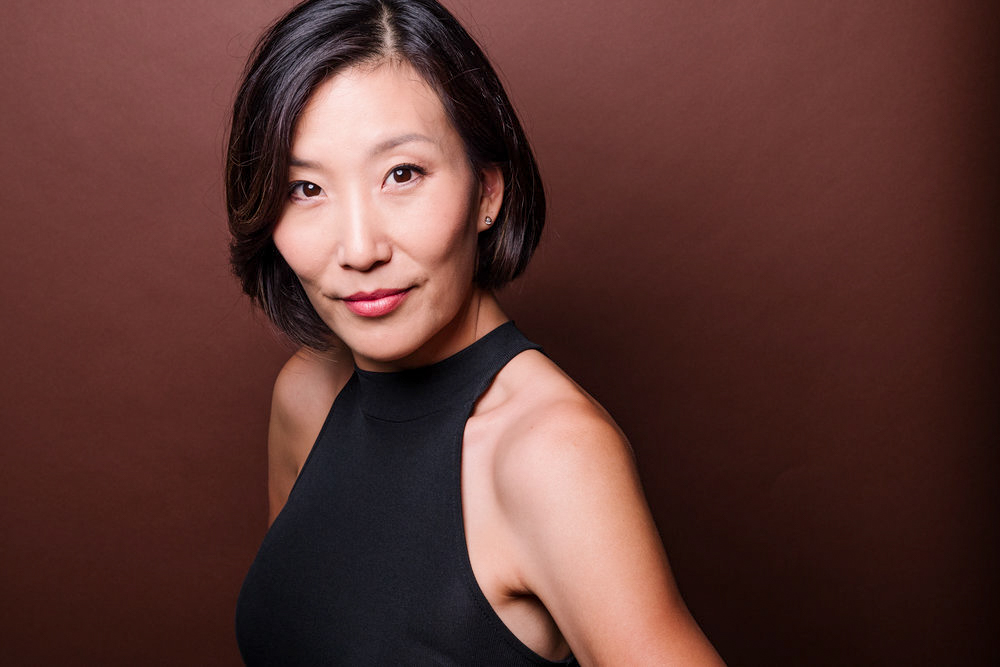 Esther Chae lent her voice to the Netflix film “Over the Moon,” which featured an entirely Asian American cast. (Photo courtesy of Esther Chae website)

Representation is not just about bodies and faces. For actor Esther Chae, representation includes showing all the “nuanced gradations of dimensionality” of characters that are often only viewed as cultural archetypes.

This past Monday, Chae, an award-winning Korean American actress, playwright, educator and speaker, shared her insights and experiences regarding representation in Hollywood with the college community. This was the keynote event of the college’s first celebration of Asian American and Pacific Islander (AAPI) Heritage Month.

Chae’s television credits include “NCIS” and “Law and Order,” and she has recently done voiceover work for Disney and Pixar’s “Soul” and Netflix’s “Over the Moon.”

The conversation for the evening began with a few questions from the moderator, Government & Law Professor and Asian Studies program chair Seo-Hyun Park.

Park first asked Chae about the opportunities she has had and challenges she has faced as an Asian American actor.

Chae reflected on her experiences with her work in “Over the Moon” in response.

“[‘Over the Moon’] was a very important movie for me because that movie…was based off of a Chinese legend of Chang’e [a Chinese moon goddess], and so in front of the camera, back of the camera, the producers and the creators were predominantly Asian American…The producer, Gennie Rim…had mentioned that she had specifically asked for us to be Asian Americans,” said Chae.

Chae further explained that bilingual artists are most often cast in roles that require them to perform a voice-over in both languages. This leads to a lack of opportunities in mainstream, English-speaking shows despite the fact that a lot of these actors speak English as their first language.

“In that particular movie [‘Over the Moon’], there was no foreign language, no Asian language required…in this ADR looping voice-over world…you don’t really get to see the players in this, there’s very little diversity. So, the producers had to push and make a very specific request that the group of actors coming in would be of such background. In my 20-year career, particularly in voice-over, that was the first time I actually had an experience like that where we were just doing work that predominantly Caucasian actors do all the time,” said Chae.

Chae then shared an experience in a casting room as the only non-Black actor being considered for a character who was part of a interracial couple, signifying the lack of representation in a production that, according to Chae, generally does a good job of portraying diversity.

“That also erases and makes a lot of the other underrepresented communities invisible,” Chae said. “These are all the limitations that happen where in theory and practice it really doesn’t match up…In theory, there might be an intention and a thought, and yet in practice…there’s many factors where there’s a lot of invisible barriers that actors or sometimes the creators won’t have access to or be able to see.”

As another example of this discrepancy between theory and practice, Chae highlighted unequal pay between actors from marginalized ethnicities or nationalities and their white counterparts.

Following this conversation, the floor was opened to questions from the audience.

One student asked about the issue of representation of subgroups within a specific community, specifically how Chae felt about a role made for a Japanese person, for instance, that a Korean or Chinese actor might take instead.

Chae emphasized that as an actor with a “range of scope and toolboxes,” she personally wouldn’t want to be limited because of her ethnicity. Rather, she would feel comfortable playing any Asian American role unless the character required a specificity that she would be unable to bring because of these limitations.

For Chae, visibility goes far beyond having access to opportunities and people knowing her face—she said it is to be fully thriving and able to have stability and a full life in the kind of space that she wants.

Correction 5/27/21: One description has been deleted from this article.