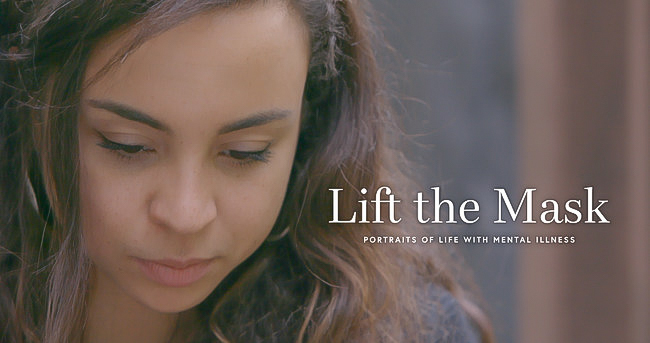 ‘Lift the Mask’ is a documentary created by the Quell Foundation. The film won a Mental Health America 2020 Media Award this past June. (Photo courtesy of Mental Health Newswire)

Zach Whitney ’21 is both a neuroscience major at the college and a junior board member of the Quell Foundation, a non-profit dedicated to supporting people living with mental illnesses and erasing stigma around mental health. On Wednesday, his worlds collided when he brought the Quell Foundation’s recent documentary “Lift the Mask” to campus in a virtual screening and participated in a panel discussion afterwards.

The documentary details the lives of a diverse group of individuals living with mental illness and their paths to seek out care and find the right treatment. It also discusses the significance of the caretaker in these individuals’ lives.

Afterward, a panel of speakers including Whitney, Quell Foundation founder Kevin Lynch and counseling center outreach coordinator Jonathon Asayag spoke about the significance of the film and its applications to Lafayette students.

“We really wanted to put a face to what mental health looks like that is incongruent with what people think it’s supposed to look like,” Lynch said of the film.

To bring the documentary to the college and successfully advertise for it, Whitney reached out to organizations such as the Lafayette Happiness Project and Pards Against Sexual Assault (PASA) to co-sponsor the event. He also contacted the counseling center for support in planning the event.

As a second-semester senior, he had the time and felt that now was the time to do it, he explained in an interview.

And he said he had to do it because it’s personal to him; in 2016, Whitney lost his younger sister to suicide.

After taking the time to understand his own emotions, he said he first opened up about his story publicly at a fundraising event for the Quell Foundation in the fall of 2019. Since then, he has remained involved with the organization, working as the events chair on their junior board and leading several events that the group puts on.

Whitney said he felt that the documentary had a message Lafayette students needed to hear. While he said that the counseling center does a wonderful job for students who are interested in receiving help, many students may not realize that they need help.

The documentary is also a reminder to be careful when speaking about mental health or throwing around terms that can actually be insensitive.

“For me, why I ended up becoming such a big activist in this area was because after I lost my sister to suicide, I would hear people going around saying phrases like ‘Go kill yourself’ or things like that, which were really difficult to hear,” Whitney said. “These phrases…just create a big stigma around [mental health], and I think it’s really tough for a lot of people to see sometimes.

“Opening this conversation opens a lot of doors for people to be more aware of a lot of things that they might say on a daily basis or how they might view a lot of these things people are going through,” he added.

Therefore, the title of the documentary, “Lift the Mask,” is all about really talking about mental health.

“It’s the idea that a lot of people go about their days and kind of have this mask on, and you don’t really talk about mental health, and yet we tend to just walk around with a smile on our face,” Whitney explained.

He continued, “One of the big things that the Quell Foundation likes to center on is that we are a person living with depression or living with anxiety or as someone who lost someone to suicide…but you are a student, you are an activist, you are a professor, you’re a worker, you’re a this that whatever it is, first…And the idea of lifting the mask is that those two things go hand in hand.”

The next step for students who saw the documentary, according to Whitney, is to make sure that the conversation does not stop there.

“I think this school could do a lot more,” Whitney said. He encouraged organizations to reach out to people who might not be as familiar with the stigma around mental health or understand their own mental health and wellness. He also encouraged students to look within themselves and figure out how they want to portray that concept to others.

And more than anything, Whitney hopes that students can take what they learned from the event and use it beyond his time at the college. As a senior, he will graduate in a few weeks. But he hopes that the conversations he is starting will outlast him by many years.

—-Zach Whitney ’21 is both a neuroscience major at the college and a junior board member of the Quell Foundation, a non-profit dedicated to supporting people living with mental illnesses and erasing stigma around mental health

Indeed it is true, we have for generations taught one another to say there is a stigma to mental illnesses. The lesson has so long endured that out of habit, not meanness or viciousness, we easily repeat it.

We can as easily learn to stop.