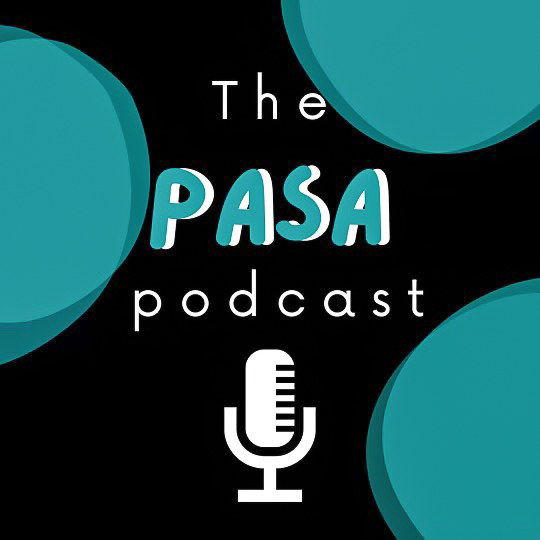 When Greta Kullby ’21 was a first-year student, Pards Against Sexual Assault (PASA) had only just been formed. Now, Kullby is one of the two peer educators responsible for “THE PASA PODCAST,” a three episode podcast inaugurated in April for Sexual Assault Awareness Month (SAAM).

Swati Pandey ’23, the other peer educator on the project, explained that the podcast is meant to make conversations surrounding sexual assault on campus accessible to all members of the student body, not just those participating in PASA’s community discussions.

“It’s a place of non-judgment and non-accusation where we can come and discuss about what the issue is, and then move forward with students, faculty and administration,” Pandey said.

As PASA peer educators, Kullby and Pandey have the responsibility of educating themselves on topics surrounding sexual assault and sharing their findings with the rest of the student body. For the podcast, Pandey said that they realized they would need to bring in guests such as faculty and administrators in order to ensure the most thorough and impartial discussion.

“We made sure to have guests who were experienced, educated and aware about the things that we were going to talk about, and to facilitate this discussion—as much as it’s humanly possible—in an unbiased fashion. Not accusing any group specifically, but making sure that we raise all the questions that might have arisen in the general student body,” Pandey said.

The first episode, which features Professor Dana Cuomo of the Women’s, Gender and Sexuality Studies department, tackles the relationship between sexual assault and Greek life. Over the course of the episode, Kullby and Pandey speak with Cuomo about institutional value systems.

“An institution is more than just a few groups of people coming together. It’s defined by the values of individuals, and those values resonating to form an organizational value,” Pandey said.

“We need a revaluation. Sit down, ask ourselves: what are our individual values? What should be the values of our organizations? Are our values inclusive? Are our values empathetic? If our current values are harming members of our community, if they’re not inclusive or if they’re misogynistic, we need to change the values. And changing the system in terms of Greek life—abolishing Greek life or not abolishing it—is not the end of the conversation,” Pandey said, summarizing the first episode.

The second episode, which features Professor Susan Hannan of the psychology department and Director of Educational Equity and Title IX Coordinator Amanda Hanincik, discusses the sense of institutional betrayal displayed in recent Instagram pages like @anti.violence.laf.

“At the end of the day, we’re in this together,” Pandey said. “It’s a shared task. And we all need to do it together.”

Pandey said that she appreciated the conversation with Diorio and Samble because it showed her that higher-level administrators are willing to keep themselves accountable when it comes to creating an inclusive campus. Similarly, Kullby hopes students will take away from the podcast how willing faculty and administration are to have these difficult conversations with students.

“I hope [the podcast] is something that pushes [students] to not be hesitant anymore to talk to administrators or anybody on this campus about an issue that they have. I want the students’ voices to be heard in that way. I hope it’s inspiring in that sense,” Kullby said.

Although Kullby will be graduating this month, she doesn’t want the podcast to end when her time at Lafayette does. She has ideas of continuing the podcast with mini-workshops on topics such as sex positivity and intersectionality.

“I hope somebody continues the conversations that not only we had, but the ones that aren’t even thought of yet… It’s probably not going to happen for me, but that’s not to say it can’t happen for others,” Kullby said.

Regardless, Pandey acknowledges that the podcast is just the first step in a series of many that will be needed to create a more inclusive campus.

“Conversation is not the best way to change. But it’s just a step forward… We don’t want to be the people sitting on a table in front of a screen doing a Zoom call, and just talking about stuff. That is not what the podcast is about,” Pandey said. “It’s about encouraging people through words, because that’s one of the ways to bring change, to bring action.”