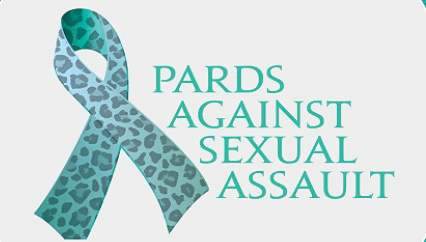 PASA’s mission is to engage the campus community in peer education through workshops and community discussions, uplift and empower survivors and advocate for the student body. (Photo courtesy of PASA)

Pards Against Sexual Assault (PASA) sent an unequivocal message to the Board of Trustees in a meeting last Tuesday.

“We are calling upon the Lafayette administration to develop a long-term strategic plan to combat sexual misconduct,” they said.

Outlining the open letter sent to the administration, President Byerly and the Board of Trustees last January, PASA co-presidents Ella Goodwin ‘21 and Libby Mayer ‘22 met with the recipients to discuss the importance of developing a long-term plan to foster a safer community on campus. Also in attendance were Annette Diorio, the vice president for campus life and Amanda Hanincik, director of educational equity and Title IX [TIX] coordinator, among others.

“From my perspective, this was a successful meeting,” Hanincik said. “PASA’s presentation was very well received by the Trustees. They received a lot of positive feedback, appreciation and support of their efforts. One trustee even praised their efforts in ‘launching the boat’ and getting things started, and agreed that we’ve reached a point for more additional support in collaboration with PASA and the administration.”

The letter contained a strategic plan of both immediate and long-term action items as well as key demands of the administration to “better support survivors and work toward a campus free of sexual misconduct and gender-based violence.”

Beginning with a presentation to recap the administration on the letter sent out months prior, the Goodwin-Mayer duo quickly transitioned to the importance of developing a comprehensive plan as soon as possible, as Byerly is stepping down from her position at Lafayette and a new administration will begin on July 1.

“Considering that in the fall the majority of students won’t really know what Lafayette was like before [COVID-19], that’s a really unique opportunity we have to sort of reset the standards and norms for the community, both as students but also the administration side of things being able to set new standards for themselves as well,” Mayer said.

Both Goodwin and Mayer agreed that the meeting went well. However, Goodwin said that they wished the administration spoke more to the specific short-term and long-term goals, many of which intersect with the demands of other groups on campus, and that “it was like a little bit more vague than we were hoping for.”

“They talked a little bit about how they’ve been presented to by the Greek Life committee in Student Government and by Dear Lafayette, and they’ve seen a lot of overlap in demands for changes and student life more broadly. So, we were kind of hoping that they would be more specific in what was that overlap,” Goodwin said.

Goodwin and Mayer spoke to the different roles administrative members hold in implementing the strategic plan, explaining that, as a student group, they focus on pushing the administration to take action rather than implement the plan themselves.

However, because Byerly’s time at Lafayette is coming to an end, she does not hold a major role in planning upcoming changes. Instead, PASA expects to work more with Hanincik, Diorio, the incoming president and the new Dean of Students, Brian Samble, who previously held the role of Assistant Dean of Student Affairs and Title IX Coordinator at Franklin & Marshall College.

The new Student Advocacy and Prevention Coordinator position, for which a search process is currently underway, was one major aspect of the letter that was discussed at Tuesday’s meeting, Mayer explained.

“The creation of a new position for a ‘Student Advocacy and Prevention Coordinator’ will fill a much needed void for complainants/victims/survivors. This role is completely confidential and will report to the Dean of Students,” Hanincik wrote in an email. “It should not be confused as being a part of the Office of Educational Equity, though we will likely work together on prevention programming, training and education initiatives, and other matters related to the TIX process.”

Hanincik has also been putting to use the $30,000 grant the college received in January 2019 from It’s On Us, a national campaign aimed at ending sexual assault, which the college received the funding for last November. These funds are primarily being utilized mainly for training this semester and for next fall, Mayer said.

“The [PASA executive] board has been making the trainings for our own members and we sort of create the presentations that we give to groups and while that’s great, none of us are experts on the topic and so one of the big things that we were calling for was additional support in training our peer educators and making sure that we’re putting out quality workshops for everyone on campus,” Mayer said. “[Hanincik has] been really helpful in using the It’s On Us grant to help get us resources for training from professionals in the field.”

Hanincik added that students interacting more with the trustees–as was the case with PASA’s presentation–is helpful in keeping the Board informed and giving them insight into the students’ perspectives.

“For any institution to effectively combat discrimination in all forms, including sexual violence, a shared commitment between all constituents is required.  Students can’t change the culture alone, administrators and faculty can’t, nor can our Board,” Diorio wrote in an email. “We all have a role to play. My feeling is that bringing groups together to talk about areas of shared interest is key to making change.”