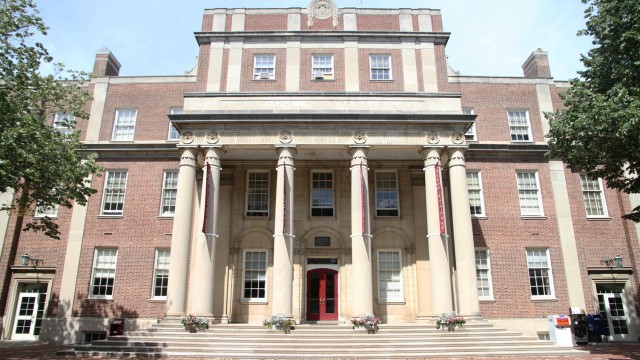 Some faculty members say they were not consulted on enrollment decisions by the administration. (Photo by Hana Ishara ’17)

Next fall, Lafayette College will be welcoming its largest-ever class of incoming freshmen. But such a joyous occasion for many current high school seniors might become a headache for some faculty members, as some say they were not consulted by the administration for this decision. Imbalanced class sizes can lead to difficulties in scheduling, particularly of first year seminars–difficulties many in the faculty would like to avoid.

“According to the Statutes of the College, the Faculty is supposed to have significant authority in policies regarding admissions,” Professor Joshua Sanborn, the faculty chair of the faculty enrollment planning committee, wrote in an email. “That didn’t happen this year.”

“I certainly do know that some faculty members were disappointed in communications around the Class of 2025,” Provost John Meier said in response to the criticisms. “The shared governance structures have not changed, but it is fair to say that they haven’t worked perfectly during this pandemic.”

The Faculty Handbook notes that “shared governance recognizes the mutual interdependence and the unique expertise of different College constituencies,” but power over decisions relating to issues like admissions lie in the hands of the Board of Trustees and with the president of the college.

According to the Handbook, the faculty’s power lies mostly in its ability to advise and enforce policy decisions.

“The Board reserves the right to call a closed meeting or enter into executive sessions,” the Statutes read, suggesting that the Board may deliberate behind closed doors on a matter like admissions.

Sanborn noted that the administration’s explanation for the sudden increase in the incoming class size came from a desire to balance the budget in light of the financial losses brought on by the pandemic.  A larger freshman class size would bring in more revenue and make up for the College not being at capacity, especially given Lafayette’s move to mostly in-person learning next year, according to Vice President for Finance and Administration Roger Demareski.

Sanborn elaborated that the faculty had originally agreed to increase the size of the incoming class, but a month later the administration decided to add an additional fifty students–33% more than were enrolled for the Class of 2024–despite a similar number of applications. This decision is unpopular in some groups within the faculty, as it may produce strain in first year seminars and make for a bottleneck in courses, especially those popular among sophomores, further down the line.

Reflecting this disapproval, at a recent faculty meeting, members voted “overwhelmingly” on a resolution for greater inclusion in the admissions planning process, Sanborn said. Nevertheless, the resolution is not subject to adoption by the Board of Trustees.

Meier stated that he did not see the influx of students as being “in conflict” with the overall educational experience, adding that there will be more courses offered in Fall of 2021 than in Fall of 2019.