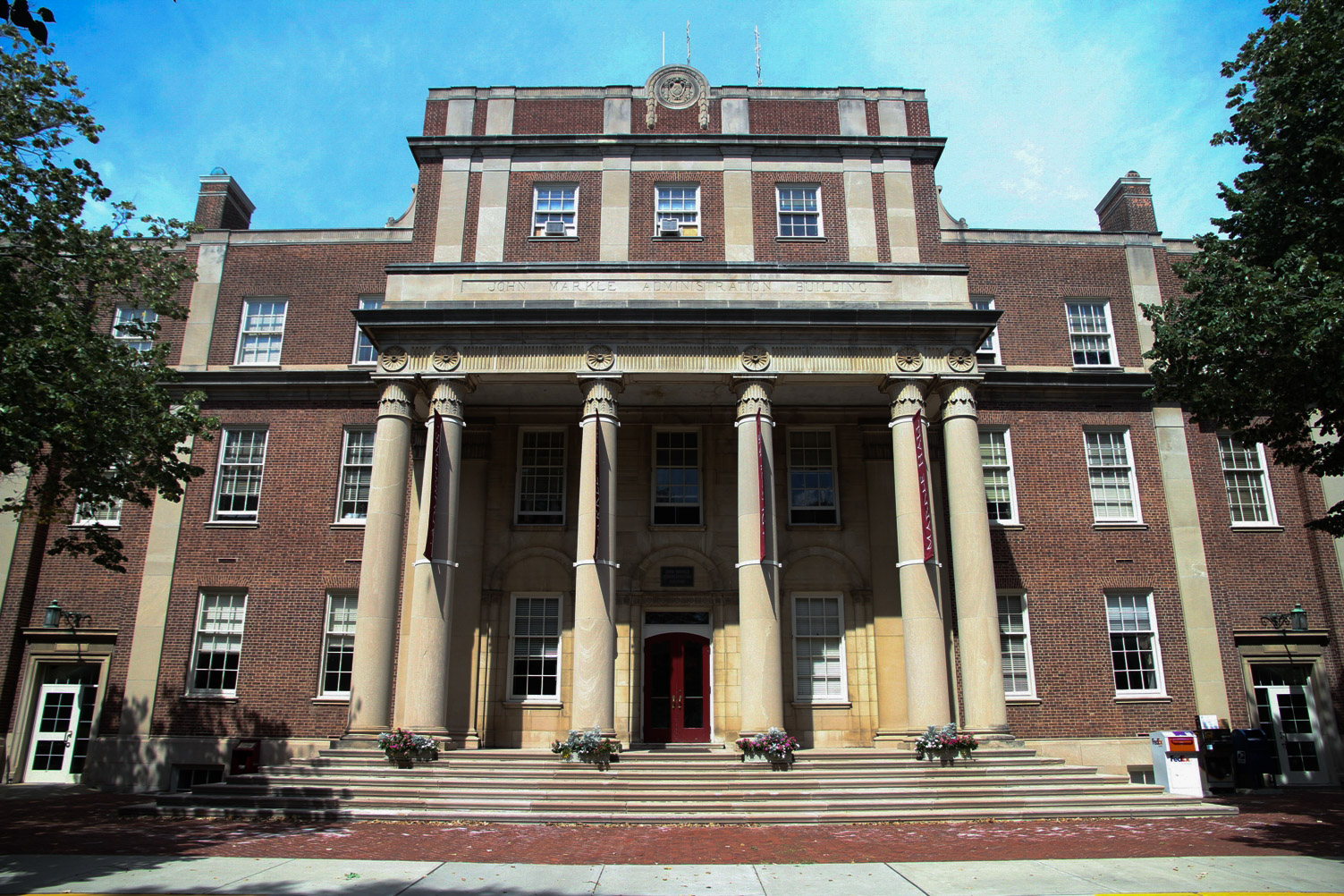 The next steps from the administration are unclear as the presidential transition in June approaches. (Photo by Hana Isihara ’17)

Two sexual assaults and one rape have been reported in the past two months, as the college grapples with the ongoing issue of sexual violence and student activists demand that the administration do more.

All three of the alleged incidents were anonymous third-party reports. The rape case was submitted through One Pard and the two cases of sexual assault were reported by Campus Security Authority (CSA), according to Director of Public Safety Jeff Troxell. CSA includes Resident Advisors, Public Safety officers, coaches and some athletic department officials, among others.

All three cases contained “limited information,” and no victims have come forward publicly.

While reports keep trickling in, the student-led Pards Against Sexual Assault organization (PASA) continues to urge the administration to take a more active role in preventing sexual violence on campus. In January, PASA sent an open letter to the administration and the Board of Trustees calling for a “comprehensive strategic plan” to foster a safer and more inclusive campus community. The letter detailed short and long-term goals for the college, with a specific focus on increasing transparency in the Title IX process and bolstering the Office of Educational Equity (OEE).

“Students have been doing the heavy lifting in educating other students,” the letter read. “The administration must take on a larger and more prominent role in prevention efforts.”

Then, in mid-February, the PASA executive board met with President Alison Byerly to highlight specific actionable steps in the letter. Both sides left the discussion with the expectation of meeting again in a few weeks, but the administrative response has lagged behind while the college deals with rising COVID-19 cases, racial injustice on campus, calls for the abolition of Greek life and the search for Lafayette’s next president.

On Monday, Byerly presented a “draft outline” to members of PASA, detailing changes that have already been made this year and outlining several new proposals that mainly focus on sexual misconduct training for a variety of campus constituencies. The Director of Educational Equity Amanda Hanincik, the Vice President of Campus Life Annette Diorio, Dean of the Faculty Jamila Bookwala and Professor Hannah Stewart-Gambino also participated in the meeting.

But the document is still a very rough draft and does not respond to many of the demands that PASA and other students have advocated for.

“It really is not a ‘ready for primetime’ piece of rhetoric, but just a series of steps and ideas that…needs to be fleshed out,” Byerly said. “I think there’s a lot more room for detailed planning.”

PASA co-presidents Ella Goodwin ‘21 and Libby Mayer ‘22 agree. They said that the administration’s rough outline exceeded their expectations for a response. But the bar was pretty low, they both said.

“Speaking candidly, I think the [administration’s response] could go either way,” Goodwin said. “I think it is smart to address this from a holistic approach to violence prevention on campus, while also being a little bit wary that they….actually acknowledge that there are very specific things that need to be addressed within PASA’s demands.”

It is unclear how much progress can realistically be made as Byerly prepares to depart the college at the end of June. Diorio and Byerly said that it would be unfair to lay the groundwork for a comprehensive plan and expect the next president to carry it out in its entirety.

“As we get a little bit closer to the actual moment of transition, I wouldn’t want to stand in the way of different ideas that the new president might have about how they would organize things or who they would put in charge of particular initiatives or how does it fit together in their overall strategic goals,” Byerly said.

But the PASA representatives are concerned that the initiative might lose momentum or become lost in the hubbub of the presidential transition.

“I’m just hoping that it doesn’t lose steam or that we have to backtrack to get this new president up to speed with everything,” Mayer said. “Naturally we will [backtrack] a little bit, but I think we are moving in the right direction.”

Byerly and Diorio both noted that many senior members of the administration will carry over into the next presidency, lending some continuity to the college’s response to PASA’s demands.

“I do feel very confident that this will be understood to be an important priority,” Byerly said.

One major aspect of the open letter discussed the new Student Advocacy and Prevention Coordinator position.

“The biggest thing that we’ve been trying to do this year…is this search for a prevention specialist and advocacy position,” Diorio said. “I think that is really key to the next set of changes that we will make in terms of how students experience the process itself of making reports.”

PASA met with Diorio last year and shepherded along the office’s plans to introduce the new position, leading to the search committee now tasked with filling the role.

“[Hanincik’s] office isn’t meant to be an advocate,” Diorio said. “After the first open letter we recommitted to changing that position to really focus entirely on prevention work to take some of the burden of the educational role off of PASA.”

While there was a decrease in reports last semester, this was mainly due to the virtual semester according to Hanincik, who became the Title IX coordinator in January 2020.

The number of reports this semester is “on par with previous spring semesters,” with a total of around 30 cases. The past two academic years have had 56 and 52 reports, respectively. Overall, there has been an uptick in the number of reported cases in recent years, but this does not indicate an increase in the total number of assaults, Hanincik said.

“I think there’s probably a greater awareness of the issue and the ways to report it, I think people are more comfortable reporting,” she said. “I don’t know that people are more comfortable going through the process and that whole part of it, but I think as far as putting forward the report whether it’s the victim, a mandated reporter, a third party, I think people at least have an awareness now of how to report and are making that happen.”

Cases disclosed through the SASH website are reported to Public Safety by Hanincik for statistical purposes under the Clery Act.

Despite limited information such as a lack of location or names, incidents reported through CSA or Hanincik are marked as active cases. However, Troxell explained that “until we get additional information or somebody files a criminal complaint, we’ve got nothing else to go on.”

“It makes it difficult to investigate and follow-up on a claim with little information,” the new Dean of Students Brian Samble wrote in an email. “If there is anything I can share with student audiences it would be that we are here to help and to maximize our ability to do so, we need to receive OnePard reports and with enough details to follow-up appropriately.”

Hanincik added that she believes that these types of incidents are underreported, but any additional messaging and the ease of reporting sexual harassment on the SASH website helps.

“I think it’s just about every training you do, every program, raising that awareness, communication, using Lafayette Today as reminders regularly throughout the year, those types of things,” Hanincik said.

The newest reports come on the heels of Sexual Assault Awareness Month in April, with PASA holding fundraisers, lectures, a yoga session, a book club and a rally and vigil instead of the annual Take Back the Night event that the group typically holds in the fall. The organization also held community discussions on gender violence, sexual liberation and the proliferation of assault that has been well-documented within Greek life organizations.

“[PASA] did a good job of bringing different people to campus this…April,” Hanincik said. “They’re moving and grooving, they’re quite passionate and quite active in what they do and I know it’s not easy work because I know from my own position how difficult it can be, so I do have a lot of respect for the work that they do here.”

In order to keep the momentum going, Goodwin and Mayer said it is crucial for students to “continue to be invested” in order to push the institution to follow through on their demands.

“They still need students to be passionate and pushing for this and not get complacent,” Goodwin said. “This is still something that we need to be continually reminding them that students care about this and students want to see this happen and aren’t going to just sit back.”