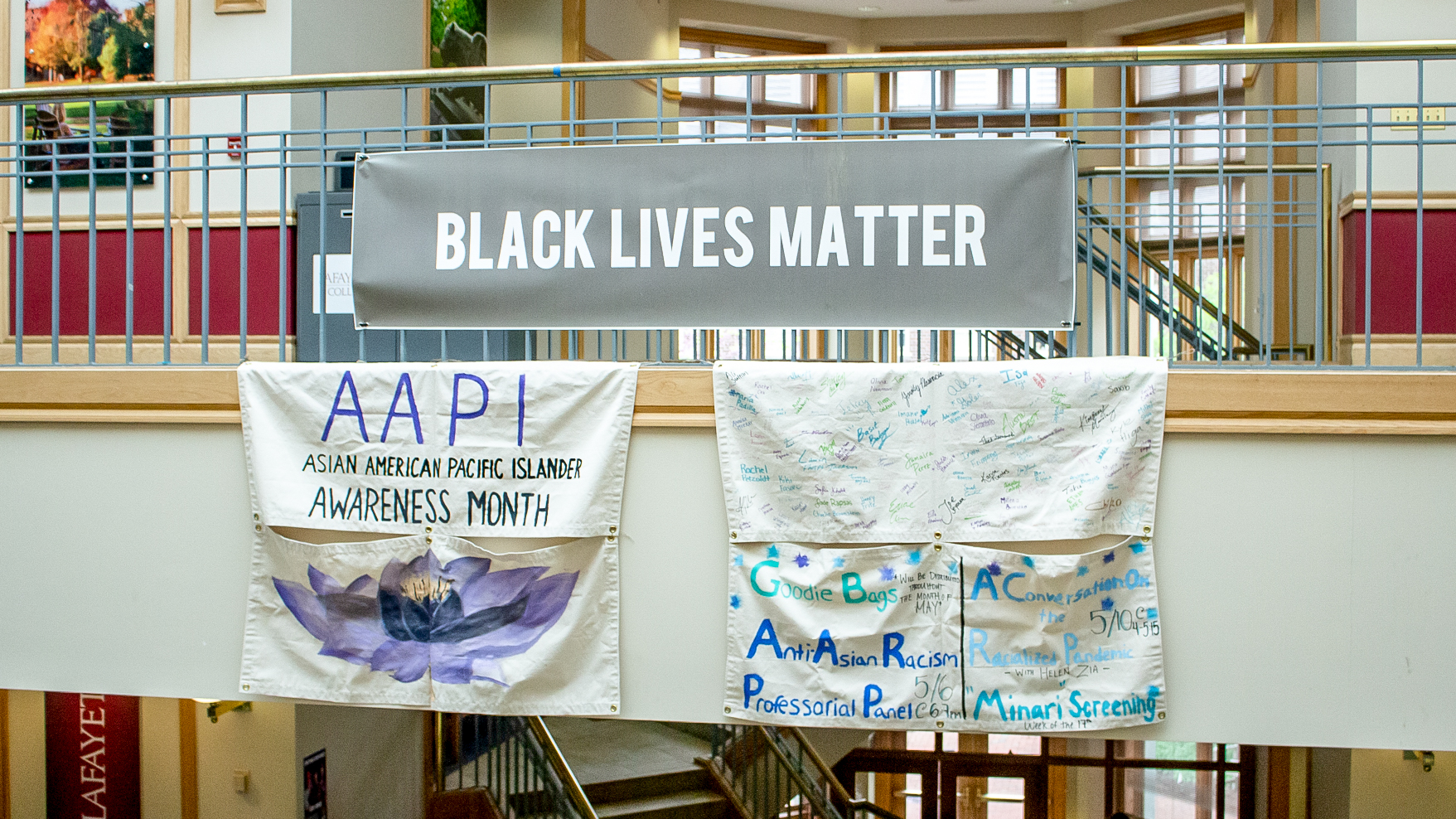 Events held during Asian American and Pacific Islander Heritage Month will be virtual and are meant to build off of each other. (Photo by Kwasi Obeng-Dankwa ’23)

Asian American and Pacific Islander (AAPI) Heritage Month has been celebrated in many communities since the 1970s, but this year is the first time that it will officially be celebrated at the college. And organizers want to make sure it will leave a lasting impact beyond just the month of May.

As the daughter of an immigrant from the Philippines, Kimberly Manalang ’21 has always looked for ways to connect to her Asian heritage on Lafayette’s campus as a part of organizations such as the Asian Cultural Association (ACA). However, she and other students realized it was necessary to bring these ideas to the entire student body, not just those participating in the clubs, she said.

According to Manalang, there have never been any AAPI awareness month events on campus in her four years here. With the recent spike in hate crimes and discrimination directed at Asian Americans coupled with what many saw as insufficient action from Lafayette’s administration, some students felt that it was vital to create a public forum for education on and appreciation of AAPI culture and struggles.

“The pandemic and spike in hate crimes have provided us a silver lining to normalize this conversation about what it means to be part of the Asian and AAPI community, and what it means to support your friends or other people who are a part of these communities,” Manalang said.

“It’s a shame it took a spike in Asian hate crimes and violence against Asian Americans to create this month, but we decided it was a good time to get that awareness out,” added ACA member Shirley Liu ’23.

Manalang said she hopes that this month will help students develop new perspectives on Asian culture and the Asian American experience in a variety of ways.

“Yes, we want to bring more awareness on discrimination, but we also want to have this balance of appreciation and about awareness in general of AAPI communities and what makes us who we are,” she explained. “Asia is so wide and vast, and there’s so many unique things that people don’t really recognize, unless they do more research on their own time.”

The effort has been largely collaborative, with events and distributed information co-sponsored by the ACA, the South Asian Student Association (SASA), the Chinese Student Association (CSSA), Kaleidoscope, Refugee Action, the Landis Center, and the Office of Intercultural Development. Several departments have joined the effort, including Government and Law, History, Psychology, Foreign Languages, Anthropology and Sociology, Economics, and Asian Studies.

While this extensive collaboration has helped get the events off the ground, it has also proved difficult for organizers in a time when not all participating members can be together. The group only had about a month to plan the events, so creating deadlines and delegating tasks in an equitable way was vital to their success.

Additionally, the large number of contributing departments and organizations made it difficult to know exactly where to allocate funding.

“For this, we had to decide which of the many organizations to send the money to, because we got a lot of financial aid and support from a variety of academic departments,” Manalang explained.

“I admire that [so many organizations participated],” Liu added. “It speaks to how grassroots and how collaborative the month is because it’s not just one organization, it’s a whole bunch of organizations coming together during a time when collaboration is really difficult.”

Once funding was settled, the group placed posters around campus with facts about Asian culture and discrimination, as well as a timeline for the events taking place. Throughout the month, the group is providing goodie bags at Farinon Center with Asian candy, stickers, and facts about the Asian diaspora. On May 6, they held a virtual panel discussing the long history of anti-Asian racism in the United States.

On May 10 at 6 p.m., the group is hosting a virtual conversation with author and activist Helen Zia to discuss how the COVID-19 pandemic is related to anti-Asian hate. Finally, on May 19, the Asian Studies and Film and Media Studies departments will be hosting a viewing of the movie “Minari,” which features a Korean American family who moves to the American South. More information about these events can be found on OurCampus.

The events are set up so they build off one another, first providing a foundation of knowledge rooted in history, then moving towards the impact on current events.

Manalang said she hopes the screening of “Minari” will be particularly exciting for students, as the critically acclaimed film has sparked extensive conversation about the way Hollywood treats Asian stories. Despite being filmed in Oklahoma, “Minari” was placed in the Foreign Language Film category at the 2021 Golden Globes.

“This is the most American you can get,” said Manalang, referencing the story of an immigrant family learning English in the American South.

Liu is also excited for the conversation surrounding the screening of “Minari.”

For readers looking to be better allies to AAPI students and community members, Manalang first encouraged being well-informed on topics, even if they don’t affect you directly.

“Showing solidarity in the way of just showing up to these events and wanting to learn and improve the community is one of the best things you can do,” she said.

Manalang also encouraged students to watch the way they speak to avoid microaggressions, such as asking an Asian person where they are from.

“It can imply that we’re not supposed to be here,” she explained. “Although my mom did immigrate here, that doesn’t have to do with me not belonging in America. Understand that your words have an impact on not even just an individual, but an entire community.”

Liu also emphasized the importance of donating time and money, especially to local organizations and Asian-owned businesses who have been hit especially hard by the pandemic.

Manalang and Liu both hope this month’s events will spark an ongoing conversation at Lafayette for years to come.

“We’re getting more visibility, but visibility doesn’t mean freedom,” Manalang said, “This isn’t the end of the conversation.”

Disclaimer: Shirley Liu ’23 is the assistant arts & culture editor and did not contribute writing, editing or reporting to this article.