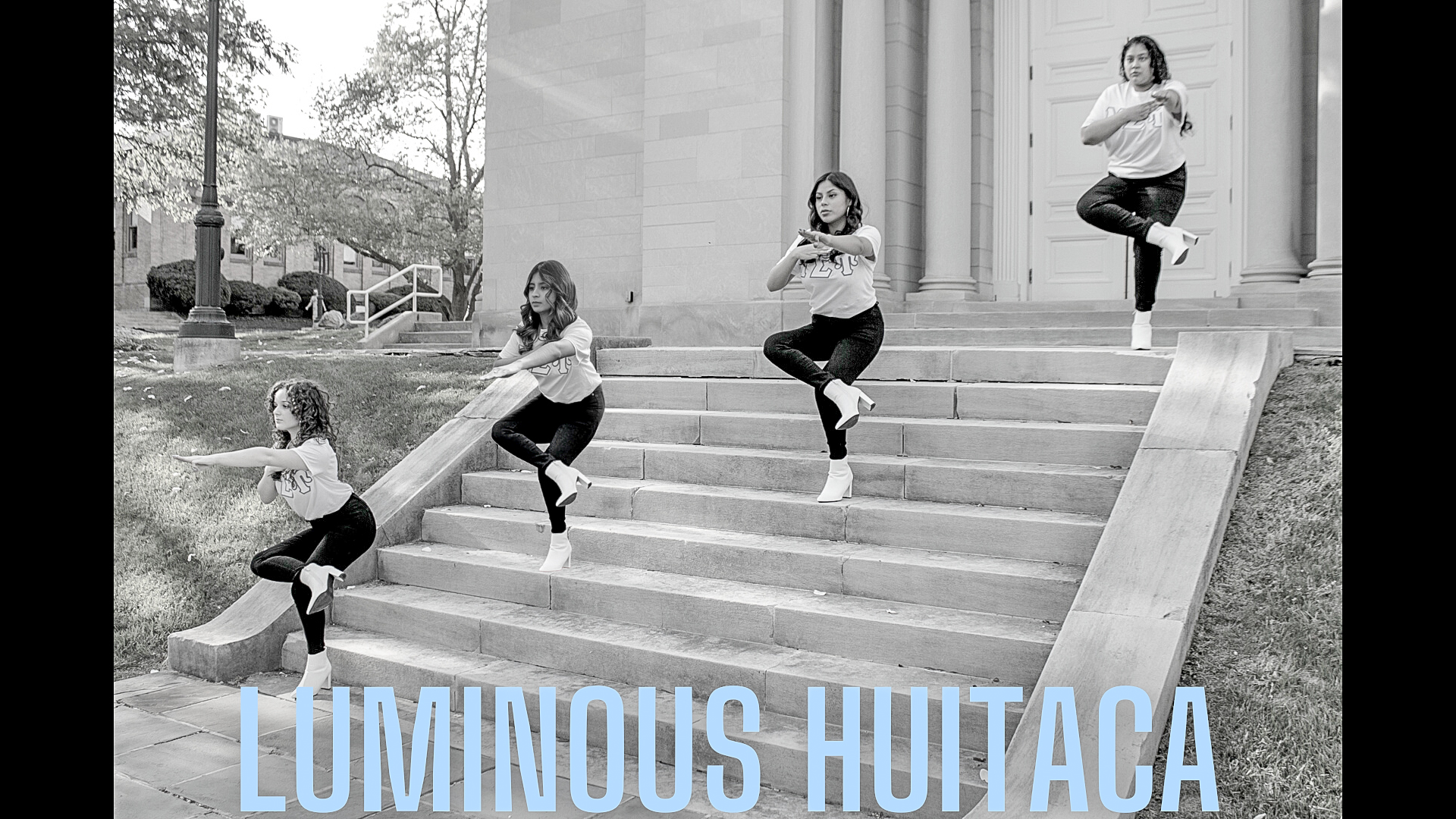 This step has been long-anticipated on campus, particularly for President Emily Morocho Chauca ’22. She explained that she was first introduced to the idea of bringing a multicultural sorority to campus by a now-alum, who had an interest in founding a chapter of MSU but didn’t think it would be possible at the time due in part to a long-standing college rule which limited the new member education period for Greek-letter organizations to three weeks. This would be an impossible task for many multicultural and Divine Nine organizations, which typically have longer new member education periods than traditional Greek organizations, Chauca said.

This changed in the summer of 2020, when Lafayette administrators agreed to make an exception to this rule to allow a chapter of Mu Sigma Upsilon to be founded on campus, and to complete its new member education period with a minimum education period of five weeks.

Following the decision, Vice President Alina Sosa ’22 said they quickly established a group of potential members. These women are called T.I.A.R.A.s (Togetherness, Independence, Academics, Respect, Achievement), a term specific to MSU which designates its official interest groups. As stated on the Mu Sigma Upsilon website, “Being an active T.I.A.R.A. gives interested ladies the opportunity to get an in-depth look at the sisterhood. They experience first-hand what it would be like to be a sister of MSU through event/meeting planning, programming, fundraising and networking.”

From this group, four women made the step to become founding sisters: Chauca and Sosa, as well as PR Officer and Treasurer Diane Allie ’23 and Secretary Janely Correa ’21.

The spring 2021 founders of Mu Sigma Upsilon cite a focus on sisterhood, networking opportunities and the celebration of various identities as reasons they decided to join the organization.

“I’m Puerto Rican, that’s my ethnicity, and I wanted a space where I felt like my culture would be celebrated on the daily and not just pick certain days to do it,” Sosa said. “And I felt like MSU was a very genuine sisterhood and I really aligned my values with theirs. So I felt like in MSU I didn’t need to change myself and they will be accepting of me and who I am in my entirety.”

“One of the things that I really liked is that the sisterhood continues after college, it’s a big network of sisters and after college, they go on road trips, they keep supporting undergraduates,” Correa continued. “It’s a lifelong thing, and I’m excited to be a part of that and now that I’m graduating.”

Allie explained that MSU partakes in various philanthropic efforts, with the organization choosing a new effort on which to focus at a national level every five years. The current philanthropic effort is called “To Write Love on Her Arms,” and is dedicated to addressing mental health issues.

As founding members of MSU, the group relied on members of other chapters to facilitate their learning about the history of MSU as an organization, and also had the freedom and responsibility to create their own traditions, and even to choose a chapter name.

They ultimately decided that the name “Huitaca” best resonated with the Lafayette campus. The name, Sosa explains, is that of a goddess of the moon in South American mythology.

Chauca said they have used Zoom and text messaging to connect with members in other chapters across the country.

Sosa echoed this interest in connectivity, commenting that the women of Huitaca have also been connecting with sisters in chapters based far outside the Lehigh Valley, from Florida to New York to Texas.

Looking ahead, the spring 2021 members of MSU Huitaca will likely be joined by a second group of sisters in the fall. Recruitment is ongoing, and interested parties can join the T.I.A.R.A. group at any time. After becoming a T.I.A.R.A., a potential member can submit a portfolio, enabling current members of MSU to become acquainted with them, before ultimately partaking in new member education.

The timeline for the realization of other goals remains less concrete, however. While Greek houses on campus are too large to accommodate a typical class for a multicultural sorority, which usually hovers in the single digits, Chauca notes that the chapter, “wants to push for a space, like an office space, somewhere people could just walk in and get to know us.”

The chapter also hopes to visit other chapters through road trips when COVID-19 permits, and to implement in-person events like Week of Sophistication, a celebration of MSU’s “chapter-versary” which would include events designed to serve the Lafayette community as well as to introduce the chapter to the community.

Chauca expressed interest in having a Meet the Greeks event, in which various Divine Nine and multicultural sororities could come to campus to perform their steps and strolls in a yard show. Chauca believes this could encourage other Lafayette students to establish their own multicultural organizations, and hopefully allow for the establishment of a multi-organization Multicultural Council.

The founding sisters emphasized their commitment to the MSU values of academic excellence, unity amongst all women and being active in the college and community.

“There’s a big responsibility because we are founding sisters,” said Chauca. “We set the tone for what we want our chapter to look like…and how welcoming it is to others. So we definitely want people to give us opportunity to show it, show them, this is what Mu Sigma Upsilon Sorority Incorporated is, this is what our chapter specifically is.”