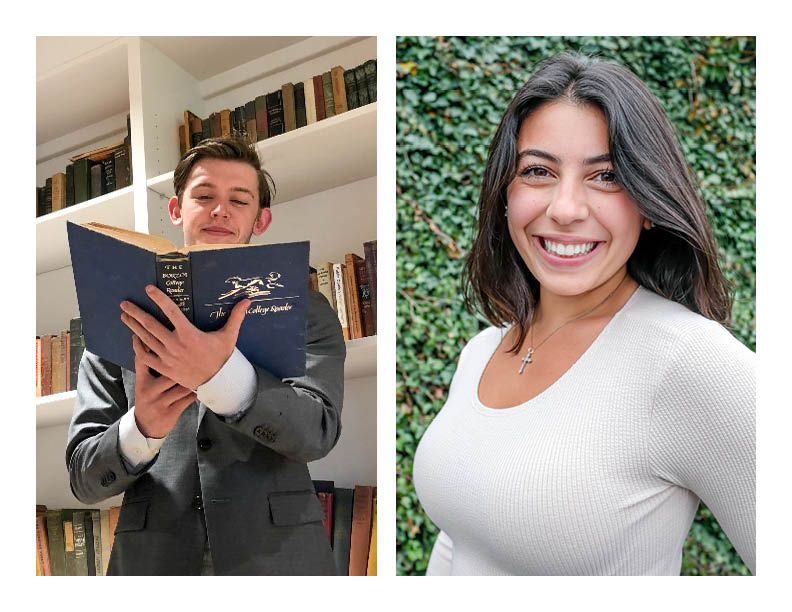 After a week-long postponement due to a rules shakeup, the 2021 Student Government executive board election has concluded. Every candidate ran unopposed, except Lauren Ameruoso ‘22, the unaffiliated incumbent Director of Greek Life, who picked up a last-minute challenge from Hank Scheffler ’22, the president of the Delta Kappa Epsilon (DKE) fraternity. The latter emerged victorious.

“I’m very excited to be given an opportunity to work with the rest of the executive board and reorganize the values that we acknowledge as Lafayette students,” Scheffler said.

But the victory was not easily attained. Although the exact numbers will not be made public until Saturday, turnout was only “okay,” according to Ross Coleman ‘22, the Vice President of Student Government.

“While there was a clear winner, I would not say there was a wide gap between the two candidates,” Coleman said.

Scheffler, who has experience in implementing reforms in his own fraternity including changes to the new member education process and internal accountability processes, said he is seeking to push forward a broad agenda addressing issues of values, service and transparency within Greek Life. He said he also wants to prove that Greek Life Organizations (GLOs) are indeed accountable while allocating them more jurisdiction in addressing internal issues, while simultaneously reshaping the polarized perceptions of Greek life within the Lafayette community.

“We, all of us as students, need to decide whether we want to alter this in-group/out-group narrative and attempt reconciliation and rehabilitation by recognizing that there is no difference in affiliated and unaffiliated students,” Scheffler wrote in an email. “Or we can choose to make Greek Life into a unilateral front and continue severing the bonds of connection we share as Leopards.”

Scheffler also pointed to negative coverage from The Lafayette, the College’s student newspaper, which he said relies on consumption, as compounding the division on campus.

To combat the alleged media bias, Scheffler said he plans to introduce an alternate “communications network” that “recognizes the bad and good that Greek organizations contribute to.”

The Greek life committee director position was originally uncontested before the issue of Ameruoso’s non-affiliation was raised in a candidate forum on April 13. The student government by-laws, which were set to be updated in the coming year, mandate that the position be held by an affiliated student. Following the forum, student government delayed the election and reopened the field to additional candidates, during which time Scheffler submitted his candidacy.

Plans to change the name of the committee to better fit its purpose— “[bridging] the gap between affiliated and unaffiliated students,” according to Ameruouso—have been in progress since 2019, with “Student Experience Committee” currently favored.

Ameruoso worked on the committee for two years prior to this election, one year as chair and one year as director. As the incumbent, she said she planned to continue her work on the 2020 Accreditation Program Revisions and the 2020 Greek Life Climate Survey, as well as the Resolution for the Prioritization of Campus Community Development, which sought to develop more non-Greek affiliated housing on campus. These projects will now fall into Scheffler’s lap.

“I truly believe that any student, regardless of affiliation, would be fit to lead this committee, while obviously taking into account their previous experiences with Student Government and other leadership positions as well,” Ameruoso wrote in an email prior to the election’s outcome.

“While I do think there are pressing issues within the Greek community itself including lack of accountability in regards to hazing, sexual assault, and novel COVID cases, the Greek Life Committee’s…responsibility is to tackle concerns that affect all students on campus, not just those involved in Greek life,” she continued.

Although Scheffler maintained that he does not think affiliation matters—“It seems like I am the only one who doesn’t care,” he said—the Greek Life Survey shows vast discrepancies in attitudes toward GLOs between affiliated and unaffiliated students, with nearly half the respondents reporting that Greek life does not have a positive impact and nearly 60% reporting that Greek life is not inclusive.

In response, Scheffler raised the idea of a co-directorship between himself and an unaffiliated student. Co-directorships are not without precedent, and multiple other committees have used a diarchic leadership model in the past. Additionally, Scheffler said he hopes to hold joint meetings between leaders of the Greek system and Student Government, something that Student Government has largely forgone in the past, he said.

“I would support [co-directorship] if it’s possible,” President-elect Flor Caceres ’22, said. “But it all would depend on what the rest of the executive directors would want. Because…it was an election still and regardless of whether or not Hank is also part of [Greek Life], he still won the election.”

Despite the bureaucratic and social challenges facing him, Scheffler said his agenda can prevail due to his wide connections within the Greek community and within the administration.

“I believe that my role as president [of DKE] is absolutely an asset,” he said. “I know what accountability looks like within the Greek system and I know what needs to be fixed.”