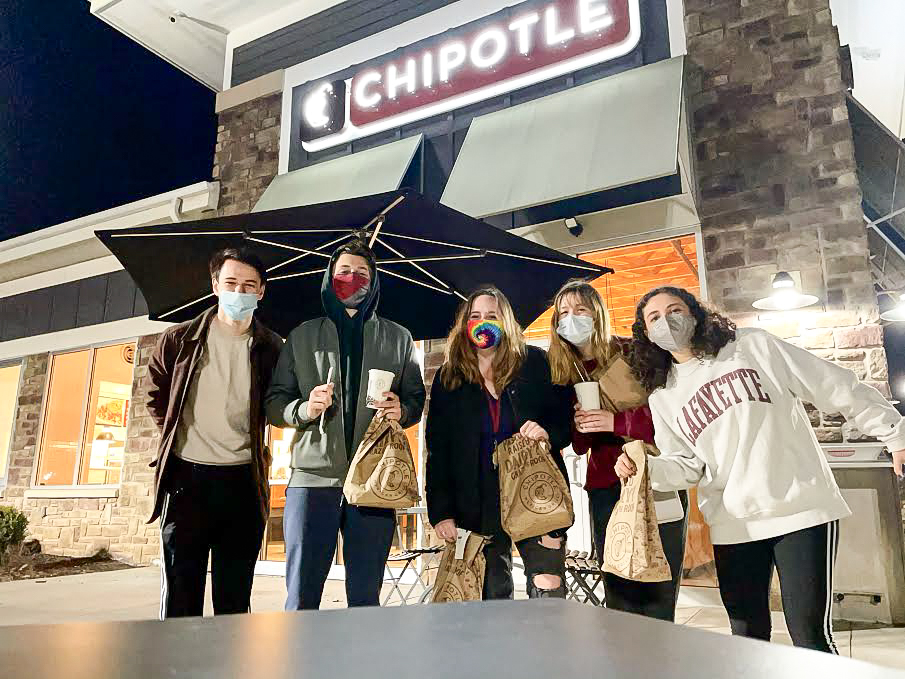 Members of the Lafayette Mock Trial A Team. (Photo by Carly Jones ’21)

The Lafayette Mock Trial team competed in the National Mock Trial Tournament last weekend, which they have only qualified for three times in Lafayette history. For captains Will Bennett ‘21 and Carly Jones ‘21, the achievement reflected a season of hard work by the team.

Forty schools competed in the tournament over the course of three days, facing off in pairs to determine which school advances on. This year, the Opening Round Champion Series (ORCS) was held from April 16 to 18. This is the second round of the national tournament, with 192 schools invited to compete. Of these, only six from each of the ORCS competitions will advance to the final stage.

Although Lafayette did not win an award or place at nationals, the team is now ranked among the top 50 out of over 650 teams nationwide.

“They pair the teams up randomly,” Bennett said. “They were reading all these teams and we were all so excited. And then they announce Lafayette Mock Trial’s going up against Harvard first.”

Havard placed 6th in the overall tournament, with Lafayette losing to Harvard by one, two and 15 points in the first three rounds, and tied the fourth ballot, according to Jones. Lafayette lost to Wesleyan second, the team that ultimately ranked 5th overall.

The captains emphasized that that they cared more about the experience of the tournament and all the achievements they have made as a team so far. Regardless of the outcome, they said they were proud of the team’s performance.

“I was more than pleased with every single round he participated in, even if the results didn’t go our way,” Bennett said.

“I think everyone was super strong all around and did a really good job just putting our best foot forward. We had a lot of really close rounds against top-tier teams, which is at least something I’m proud of,” Jones said.

Mock Trial has enough members to fill two teams. The A Team usually consists of upperclassmen, while the B Team consists primarily of freshman and sophomores. During the season, the A and B teams compete in regionals.

“Throughout the year, we kind of try out different combinations to see which works best…we structure two teams around how we think we can represent Lafayette the best way,” Bennett said.

During a regular season, the team travels to different schools to compete, Bennett and Jones explained. However, because of the pandemic, all competitions have taken place over Zoom which has had some advantages and disadvantages and brought forth some interesting changes.

“People have taken advantage of the online format with these big backgrounds going on. Like witnesses have big stacks of books in the back of them. So there, it’s a good thing…but then you can’t get super close to the judges to get their attention, or yell as loud as you would,” Bennett said. “I did this nationals weekend from inside my closet because it’s the only place with a clean background. I’m afraid of getting points off if they see my bedroom here.”

Jones credited the team’s spirit and morale as a driving force behind the team’s perseverance.

“Everyone was really close and got along really well. It was just an awesome year,” Jones said. “I couldn’t have asked for anything more.”

View all posts by Phoebe Goltra →