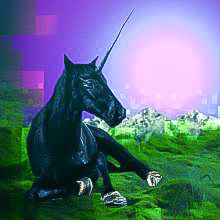 ‘Black Feminist Video Game,’ an interactive play written by Darrel Alejandro Holnes and directed by Victoria Collado, centers on an autistic teenager’s journey to confront his misconceptions about the women in his life through video games. (Photo courtesy of Lafayette communications)

While the pandemic has taken away the joys of live theatre, Lafayette, like so many other institutions, has looked to supply a replacement. And at the intersection of live theatre and the digital world lies a unique and interactive viewing experience coming to students next week.

From April 27 to April 30, the Williams Center for the Arts will host the Civilians theatre company’s “Black Feminist Video Game,” a performance rooted in audience participation written by Darrel Alejandro Holnes and directed by Victoria Collado.

The play follows Jonas, a biracial teenager with autism, as he learns to confront his own misperceptions about the women in his life and gain a deeper understanding of them through video games. The viewing will be a hybrid of live-streamed performance, pre-recorded sections and collaborative virtual audience interaction.

Inspiration for the production stems from Holnes’s Black feminist views and experiences with neurodiverse people. The play centers on Jonas’s journey of acceptance and respect for these groups.

“So much of it is about Black feminism, but beyond that it’s about compassion, it’s about understanding,” Holnes said in an interview with The Lafayette. “My goal here is that people see that there is joy there, there’s joy in making mistakes, there’s joy in trying to be a better person.”

Given his familial ties to people on the neurodiversity spectrum, Holnes’ intent was to tailor this piece to be both approachable by and representative of the neurodiverse community. Through collaboration with scholars in the world of disability studies, the production will be an accessible experience for neurodivergent viewers.

“It’s so rare that family members of mine who are on the spectrum have an opportunity to see themselves, especially as Black people who are neurodiverse, represented in any sort of media, especially the American stage,” Holnes said.

Though virtual plays are no substitute for live theatre, Holnes noted that the “Black Feminist Video Game” and productions of similar nature build on the tradition of live performance while integrating digital media and interactive elements to craft a one-of-a-kind viewing experience.

“I am excited to be in the vanguard of exploring these intersections, and I hope that more plays and more works of art continue to explore the ways that we can build unique worlds that occupy a multitude of places,” Holnes said.

This interactive production is also the first of its kind that Lafayette has hosted. Hollis Ashby, the artistic and executive director of the Williams Center for the Arts, expressed optimism that this new style of performance will spark vision in students and open a dialogue for important topics.

“I hope that it inspires their imagination to see what else is out there and how they can use the arts for their limitless creativity to express themselves,” she said.

As with all events at the Williams Center, Lafayette students will get free admission to the play upon registering for their day of choice. Further information about this event and access to tickets can be found on the Williams Center website.