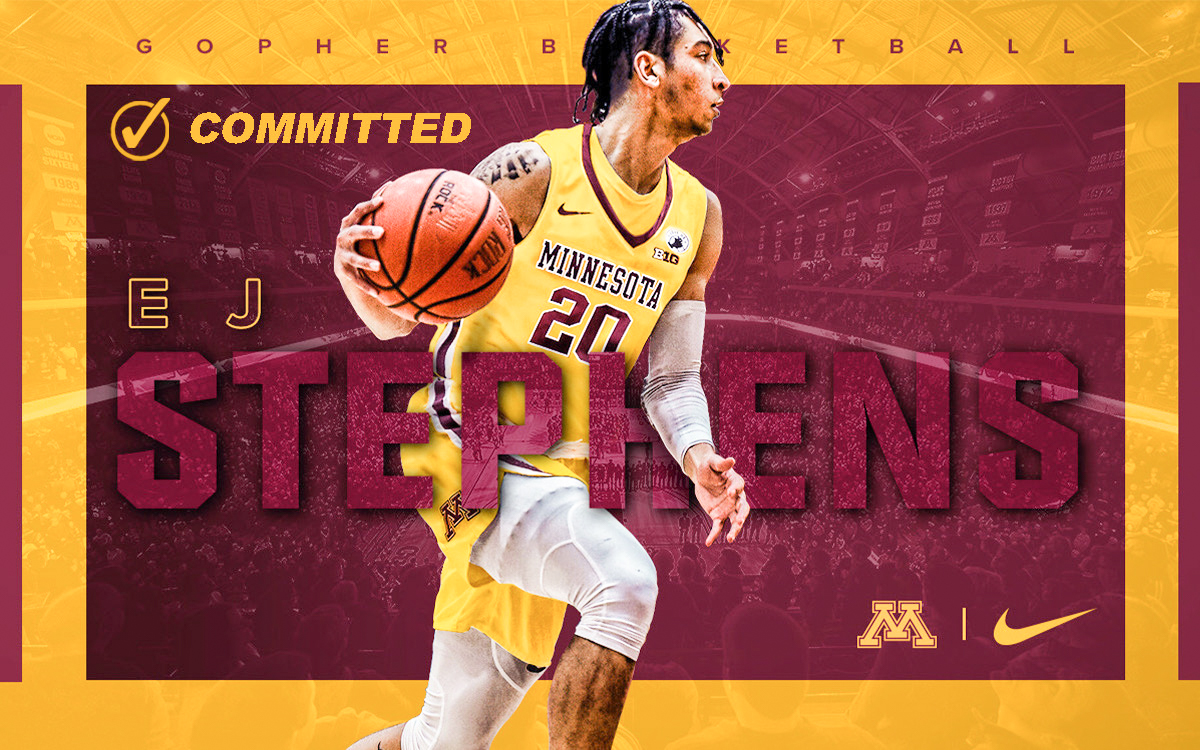 Stephens totaled over 1,000 points in his career at Lafayette. (Photo courtesy of Stephens’ Instagram)

While the COVID-19 pandemic has taken so much away from athletes, it is giving senior guard E.J. Stephens one more chance to play collegiate basketball. The Lafayette guard announced this week via Instagram that he would be transferring to the University of Minnesota at the conclusion of the academic year to play for the Gophers.

Stephens leaves Lafayette as the 47th player to score 1,000 points in Leopards history. He totaled 1,017 points for Lafayette and led the Leopards to two consecutive winning seasons in his final two years, something the Leopards had not experienced since the 2014-2015 season.

But Stephens is not done with basketball just yet.

“I wanted to play at a higher level than the Patriot League,” he said.

Due to new NCAA regulations resulting from the COVID-19 pandemic that give players an additional year of eligibility, transferring to Minnesota affords Stephens another year of collegiate ball—and potentially a chance to play professionally. At Minnesota, Stephens said he wants to enter a masters program, which Lafayette does not offer. This will let him continue to compete for another season.

“My family was all for it, they supported me throughout the whole process regardless of where I was thinking about playing,” he said.

“Moving without the ball is definitely the most important aspect of my game that I picked up at Lafayette,” Stephens said. “That is something I did not have coming into college but it’s something I had to develop because it’s mandatory for Coach O’s offense.”

“I’m definitely going to use that at Minnesota and the coach even brought it up when I spoke to him, so I will have an advantage since I already played in a system that uses off-ball movement for four years,” he added.

In his senior season at Lafayette, Stephens averaged 16.8 points per game along with 4.5 rebounds and three assists while shooting 45.5 percent from the field and 90 percent from the charity stripe.

Although he chose Minnesota, his options were far from limited prior to settling on the Gophers. Stephens’s strong ball handling skills combined with a knack for scoring made him one of the top prospects looking to transfer. Some of the top schools that reached out to Stephens included Vanderbilt, Iowa State and Florida Gulf Coast, according to 247 Sports.

“I had a number of other offers,” Stephens said. “My final three were University of South Florida, Loyola-Chicago, and Minnesota. The vision Minnesota’s coach has and the fact they are in the Big 10 conference drew me to Minnesota.”

The coach Stephens is referring to is Ben Johnson, Minnesota’s head coach, who only took the reins for Minnesota a few weeks ago. Minnesota is Johnson’s alma mater, and he worked there as an assistant from 2013-2018. Most recently, Johnson served as Xavier’s assistant head coach from 2018-2021.

Minnesota has an influx of talent currently, with Stephens joining a roster that already includes one four star recruit, KyKy Tandy, and two three star recruits, Colby Jones and Zach Freemantle. Stephens was joined in transferring to Minnesota by two other players. Fellow senior Luke Loewe is a guard transferring from William and Mary and Jamison Battle, a shooting guard from George Washington University, will also be making the move.

Looking back at his four years at Lafayette, Stephens said he would not have wanted to change a thing.

“I would not have wanted to spend this past four years any other way,” he said. “Lafayette will forever be home for me. I made brothers here and many of my friendships will last a lifetime, as well as my relationships with my coaches. I would not trade my time here for anything and I’m extremely grateful for these past four years.”