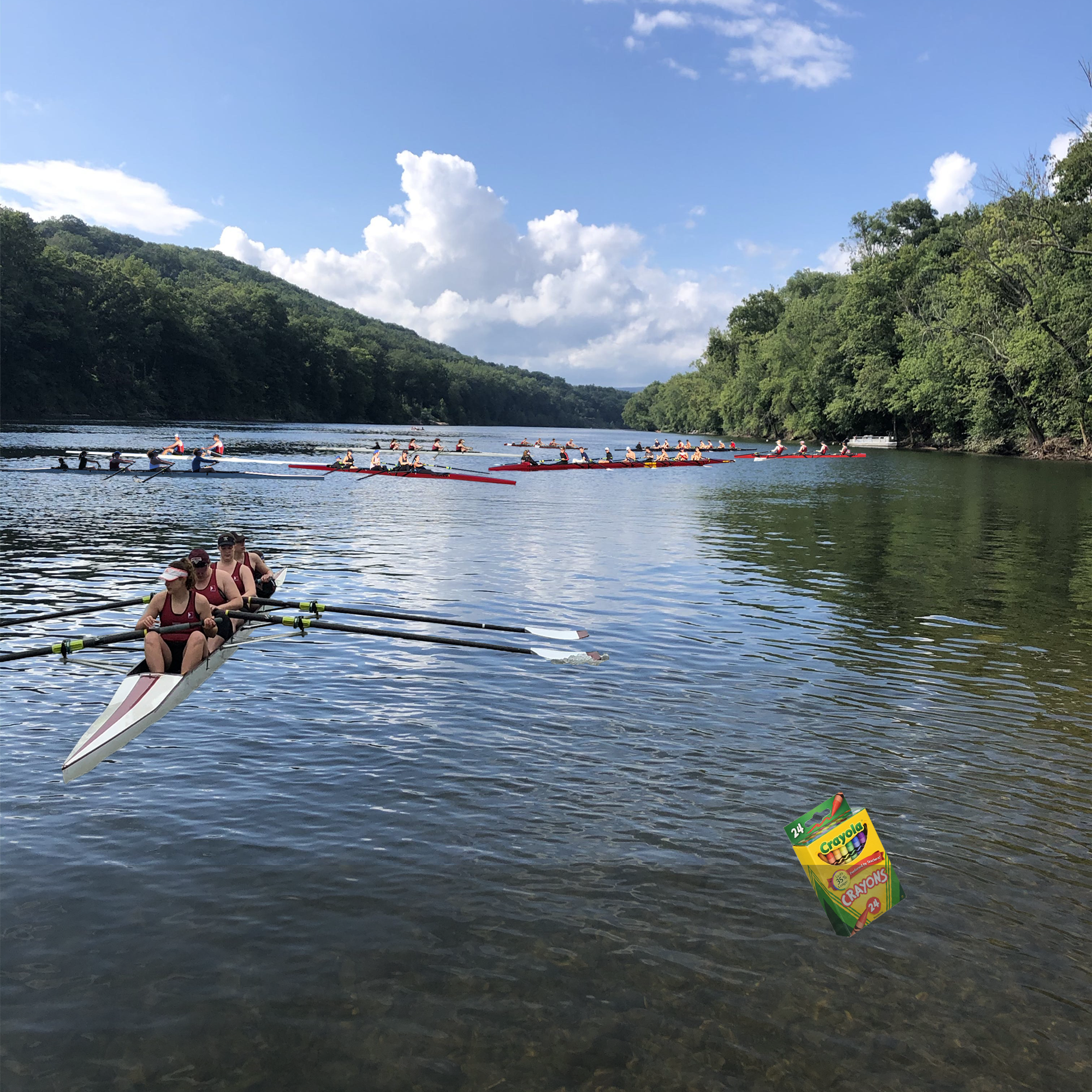 In an unfortunate start to their first practice this spring, the entire crew team is apparently lodged diagonally in a massive boat-pileup across the Delaware River.

“Our glasses got all fogged up from breathing under our masks,” senior coxswain Cock Sin ’21 screamed from the middle of the river. “One minute we were chillin’ and the next we were in a blind fog and oared ourselves into this snafu.”

According to a Public Safety officer who was standing on the river bank observing the situation and eating a hoagie, the pileup seems to be “as long as the empire state building is high.” He also clarified that “this situation would never have happened had they just not been wearing their masks.”

The current plan of action involves civil engineering majors from the geotechnical dirt class digging out boats with plastic spoons. These folks have had some experience with boats, but it turns out constructing concrete canoes over Zoom last semester has proved unhelpful in this endeavor. One rower was even overheard saying, “I don’t get why the ChemE’s or ECE’s aren’t helping us… they’re the smartest engineers anyways.”

The biggest concern, however, is not the slow-goings of the rescue. It appears that this pileup has blocked several pressing Crayola crayon shipments from reaching their destinations.

“Our shipment of Robins Egg Blue hangs in the balance of these idiots,” head factory dude Purple Pizzazz wrote in an email. “It’s looking like Macaroni and Cheese Orange is likely unavailable for the remainder of 2021.”

The nation has reacted splendidly, with thousands of craft store shelves empty in a Crayola-hoarding panic. President Biden has even caught wind of this disaster, earlier heard saying “I will declare war on every country if I don’t get my hands on a Purple Mountains Majesty crayon ASAP.”

But all hope is not lost. The Lafayette has learned from a top-secret anonymous source named Everly Giverly that the Coast Guard has been deployed and should be reaching the river banks later today.

We look forward to the safe return of the crew boats to the boathouse, which is expected to happen by early 2022.