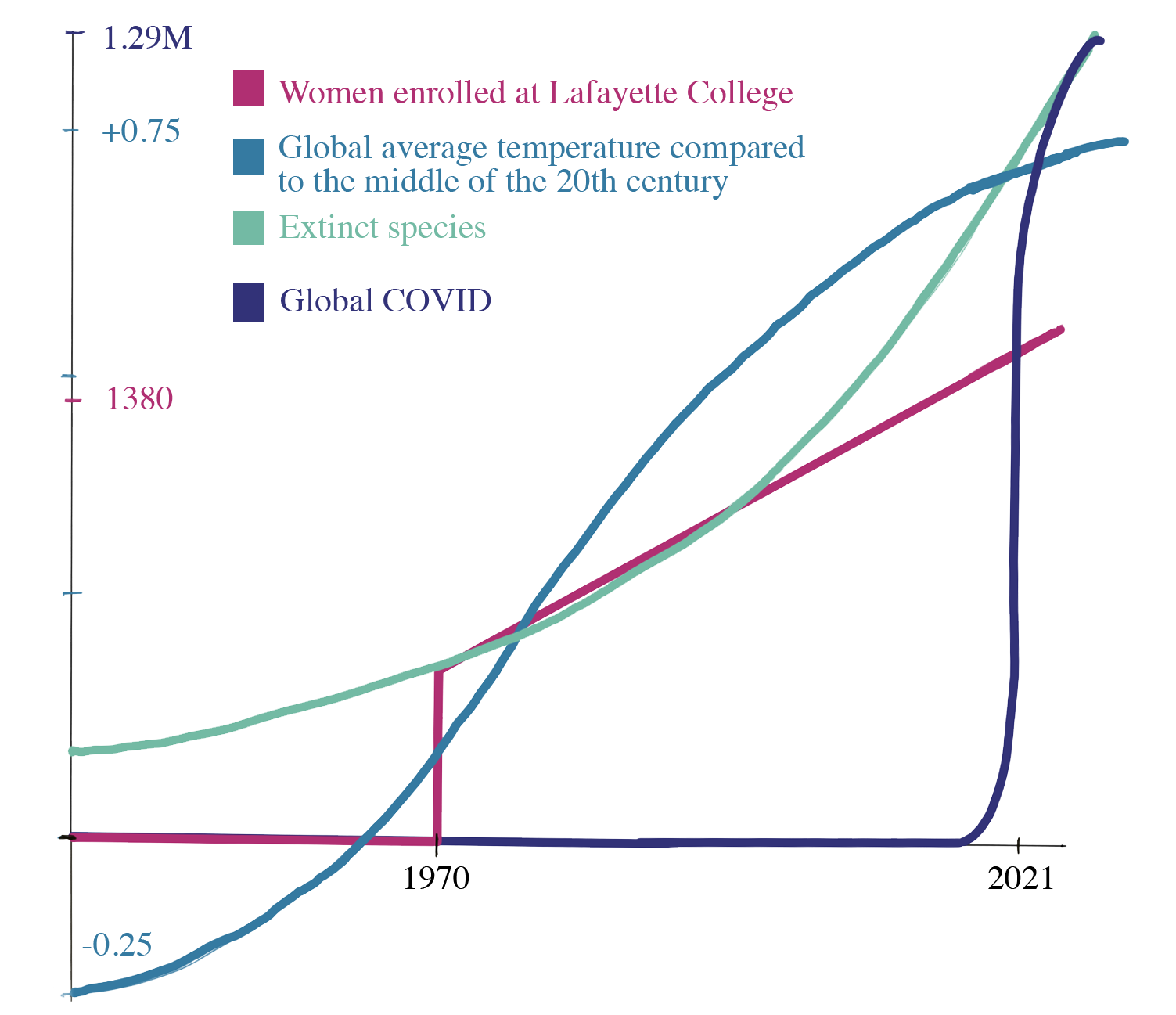 As students and faculty reflect on the past 50 years of co-education at Lafayette, one thing has become abundantly clear: the admission of women into the college has led to nothing but trouble.

On June 1, 1967, a committee was established to explore the possibility of admitting females to degree programs at Lafayette College. Committee head, Herb Williams, described the decision as “a lose-lose situation.”

He explained that while admitting women would certainly be detrimental to the value of a Lafayette education, not admitting women may lead to even higher numbers of closeted gays, something which Lafayette was already working hard to discourage.

Fifty years after the decision was ultimately made to admit women to the college, a new committee was tasked with exploring the possibility of no longer admitting females to degree programs. This past week, committee members Chet Cirby and Will Stonewell presented their findings to the Board of Trustees.

Cirby, an outside linebacker for the Lafayette football team, said “the presence of women at Lafayette has dramatically decreased the success of the football team. Before women were admitted, the team won multiple national championships, but since 1970… nothing.”

“This trend is clearly because of the addition of cheerleaders and the distraction which their provocative outfits pose for the players,” Stonewell added.

The committee members also discussed the impact of this decision on the global sphere.

“At Lafayette College, 70% of biology degrees go to women, and yet over 2/3 of the world wildlife population has been lost since 1970,” Stonewell said.

“It is clear that women are doing nothing with their biology degrees to prevent this loss and, if anything, they are making it worse,” Cirby added. “Additionally, despite their supposed efforts to make the campus more sustainable, the climate crisis has escalated exponentially in the past 50 years.”

“Women consistently undermine their own efforts by insisting that room temperatures be raised simply because it is too cold. We have found this to play a major role in the rising global temperatures,” Stonewell said.

While these arguments posed significant reasoning for the college to reconsider its position on co-ed learning, it was Cirby and Stonewell’s final point which truly revealed the negative impact of women at Lafayette.

This past semester, for the first time in the college’s history, students were asked not to return to campus.

“While we understand that there were extenuating circumstances, we can’t help but emphasize the fact that this never happened while Lafayette was a male-only institution,” Stonewell said. “It just makes you wonder how the situation might have been different if women hadn’t been involved.”

Unfortunately, due to concerns relating to “cancel culture,” the Board of Trustees has decided not to move forward with the possibility of returning to an all-male college.