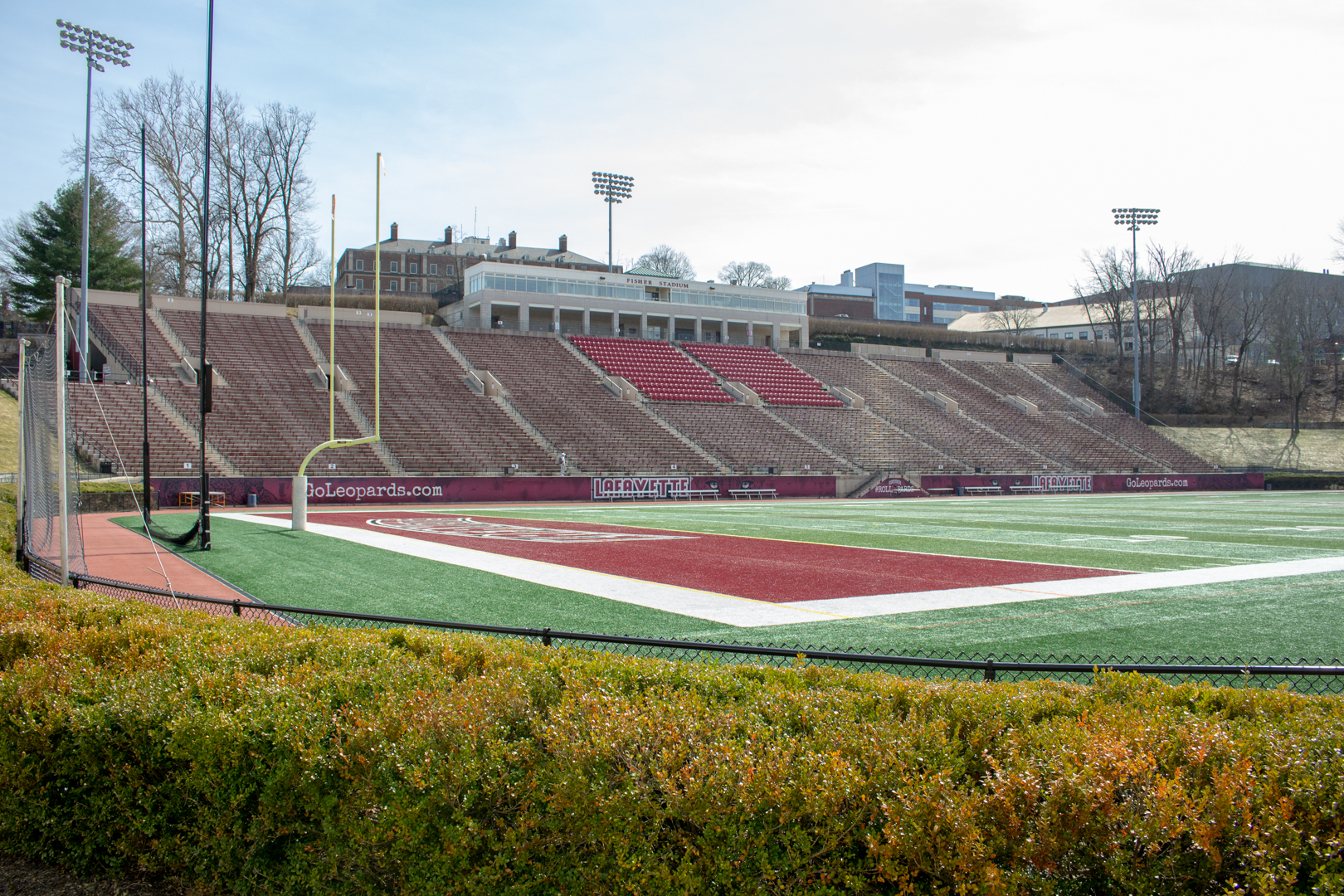 Teams playing both high-contact and contactless sports have experienced postponements and cancellations. (Photo by Kwasi Obeng-Dankwa ’23)

More than seven of Lafayette’s 23 varsity athletics teams have been forced to postpone their matchups over the past few weeks, including football, men’s and women’s tennis, baseball and softball, men’s lacrosse and volleyball.

Lafayette student-athletes have been under pressure this season as COVID-19 outbreaks caused postponements and cancelations across multiple athletic teams. Teams playing both high-contact and contactless sports have had positive cases in the past few weeks, and the athletes have needed to be particularly cautious both on and off the field.

“We anticipated the occurrence of postponements and cancelations,” Athletic Director Sherryta Freeman wrote in an email. “For that reason, we have remained steadfast in our adherence to protocols to minimize the disruptions to our seasons.”

The football team had a positive case last weekend that caused last Saturday’s game against Bucknell to be moved to tomorrow.

“It was a little bit of a letdown because we were really excited last week to play Bucknell, but thankfully we rescheduled and we’re able to play them this Saturday,” said senior quarterback Cole Northrup. “It was our first incident of COVID on the team, and we’re all being a little bit more cautious now.”

Despite being a more socially-distanced sport, the men’s tennis team has also dealt with cancelations and postponements due to a COVID-19 case from a Lafayette student-athlete.

“It’s definitely been disappointing with the postponements that we’ve had. It would have been really great for us to get those matches in before the Patriot League matches,” said sophomore tennis player Josh Wolfe. “We’ve only had two matches so far, and unfortunately we lost both of those.”

The cross country and track teams have had their seasons completely turned around due to the pandemic, with the two teams joining together in January and February, track and field not being able to participate in their heavier fall training in 2020 and cross country being forced to race in the snow.

“Because the track and field team got back to campus so early when the school was still figuring out all the rules, we were almost a test to see what was going to work and what wasn’t,” said junior distance runner Cassandra Wilk. “Now students are here and we’ve seen what works for us as a school.”

“We didn’t get our normal fall training, which is a lot of throws and heavy lifting, and then we spend the spring getting faster and more explosive, working on technique, and preparing for meets,” added sophomore thrower Fischer Biggs. “The season’s a bit different, but it definitely feels like a real track season. We have less meets, but we just have to make the most of the opportunities that present themselves.”

Many teams have actually found a way to get closer with each other during this time, however, and creating team camaraderie has been an unintended benefit of trying to prevent the spread of the virus.

“Our team is very close with each other, so our social group is small enough to the point where our way of avoiding outbreaks is by trying not to expand our social circles too much,” Wilk said.

Despite the postponements, most Lafayette teams are still in action, with nearly half of the 23 teams competing this weekend.

“While we have several weeks remaining for our athletic seasons, I am pleased with the limited amount of interruptions we have endured due to COVID-19 related cases on our end,” Freeman said.