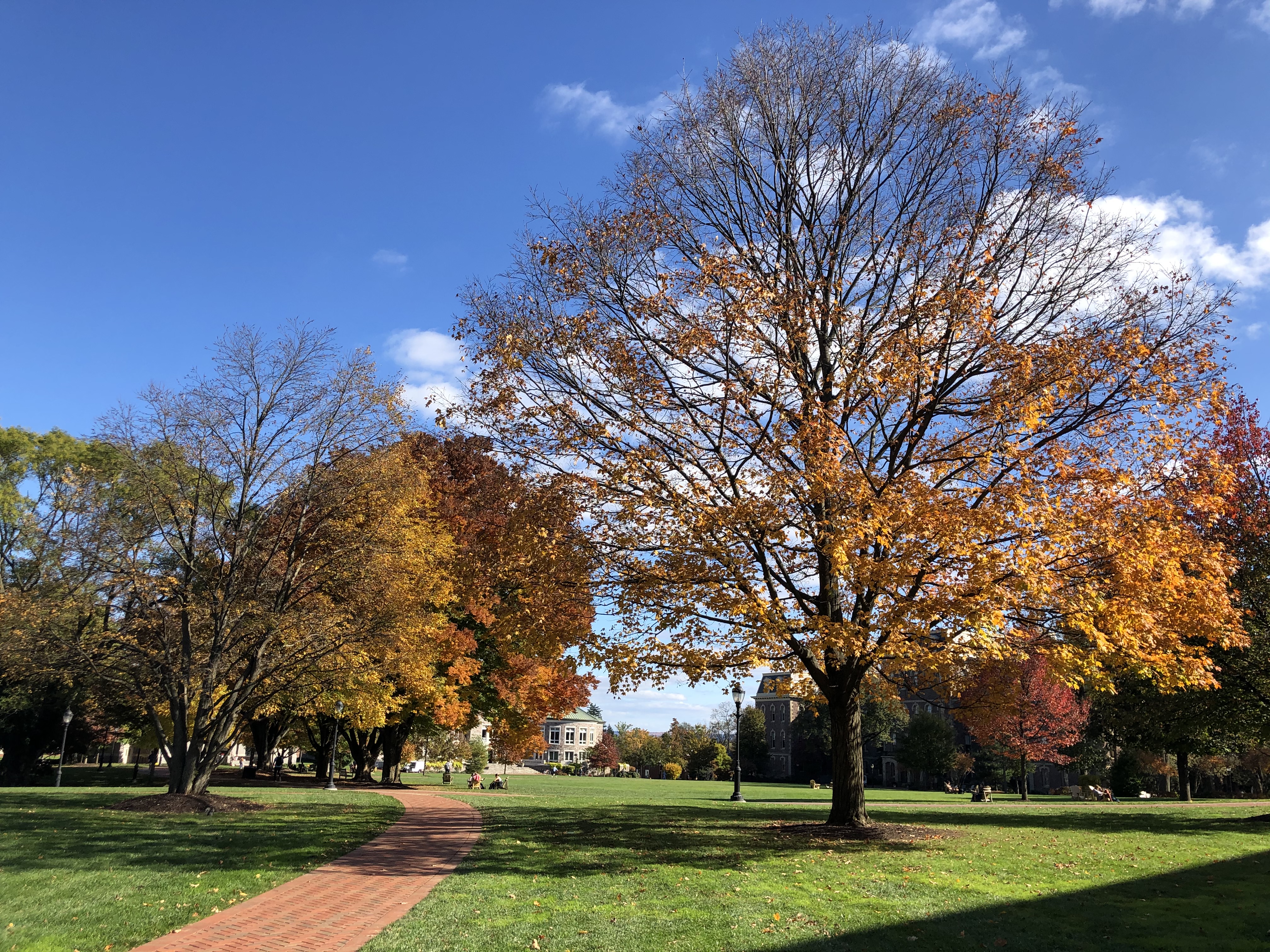 Each graduating senior will be allowed two guests at commencement in May. (Photo by Brandon Marin ’22)

The Class of 2021 will be having an in-person commencement ceremony this spring, provided Pennsylvania state restrictions allow for large outdoor events at the time. This is one of the first steps as the college looks to return to normalcy next fall, with all in-person classes and a typical offering of extracurricular activities.

The 186th commencement is scheduled for May 30 at 10:30 a.m. in Fisher Stadium, with each graduating senior being allowed two guests, according to an announcement from the college on Wednesday. Fisher Stadium is large enough to safely accommodate a crowd of this size, which is a luxury many other schools have not had, President Alison Byerly said. The event will also be live streamed via the Lafayette Sports Network and will be available across the world.

The college has not yet announced who this year’s commencement speaker will be, but Byerly confirmed that the college is in the process of looking.

“We have an invitation to someone who I think everyone would be excited about,” she said.

Last year’s graduating class missed out on an in-person commencement, with the ceremonies taking place entirely virtually. Being able to give this year’s seniors a “sense of coming together” was one of the primary motivators for planning an in-person ceremony, Byerly said. Last year, the year “petered out,” she added, and this year the goal is to give students a sense of closure.

“It was really striking to me how incredibly meaningful and symbolic [the commencement ceremony] is,” she said. “For students, it was more about being together with each other.”

Byerly and other members of the administration have been in the process of planning the commencement ceremonies for months, and have been in active consultation with health officials to ensure safety during the event. Between the overall low COVID-19 rates on campus, diminishing rates nationwide and the increasing availability of vaccines, Byerly said the administration is optimistic about the in-person commencement ceremonies.

And this optimism is carrying into next semester as well. The college announced on Tuesday a “return to normal” for the fall, meaning all classes are expected to be held in person with the “typical array” of extracurricular activities being available to students.

“It feels like we’re kind of pushing away from the dock a little bit, the ship’s getting underway, and we’re able to start to regain normalcy,” said Vice President for Campus Life Annette Diorio.

“We’ll never be the same…[the pandemic] is an event that will change us forever,” she continued. “But just being able to be back together and students being able to do all the things that makes Lafayette so special, that is what I’m most excited about.”

More details are forthcoming, and Byerly said that whether or not students will be expected to wear masks “in certain settings” will depend on national mandates.

In addition to the obvious social benefits for students, Byerly noted the impact on the classroom that the return to normalcy will have.

“The classroom dynamic depends on people interacting in a shared space,” she said. “There are so many subtle signals and conversations that you lose [in a virtual classroom]. There’s so much in the way of personal connection.”

“It was very gratifying for us to hit send on the [return to normalcy] memo and say, ‘yep, we’re doing it, we’re gonna be back,’” she added.