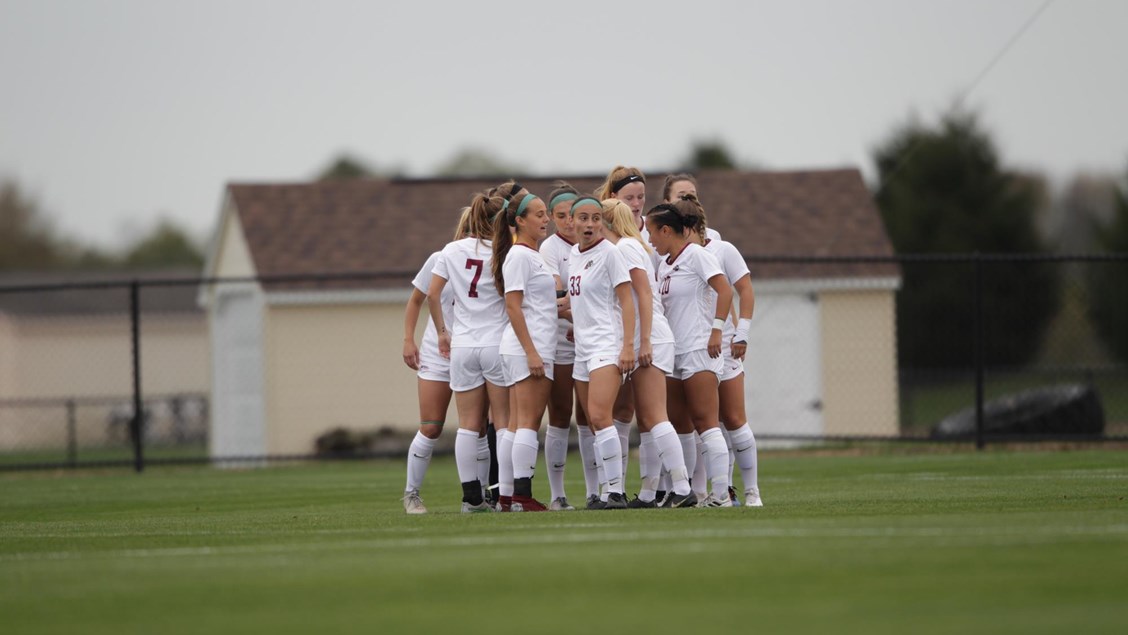 The team normally plays around 20 times in a season, but this spring they have only six games. (Photo courtesy of Athletic Communications)

The Lafayette women’s soccer team suffered their first loss of a shortened season at the hands of Holy Cross last weekend, 2-1. The Leopards now hold a 0-1-1 record with just four games remaining before the playoffs.

“It’s definitely difficult to balance the changing schedules,” said sophomore forward Melissa Lamanna. “Normally, we would have around 20 games in a season but now we have six. We’ve been training at the turf at six a.m. since we have been at Lafayette. We can do everything properly ourselves, but it’s a matter of also adapting to what other teams are doing, such as specific testing protocols. We have to just make every game count and adapt to the different situations we are faced with.”

The Crusaders, who were playing their first game of the season, got on the board early to take a 1-0 lead. The score came within four minutes of kickoff on a short-distance shot, and was the first goal Lafayette had surrendered in more than 110 minutes after holding Bucknell scoreless in the season opener.

“It took a while to get going,” Lamanna said. “I think we were a bit lax, it was our second game of our spring season.”

Following the early goal, the Leopards hunkered down and held Holy Cross scoreless the rest of the first half. Lafayette received the spark they needed on offense through a substitution which brought Lamanna and freshman midfielder Emily Coe into the match.

“We were creating a lot of opportunities, it was the fact that we couldn’t capitalize on most of them,” Lamanna said. “Obviously, playing a game where you are down in the first four minutes is always going to be a struggle.”

The Leopards didn’t have to wait long for the equalizer, as Lamanna notched her first career goal in the 32nd minute off a pass from Coe. The score knotted the game at one, and the teams headed to the locker room tied at halftime.

Coe was named the Patriot League Rookie of the Week after tallying her first career point with an assist on Lamanna’s goal.

As they did against Bucknell, the Leopards utilized two goalies with each playing one half of the game. In the second half, sophomore Natalie Neumann came in relief for senior Maggie Pohl.

In the 62nd minute, the Crusaders capitalized on their own timely substitution and took a 2-1 lead with a go-ahead goal. The score proved to be the deciding factor as both teams came up empty in their remaining opportunities.

The Leopards outshot the Crusaders 16-8 in the game and held a 7-3 advantage in shots on goal. Senior midfielder Sophie Saldivar and sophomore forward Sara Oswald led the Leopards in shots, each contributing four with two on net.

The Leopards led Holy Cross in almost every major statistical category but still fell short. Aside from outshooting the Crusaders, the Leopards had four more corners, 6-2, and committed three fewer fouls, 8-5.

The women’s team will be looking for their first win tomorrow when they take on Colgate at three p.m. in Hamilton, N.Y.