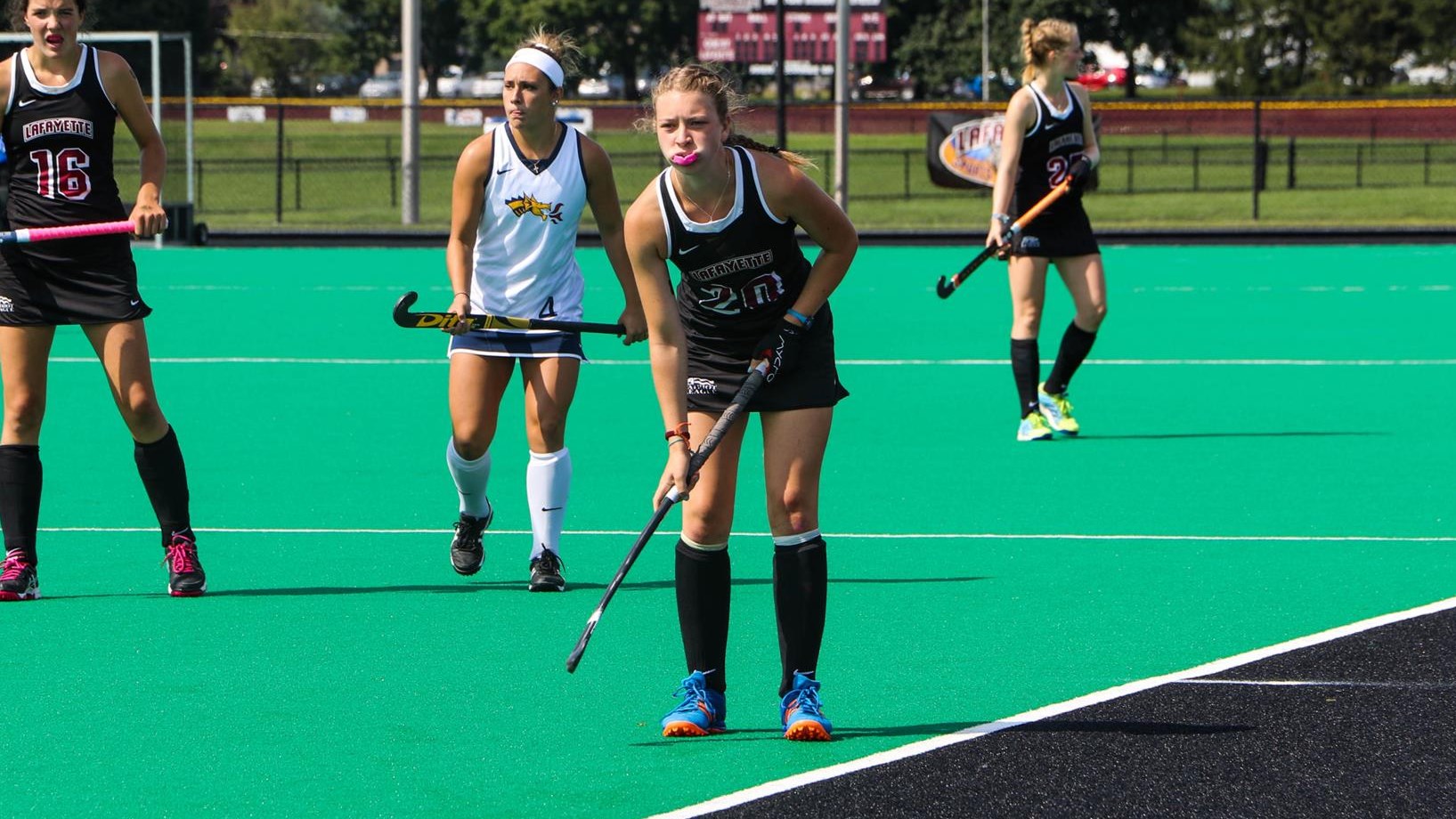 Field hockey has only lost twice to Lehigh dating back to the 2006 season. (Photo courtesy of Athletic Communications)

The Lafayette field hockey team failed to secure a win over rival Lehigh last weekend in the first game of their condensed six-game spring season. The Leopards allowed a goal during the third period and were not able to recover before the clock ran out.

“It’s been almost exactly 490 days from the last time we played a game in November,” said junior forward Alix Talkow. “Leading up to this, I think we’re all just really excited and grateful for the opportunity to be playing again.”

In 2019, the Leopards posted a 12-8 record and went to the Patriot League Championship game for the first time since 2012. Before Sunday’s contest, the Leopards had won 15 out of the 16 rivalry games with the Mountain Hawks since 2006 with the only loss being in overtime in 2017.

On Sunday the Leopards came out swinging, outshooting the Mountain Hawks 4-2 and generating most of their offense in the first half. The game remained scoreless at halftime despite close shots from junior forward Molly McAndrew and sophomore forward Felicitas Hannes.

Late in the third quarter, Lehigh found the eventual game-winner off a penalty corner. Lafayette tried to rally in the final period, earning four penalty corners and taking three shots, but the Mountain Hawks held on for the win.

“Addressing connections is one of our biggest takeaways from Sunday,” said sophomore defender Simone Hefting. “Most of us played like individuals, not a team. We should be more connected.”

Less than a minute into the final period, Hefting had a near miss for the Leopards on a penalty corner, as her shot went wide. Later in the frame, Talkow nearly scored the equalizer on a breakaway, but her shot was saved by the Lehigh goalkeeper.

The Leopards’ final shot of the day came from Hefting on a penalty corner with two minutes left, but her shot was blocked by a Lehigh defender, and the game ended soon after.

“I think something that we will definitely work on is just our timing and connections with each other on the field both on and off the ball, as well as sustaining attacking pressure to go into this next game against BU,” Talkow said.

For their next game against Boston University, both Talkow and Hefting agreed on the importance of watching film from this past game.

“We’re going to watch a lot of video and see what we can do better individually, by line and also as a whole team,” Hefting added. “I think that’s a big part, and then we will just go out to Metzgar Field and have a lot of fun.”

The Leopards will be hosting the Terriers on Sunday at one p.m. and searching for their first win of the spring.

View all posts by Allie Campanella →