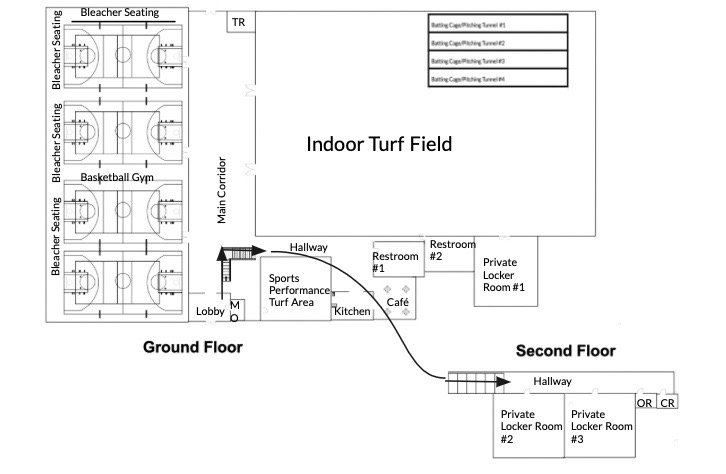 Students pitched their design for a new indoor athletic facility at Metzgar Fields last week at the annual Real Estate Case competition hosted by the Dyer Center. Scott Fernandes ’22 and Jon Davis ’22 presented the best pitch and won a $3,000 prize.

Yusuf Dahl, the Dyer Center marketing coordinator, helped develop programming and supported students in developing the entrepreneurial competencies that he hopes will position them for success post-Lafayette.

“The competition is hosted to provide students with a consequential opportunity to analyze a complex translation, synthesize a copious amount of information, create a strategy, anticipate and mitigate risks, build a financial model to demonstrate project viability, and then present it all clearly and concisely to a group of judges,” Dahl said.

Fernandes and Davis are both locals and have witnessed firsthand the negative impact COVID-19 has had on small businesses in the Easton area. They both hope that their proposed project can generate foot traffic and provide additional revenue for struggling businesses.

“We wanted to identify and prioritize the financial needs of [the] college by using assets that aren’t currently being utilized in order to generate revenue,” Davis said. “This facility would provide [Division I] athletes with more resources so they can be more competitive on the field/court and it would serve the surrounding community as well.”

Their main goal was to design a facility that would financially benefit both Lafayette’s athletics and the surrounding communities. They pitched the idea of creating a regional facility that would house four basketball courts, four batting cages and pitching tunnels, a sports performance area and an indoor turf field. The facility would be both regional and local, thereby enabling local teams to rent the space for use.

The winning team had a unique approach to their funding strategies that set them apart from other competitors.

“We were able to make this a profitable project because we made a few key partnerships. The first partnership with regards to the operational aspect of the facility was given by the prompt of the project,” Fernandes said. “Lafayette earns profit by owning the property and collecting rent from leasing the facility. We also get a slight share of the revenue, which on average was 10 percent over the 75-year lease.”

In most cases, a nonprofit such as Lafayette would use grants and other funding from the government. However, due to the limitations posed by how much money the college can receive and how much funding is available, Fernandes and Davis adapted a different strategy.

“We believed that something that would allow us to generate a larger source of funding would be a corporate sponsorship, specifically with an existing partner of the college: Lehigh Valley Health Network [LVHN],” Davis said.

Lafayette currently has a large contract with the LVHN for the spring semester COVID-19 testing materials. Fernandes and Davis were determined to generate a higher return by taking advantage of the college’s existing relationships within the community and giving up the name rights of the facility in exchange for 50 percent financing.

They asked LVHN for approximately seven million dollars in funding, which covered half of the finances. Alumni donations were estimated to fund 14% of the cost, which equated to around two million dollars according to the Development Office. Fernandes and Davis took out a loan for the remaining 20% and their partner took a 16% equity stake.

While the competition was held in a virtual format for the first time, the students managed to overcome the challenges and deliver comprehensive presentations.

“We have found the competition fosters the entrepreneurial competencies of perseverance, self-efficacy, teamwork, and business communication,” Dahl said.

It is unclear if the project itself will be implemented in the near future, but Fernandes and Davis’ unique proposal has real implications in the Lafayette community and beyond. They both look forward to pursuing careers in investment banking or real estate.

View all posts by Onab Falak →