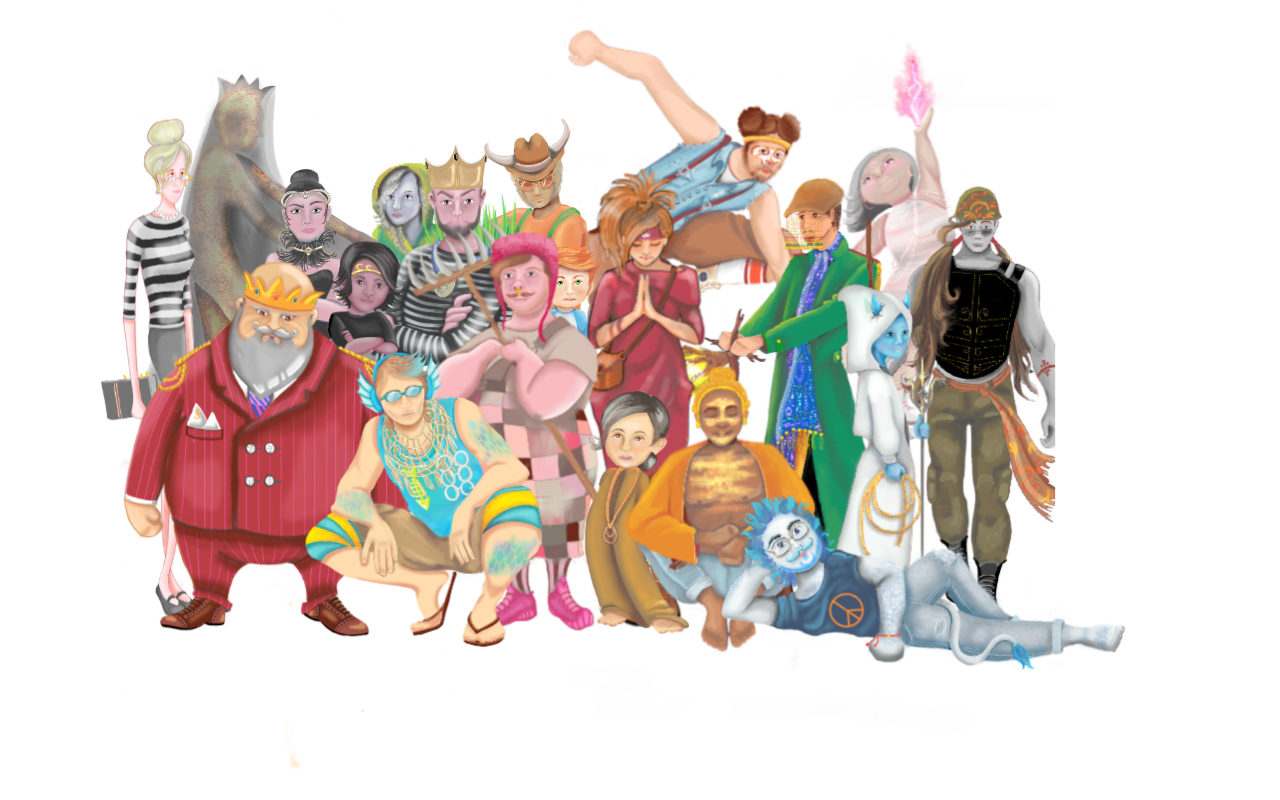 The virtual production of ‘Monkey’ will utilize animation based off of sketches such as this one. (Photo courtesy of Alexander Owens)

Almost eleven months after it was originally scheduled to take place, the theater department’s virtual production of the show “Monkey” finally premieres next Thursday.

The show, adapted from the folk novel “Journey to the West” by Irish playwright Colin Teevan, is directed by theater professor Suzanne Westfall with the help of assistant director Sarah Frankel ’21.

Westfall said she has loved the play ever since she got the chance to see it performed twenty years ago in London with her interim study abroad class.

“[Monkey] is one of the most famous characters and books and plays and everything in all of Asia, and Americans know almost nothing about it,” Westfall said. “‘The Journey to the West’ is an extremely important text to three of the greatest religions and cultures in the world, it’s a wonderful play, and something I think people should know about.”

Westfall explained that the show tells the story of a monk who, along with her companions, journeys to the Buddha to get the Buddhist teachings and brings them back to China, which is in chaos.

“Through the show there are also all kinds of religious and philosophical debates,” Westfall said. “Basically the play covers the journey of these four pilgrims through the landscape to retrieve the sacred teachings that will bring peace to China.”

“I think we have an incredible obligation to understand the culture of the other half of the world,” Westfall added.

Lisa Green ’24, who plays Yama King of Death, said that the production’s message is about the journey, not the destination.

“As a [Lafayette] community, that feels exactly like what we’re experiencing now—figuring out an unconventional semester together and enjoying while making the most of everything it has to offer,” Green said.

The theater department was originally supposed to put on the production one year ago in the spring of 2020, but the show was canceled once students were sent home due to the COVID-19 pandemic. Once the theater department went virtual, the cast began working on the show once more, replacing actors who had graduated with new cast members and making the difficult transition from a three-dimensional stage performance to a two-dimensional Zoom production.

Westfall said that in this production, actors are filmed performing on stage by themselves. The design team, therefore, had to transition from building structures to drawings. And as the show involves a number of stunts that cannot be physically performed in this setting, virtual stunts have been created through a combination of drawing, animation, acting and videography.

Adam Bramson ’20 agreed to return to Lafayette’s “stage” one final time to perform the role of Monkey at Westfall’s request, despite having graduated the previous year.

“[Westfall] had pitched the idea of ‘Monkey’ back when I was a freshman and she wanted me to play that, regardless of whether I was a student or not, because that’s what she had in mind for the show, so I said why not,” Bramson explained.

Green acknowledged one challenge of virtual performances: acting while unable to see her screen partners.

Bramson agreed, noting that when acting by himself, “There is just a lack of energy to feed off of.”

But for the performers in “Monkey,” the show must go on.

“Our number one priority is to keep our students safe, to do this in a safe environment so no one’s getting sick or spreading disease, and we’ve thankfully been extremely successful at that.” Westfall said. “Our second is to give students a theatrical experience to keep training them, to keep talking about things that matter in theater. It’s our duty to keep teaching, to keep students occupied, to keep students engaged, to keep students learning, to keep the arts in front of people’s faces.”

“Monkey” will be streamed live March 11-13 at 7:30 p.m., and recordings will be available for 48 hours after each performance. Tickets are free for all and can be purchased on the Lafayette tickets website.