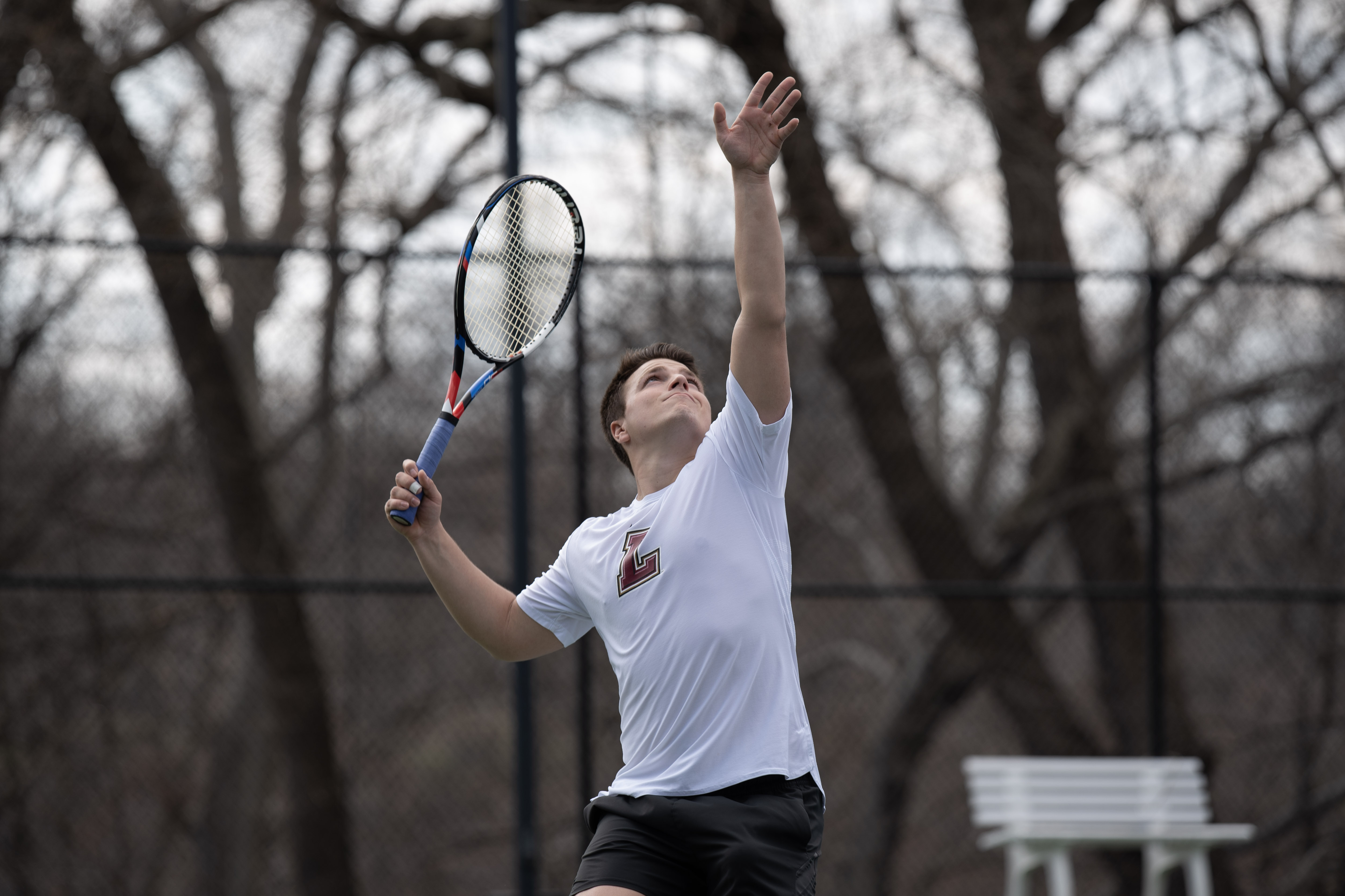 The team kicks off their conference schedule tomorrow evening with a match at Lehigh. (Photo courtesy of Athletic Communications)

The Lafayette men’s tennis team was swept this past weekend by Villanova 7-0, dropping their season record to 0-2 with Patriot League play set to begin tomorrow.

The team played Villanova without star junior Will Barry, who was unable to attend the match due to a recent COVID-19 contract trace. Barry typically plays in the top spot for the Leopards in both singles and doubles.

“I got contact traced on Tuesday the week of our Villanova match,” Barry said. “Despite testing negative four times, I was deemed ineligible to play on Sunday.”

Barry lamented that he had no symptoms and passed a number of tests but still was not able to play.

“It was definitely disappointing given that I had passed a number of tests and had no symptoms but wasn’t able to go out and compete against great competition,” he said. “Some of the COVID rules don’t make much sense to me, but that’s just that world we live in.”

Similar to other Patriot League and Lafayette teams, the team has faced a series of virus-related setbacks, including a canceled match against Union College in just the second weekend of the season.

“COVID has prevented us from playing some matches against some good opponents and that is what the team needs: matches and experience,” said sophomore Josh Wolfe.

Against Villanova, sophomore Nash Lovallo came the closest to winning a match for the Leopards, falling 6-4 and 7-5 at No. 4 singles. Lafayette dropped the remaining singles and doubles matches.

“Everyone on the team seems to have a desire to get better,” Wolfe said. “And it helps that we have added Nash Lovallo to the lineup this year since he was missing last year due to injury.”

“I definitely believe we will be better than last year,” he added.

The absence of key players, a lack of matches played and an overall lack of experience ultimately culminated in the team’s decisive defeat. However, both Barry and Wolfe agree that the team has serious potential in a competitive league.

“We’ve got a tough schedule this year, the Patriot League has a lot of talent,” Barry said. “We are capable of beating a lot of our opponents, it really just comes down to execution.”

Despite the uncertainty around the team’s schedule, some players can take solace in the fact that the effects of the pandemic are far beyond their control.

“It’s been a wild year and nobody knows what it’s gonna look like week to week in terms of positive tests and contact tracing,” Barry said. “So I just try to worry about what’s in my control and have a good time doing it, that’s important too. It’s just a game.”

The team kicks off their conference schedule tomorrow in Bethlehem against rival Lehigh at 5 p.m.

View all posts by Luke Woodward →