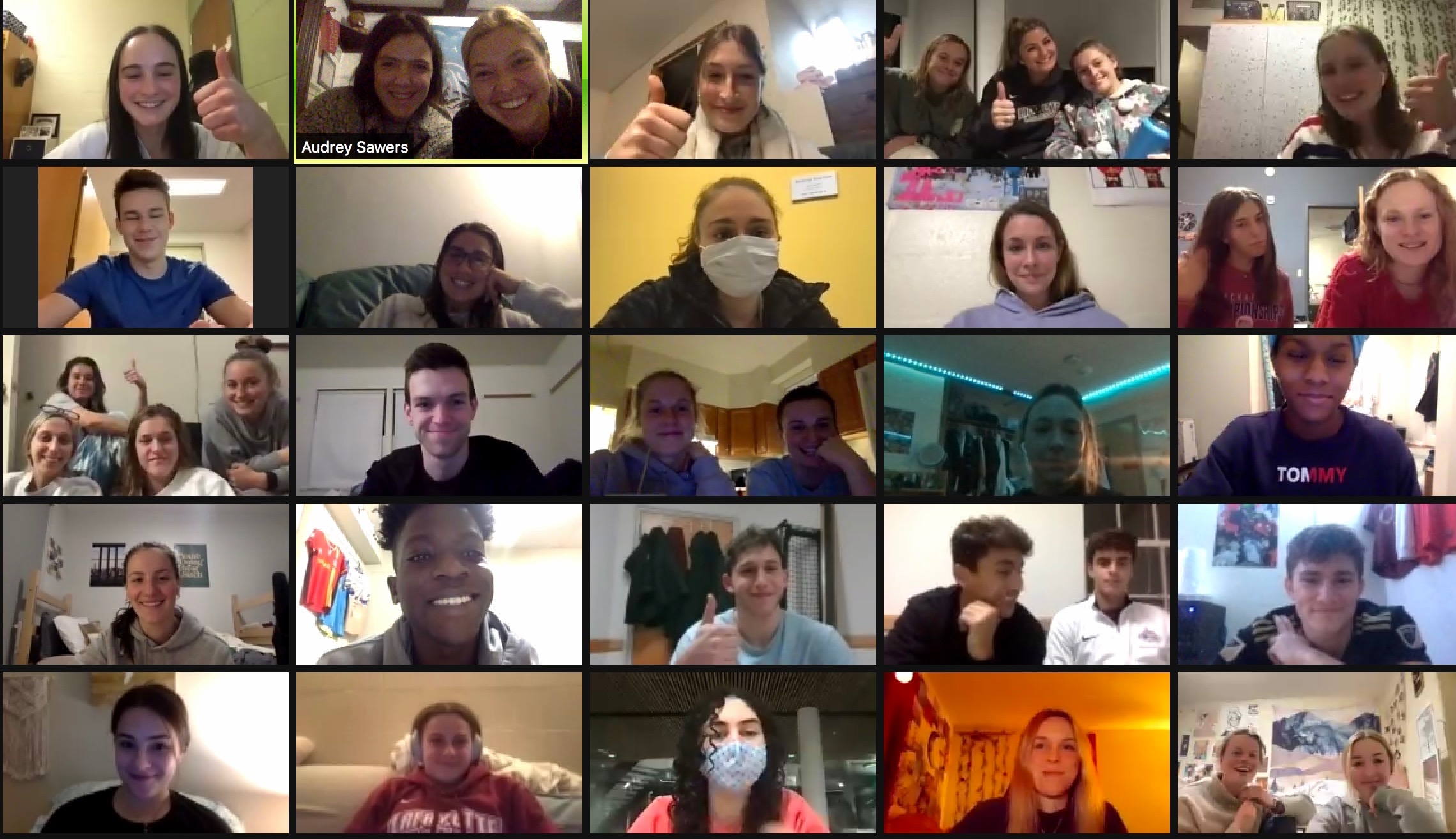 The Athlete Ally club has swelled in size over the past few years, and now has over 70 members. (Photo courtesy of Audrey Sawers ’21)

The Lafayette College Athlete Ally club (LCAA) gathered on Zoom last Wednesday to discuss their plans going forward, with a focus on the virtual panel the club has been organizing, themed ‘allyship through the years.’ It was the club’s first time gathering during this unorthodox spring semester.

The panel is not officially on the schedule yet, but senior field hockey player and LCAA co-president Eva Kaplan said it will likely happen in early May.

“We have about four or five panelists right now, and we’re partnering with the Women’s, Gender and Sexuality Studies Department for this panel,” she said.

Both Kaplan and Alix Talkow, the other co-president and a junior on the field hockey team, have had meetings this week with the speakers to discuss the details. Additionally, the club’s executive board has been meeting over Zoom.

“We’re meeting with the panelists to give them more information about who we are, what we’re doing, and to hear their stories and figure out how we can tailor our questions and the discussion towards them,” Kaplan said.

“The theme right now is allyship through the years, so we’ve been trying to get alumni of all different classes, and different sports,” she added. “We’re not trying to limit it just to athletes, we really want to cover a broad list of different experiences.”

The club has grown in numbers since Kaplan joined, with the chapter currently sitting at 74 members. When she was a freshman, the group had around 10.

“We’ve just been getting so much more membership from teams, and we reached out to the coaches again this semester reintroducing our agenda, who we are, and emphasizing the importance of participation on each team, which has really come to light more and more each semester,” Kaplan said.

This semester, LCAA will not be doing their customary Athlete Ally games due to the fact that there are so many sports competing right now under a condensed spring schedule. Instead, the organization is working to host a week of events later in the semester.

“We want to do a Pride Week, and we’re working with the athletic department to see what week would best fit the sport schedules, and try to do some programming then,” Kaplan said.

In addition to their athletics programming, LCAA has been collaborating with other clubs on campus to make non-athletes feel welcome to participate in their events.

“We don’t want to just be tailored to the athlete experience, which is why we’re going to get panelists who are athletes and non-athletes,” Kaplan said.

The group is also trying to take an intersectional lens to their panel approach.

“We’re planning a meeting with Athletes of Color and are talking about minority communities and how we can come together, foster better discussion, and learn from their point of view and then hopefully educate them as well on different resources and language we’ve been talking about within the club,” she added.

The virtual panel will be open to all students, so keep an eye out for an update on when it will be held and how to register.