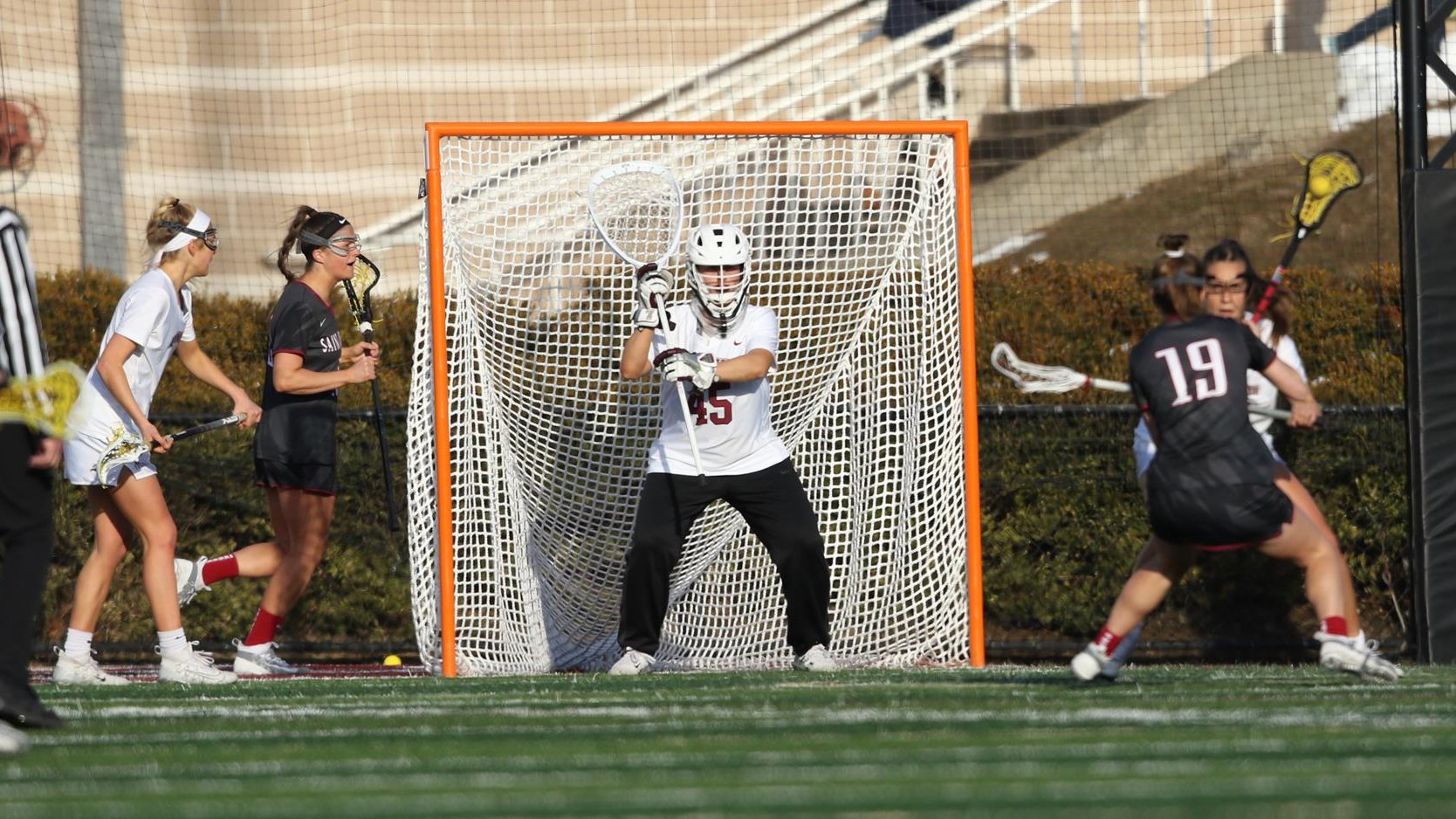 Lafayette women’s lacrosse named its team captains for the 2021 spring season this past week, with seniors Colleen Bannon, Quinn Lacy and Anna Stein being named as tri-captains. The announcement followed the release of the team’s schedule, which is set to begin March 6 against Holy Cross.

“It was an honor to be voted captain by my teammates,” said Bannon. “I am really excited that Anna and Quinn will be by my side since we all balance each other out really well. Our team is an incredible group of girls that I really am proud to be able to lead the charge with my fellow co-captains.”

Lacy agreed, but noted that there is also a sense of pressure in an unusual spring season.

“When I was named team captain I was beyond excited, especially when I found out who my co-captains are,” Lacy added. “Along with excitement, there are obviously some nerves because I want to do my best to lead the team.”

The trio of captains has been impressive both on and off the field for Lafayette. Bannon led the Leopards in draw controls with 21 last season while starting all seven games at midfield. She was also one of nine players who posted a 4.0 grade-point average during the 2020 spring semester.

Lacy has started every game in goal for the last two seasons. Her statistics last season included 67 saves in over 400 minutes of action, allowing 9.56 goals per game with a 4-3 record.

Stein has been a consistent offensive weapon for the Leopards since her freshmen year in 2018, when she was sixth in the Patriot League in assists per game (1.67). Stein has also been a starter at attack each of her first three seasons on College Hill, finishing second on the team in goals (15) and points (20) a year ago.

The team has high expectations for the 2021 campaign, with each of the captains listing competing in the Patriot League playoffs as one of their goals for the season.

“Beating Lehigh and making it to the Patriot League Tournament have been two team goals for me since I was a freshman,” Stein said. “I am excited to pursue these goals this spring with my teammates. We were improving and playing well last spring when our season ended. I know we can pick up where we left off and accomplish these goals.”

The seniors have added incentive to make the playoffs, where Lafayette has not been since 2017.

The team is set to face rival Lehigh on April 17, which will be their penultimate contest before the start of the Patriot League tournament.

The women will play just seven regular season games this semester in a shortened season. In a typical spring, the team would play around 20 games.

But this has not dissuaded the Leopards.

“Although coming back has been physically tough, the long break due to Covid has lit a fire in us that is different than any other season,” Stein said. “We are all beyond excited to get back and train and be able to play together.”

Although the team’s training regimen and practice schedule have been altered because of the COVID-19 pandemic, the team has still managed to train and the captains said they feel the team will be ready by the time their first game arrives.

“Covid definitely has affected the way we train/prepare for the season,” Lacy said. “The start of the season has been difficult just because training at home is always different than when you get back and we have not been back and playing together in almost 11 months.”

But the time apart may have further motivated some members of the team as well.

“Since being back, we’ve had to slowly progress into practice and lift, but the intensity has stayed high,” Bannon added. “We’re all really working hard in this shortened window of time to get ready for our first game and are really excited about being back on the field after almost a full 12 months.”