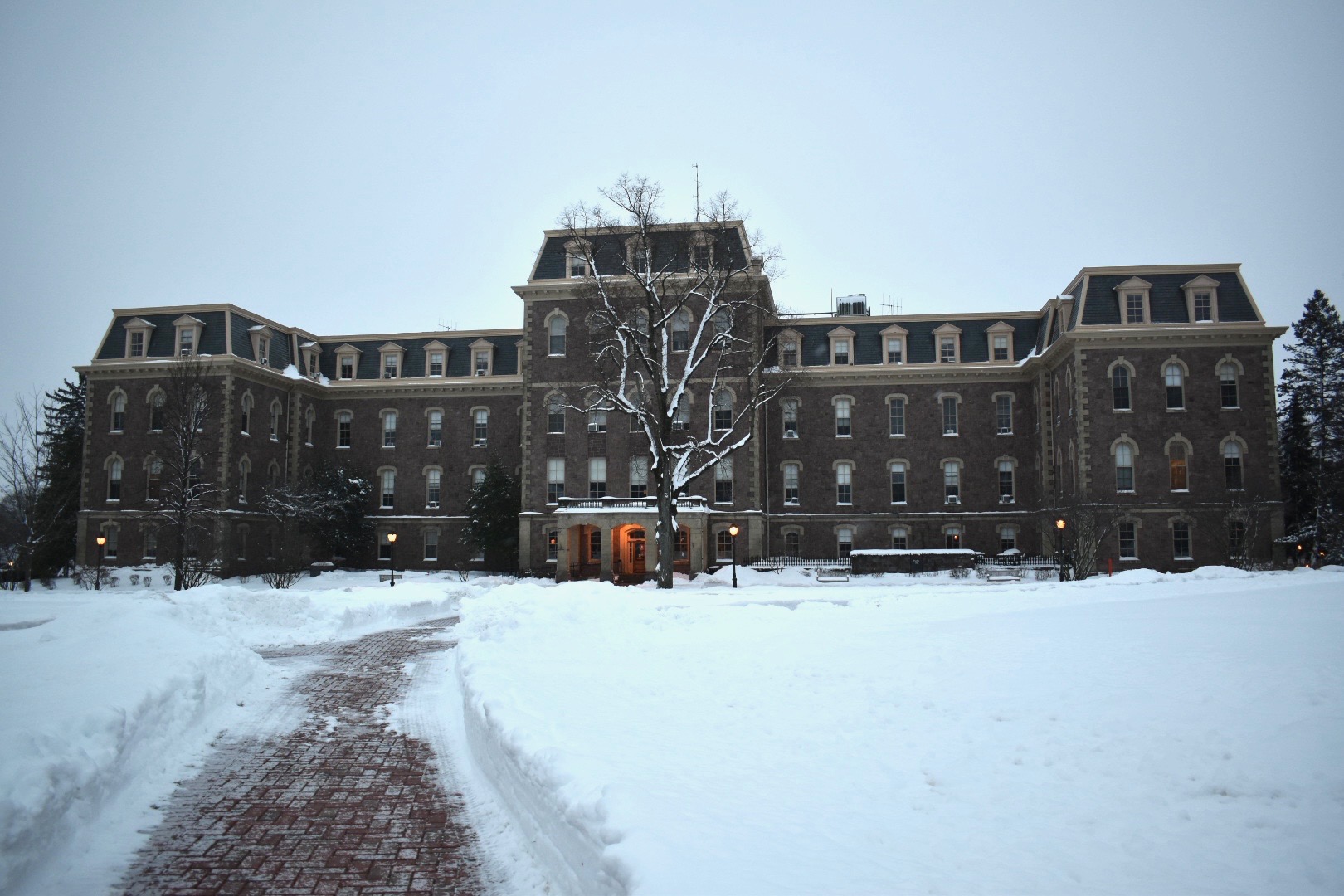 Students moving back to campus at the beginning of the semester were welcomed by a wintry sight. Between Jan. 31 and Feb. 2, almost thirty inches of snow fell on Lafayette College, the second-largest snowfall ever recorded in the Lehigh Valley.

Many students were scheduled to move in between Feb. 1 and Feb. 4, meaning that the college had to clear enough snow so that students could safely move in.

The college’s mechanical and general trades employees also helped out with plowing, shoveling and salting, according to Kennedy.

“Keep in mind, that each person on our team had to dig out their cars at home before arriving at work. This meant getting ready for work a few hours before they had to be on campus,” Kennedy wrote.

Some students found difficulty finding a parking spot if they were moving into off-campus housing.

Parking and transportation specialist Bruce Hill wrote in an email that many off-campus parking spots were covered in several feet of snow since Easton had not been able to remove what was built up from plowing.

“While Facilities Operations did a good job of clearing roads and sidewalks, some spaces were lost as they had to push the snow somewhere,” Hill wrote.

Overall, Kennedy reflected positively on the move-in experience despite its obstacles.

“I observed the move-in and have to say the families were amazing,” Kennedy wrote. “It was still snowing during most of the move-in so the roads were narrow and the sidewalks were getting snow covered as fast as we could clear them. Each family was excited to be on campus and was patiently dealing with an unusual move-in.

After move-in, the work was not over for the facilities operations employees who spent several days removing snow with dump trucks in order to open up more parking spaces and make sidewalks and walking paths wider, according to Kennedy.

Kennedy noted that the facilities team also had to clear the snow from Fisher field and Rappolt Field so that the athletics teams could begin practicing.

And with multiple smaller snowfalls in the days following as well as consistently below-freezing temperatures, the campus may remain covered in white for the near time-being.