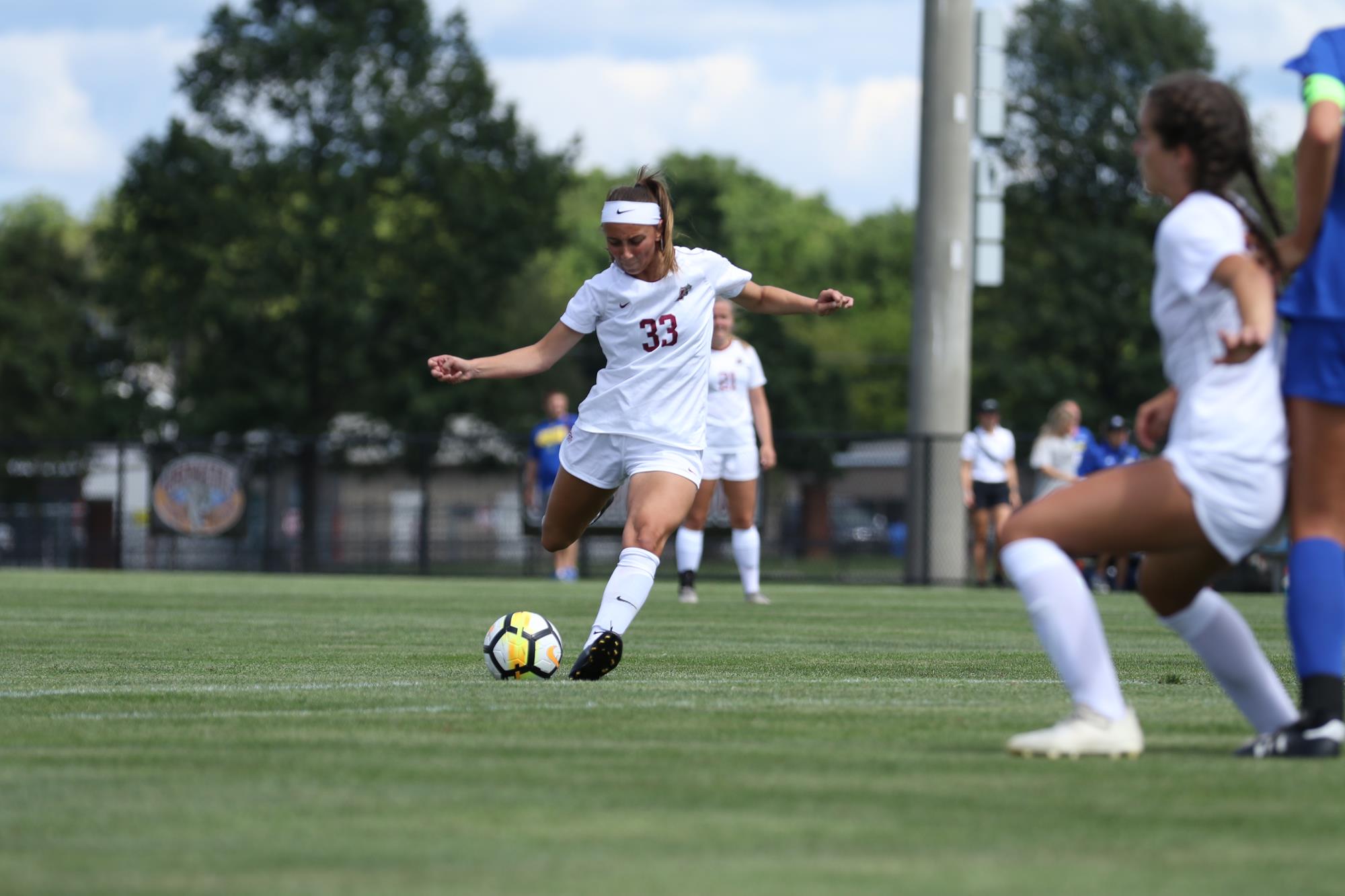 For one, the season is actually happening this spring after all fall competition was suspended due to the ongoing pandemic, giving Kissell and the team’s other seniors one last shot at a deep postseason run.

But the beginning of this unusual spring season also came with accolades for Kissell, who was named the Patriot League Preseason Offensive Player of the Year on Tuesday morning. It was an appropriate honor for the league’s most potent offensive force a year ago, as Kissell led the conference with six assists and added four goals en route to being named the 2019 Offensive Player of the Year.

“That [award] was based off of the 2019 season, and that was a long time ago it feels like,” Kissell said, noting that the award “raised expectations” for her and that she has yet to earn.

Fortunately, Kissell is no stranger to goal scoring. She led the team with four goals during her freshman season and was tied for third in the conference with 14 points in fall 2019.

Kissell is joined by senior midfielder Sophie Saldivar on the preseason All-Patriot League team, an honor bestowed on just 12 athletes in the conference.

Saldivar also knows how to find the back of the net, pacing the Leopards in scoring and finishing second in the conference with six goals in 2019.

“It’s a huge privilege, and I really wasn’t expecting it,” Saldivar said. “When I found out I was pretty excited because it says a lot about the impact I made last season. Moving forward, I hope I can continue to do that.”

Along with the individual honors, the league also announced the results of the preseason poll of all teams. Lafayette rounded out the middle of the pack with 90 points, good for sixth place in the conference.

The preseason poll and individual awards were voted on by the women’s soccer coaches and sports information directors from each school, with restrictions on voting for their team and student-athletes, according to the Patriot League website.

The season starts in just two weeks for the women, who have still not been able to have contact practices given the COVID-19 restrictions. Monday’s practice was the first time they were able to share soccer balls between teammates.

“It hasn’t been the most ideal situation,” Saldivar said. “But we’ve all had a pretty positive attitude and we’re just excited to play.”

Saldivar and Kissell said that head coach Mick Statham has emphasized the importance of being able to adapt to the situation. They appear to have taken his advice to heart.

“Adversity is something we’ve been focusing on, knowing what we’re working towards and knowing that it’s worth it in the end,” Saldivar said.

The spring schedule is significantly condensed for the women, with just six regular season games before the Patriot League tournament in April. In a typical season, the team would play around 18 games.

“We’ve always said that every game counts, but in this case it really does,” Saldivar said.

While the parameters of the season may be different, the players are focused on the same goal as always.

“Obviously the ultimate goal is winning a Patriot League Championship and making the NCAA tournament [in May],” Kissell said. “But also we want to have fun with [the season] and realize how much more it means to us now that we’ve had to go through all of this.”

Perhaps more so than anything, Saldivar and Kissell just want to end on a high note.

“This is my last chance to play soccer ever, I’m definitely trying to make the most of it,” Kissell said. “Not having a season in the fall has made me realize that this means so much more now.”

“No matter what happens, I know that everyone is going to be working hard,” Saldivar added. “And that’s my main goal—not to leave anything on the field and to go out with no regrets.”

The women kick off their spring season playing host to Bucknell on Saturday, March 6 at 2 p.m.