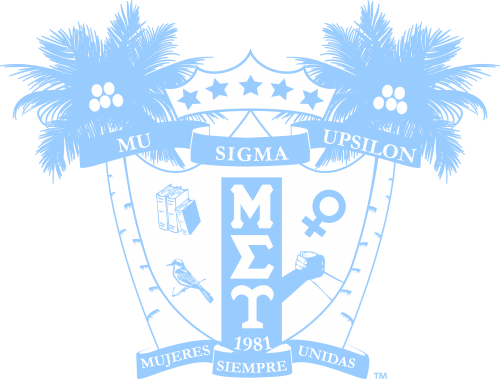 In recent months, Greek life at Lafayette was temporarily suspended, witnessed the dissolution of Tri Delta sorority, hosted virtual recruitment for the first time, and contended with a growing social media-based movement to abolish Greek life. All the while, a small group of students have sought to realize their personal vision for a Greek environment that has a space and a place for them.

Reanna West ’22, Brianna Derivois ’22, and Emily Morocho Chauca ’22 recently succeed in gaining approval for the establishment of a Lafayette chapter of Mu Sigma Upsilon (MSU), a multicultural sorority. Upon its inauguration, MSU will be the only multicultural sorority on campus, entering a Greek scene currently composed entirely of historically white organizations.

Chauca detailed the students’ introduction to Mu Sigma Upsilon, noting that as a freshman she met students who had made previous efforts to introduce a multicultural sorority.

“At Lehigh, they have their Yard Show, where all of Greek Life, multicultural and Divine Nine Greek Life come and they perform their steps and strolls,” Chauca said. She added that the Divine Nine refers to a group of historically black Greek-letter organizations.

The women attribute their particular interest in MSU to its historical standing as the first multicultural sorority in the nation, as well as the way sisterhood is constantly emphasized in the organization’s steps, strolls and salutes.

“Something that’s kind of cool about their chants is that they’re in different languages, they always are constantly celebrating the sisters in their organization. It’s like an everyday reminder, which I really like,” Chauca said. “Their motto is ‘unity amongst all women,’ so that itself encompasses what we wanted, especially for women of color in our community.”

West, Derivois, and Chauca said they decided to start the process of establishing a chapter at Lafayette because of the lack of representation for women of color on campus in Greek Life.

“We want to join a sisterhood, we want to have something like that to fall back on,” Chauca said. “But we just didn’t feel like enough of the women in the sororities already on campus looked like us. We wanted something for ourselves, something to call our own…something that would embrace all our different cultures, skin colors…and we felt that MSU was the best for that.”

Derivois echoed this reasoning, stating, “I hope that this kind of goes to any incoming freshmen or prospective women of color who want a space when they come on campus.”

While MSU has been approved for establishment on campus, and its initiators are hoping to recruit the first line of sisters in the spring, the process of bringing a multicultural sorority to Lafayette has been drawn-out and arduous.

“We started the process in freshman year. At the time, the Greek director here…he basically shot us down,” West said.

The primary obstacle was an unwillingness to eliminate a long-standing Lafayette policy which limits the recruitment period to three weeks.

“For multicultural and Divine Nine organizations it’s not possible to complete the rushing process in three weeks,” West explained. “Divine Nine sororities and fraternities, they were created during a time where Black people in  America were going through a lot…Jim Crow was still a thing. Discrimination on campus in higher education was just ridiculous. There is a lot of history…so they teach you about that history…you have to have bonding, you have to learn all the history…learning the strolls, the chants. So it just isn’t possible to fit all of that into three-weeks.”

Wearied by the lack of administrative cooperation, the team halted the process of seeking approval for a time in their sophomore year, picking the initiative back up in the past few months. They created a petition to abolish the three-week cap, ultimately collecting over 500 signatures.

Leadership within the school also changed, facilitating the recent approval of MSU on campus and its exemption from the three-week rule. This will allow the organization the time to execute its mandated 6 to 8 week recruitment process. For Morocho, West and Derivois, the priority is now to establish and maintain interest in the organization as it finds its footing on campus.