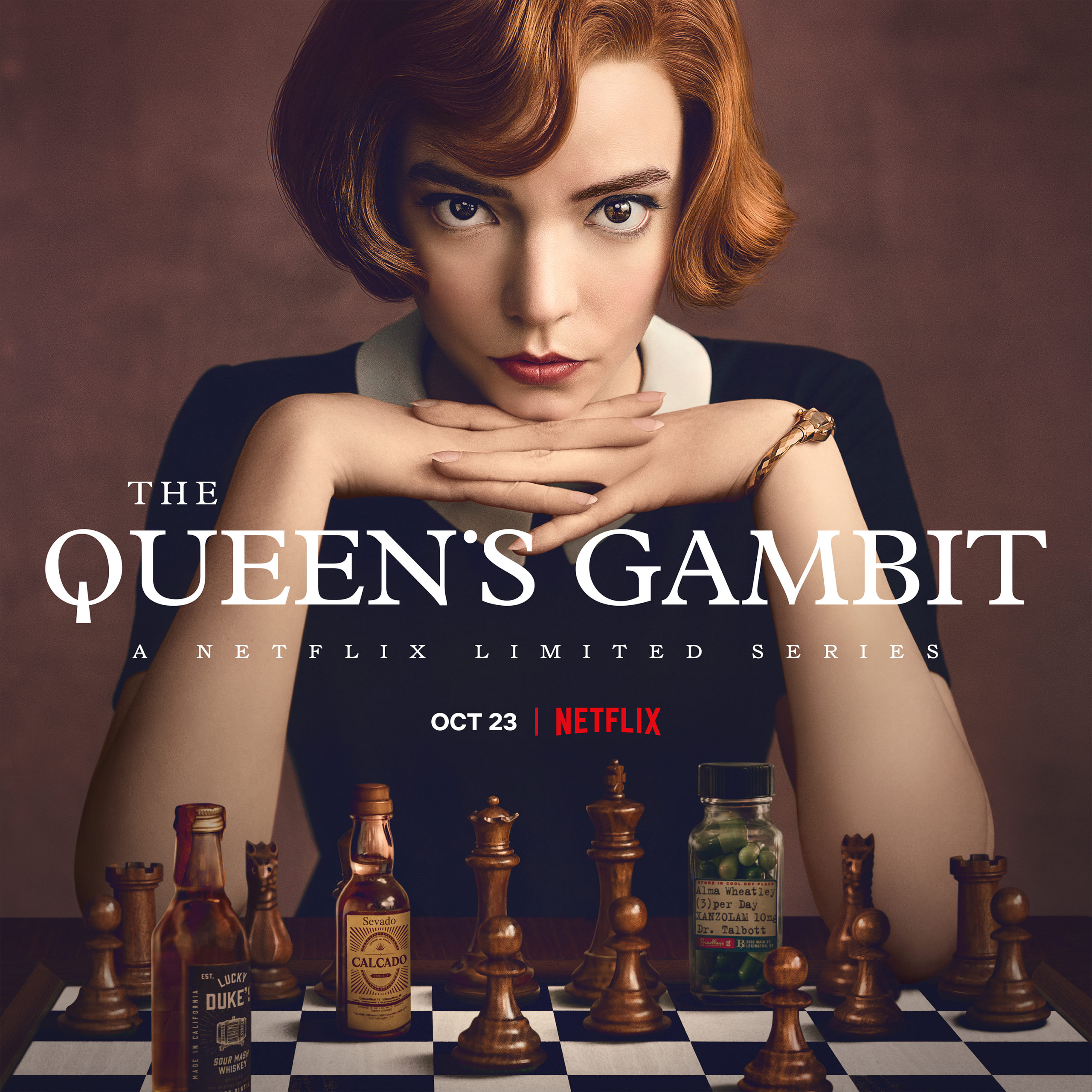 ‘The Queen’s Gambit,’ which takes place in the 1950s and ’60s, is available to watch now on Netflix. (Photo courtesy of Shepherd Management)

Many might think that swallowing a handful of tranquilizers to play chess on the ceiling, the game summoned from one’s imagination, is madness. Yet, if the outcome bears becoming a world chess champion at the age of 20, then the means of getting there are irrelevant because the player is deemed to be a genius.

Can we then clearly state where and if there is any line that separates madness from genius?

“The Queen’s Gambit” is about a woman who entered a man’s world and conquered it. Elizabeth Harmon (Anya Taylor-Joy) portrays a prodigy chess player in the new Netflix miniseries “The Queen’s Gambit,“ which takes place in the 1950s and 60s. Orphaned at age nine, Elizabeth finds refuge in the game of chess. She is taught how to play chess by Mr. Shaibel, a janitor at the orphanage who becomes Harmon’s role model and a guardian angel.

“The Queen’s Gambit” presents chess as both a way of thinking and a lifestyle. Beth Harmon’s life revolves around the game. She quickly develops a dependence on drugs and alcohol to help her play and entertains herself with men whom she doesn’t love. They become a pastime for her, and in the world of chess where women don’t have a point of entry, she is sensational and her mere presence is grotesque. It is a masquerade to constantly keep winning no matter the self-destructive methods used to get there.

Harmon’s only love is chess, so the men she meets in her life, however much they want to, cannot match the kind of mad passion she has for the game. The series is a nod to femininity, presenting it as expansive, not contained or tied to a stereotypical housewife position. Harmon is undeniably attractive, yet the sexiest part of her is her brain. Her intelligence and sharp tongue are what call for attention. The trade-off of her wit and wisdom is loneliness, which is self-designed and necessary to help her become a chess grandmaster – but also leads to some self-mutilating behavior. For Harmon, being the best was not diligence; it was a gift, a rare talent, and calling for the game. Winners take it all. Chess was a form of survival for her.

For amateur players and non-players alike, “The Queen’s Gambit” serves as a warning not to subordinate one’s life to their mind, not to become a slave to one’s own passion. For those who fancy chess, “The Queen’s Gambit” is pure ambrosia. The dialogue includes many combinations and chess moves; it essentially serves as a metaphor to the fragility and fierceness one can embody while playing the game.

Chess opens a gate to analyze an opponent’s weaknesses and strengths and give clues to who they are as people. Looking at Harmon’s chess games, we see untamed fire stored in a slender body of a red-headed twenty-year-old. Don’t judge the book by its cover. Do not underestimate the mind of a woman, especially the one who was scarred by life. She hides fires.