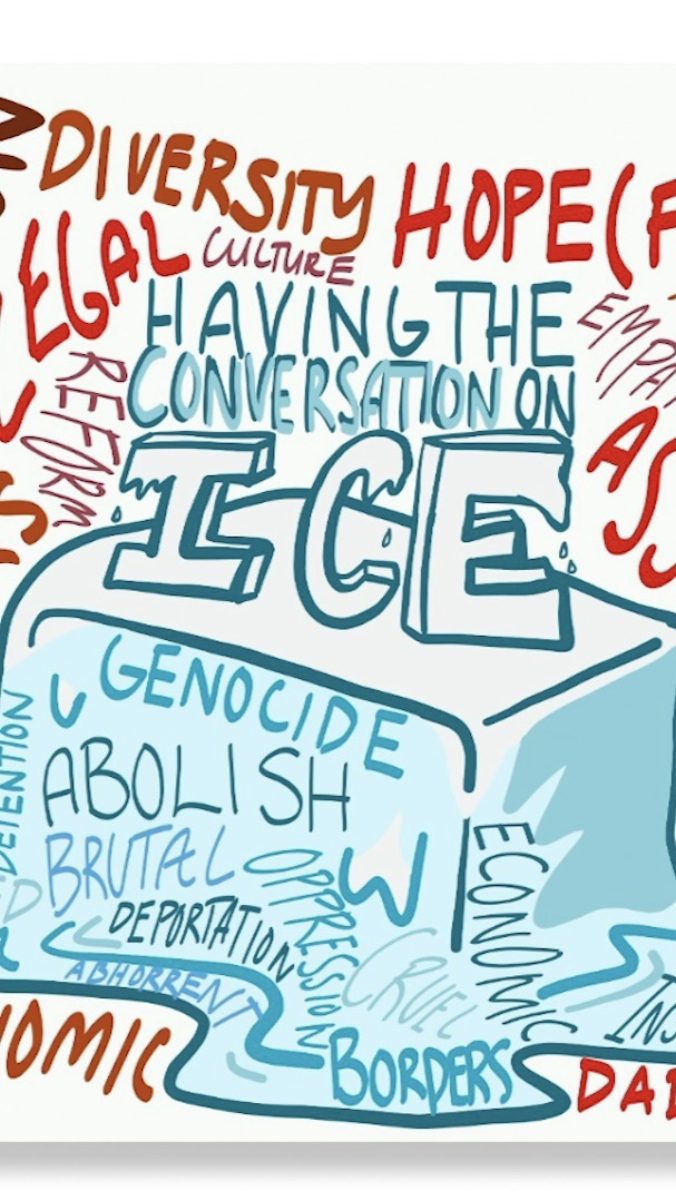 Immigrations and Customs Enforcement (ICE), eugenics, the sterilization of ICE detainees, and the history behind the treatment of immigrants were all discussed last Tuesday at a virtual event hosted by Landis Center’s MOSAIC Tutoring Team.

Fuentes began by describing the differences between a refugee and an immigrant and the distinct legal protections both of them have, as well as the history behind their lack of acceptance in the United States.

“When the United States accepts a refugee, they automatically have a legal status. I believe they don’t necessarily hold citizenship, but they have just a legal status here that allows them to stay here and remain here in the United States, as their causes for being here are fleeing from civil war or distress,” Fuentes said. “However, immigrants are not citizens and don’t receive legal status right away. They still have the rights of speech, religion, but they don’t receive any benefits at all from the United States. You have to go through the route to become a citizen to obtain all those rights.”

Sosa-Ponce then transitioned to the history of eugenics and how that plays a role in current sterilization efforts.

“Eugenics is the Darwinistic idea of creating the ideal person,” Berestko said. “People who are in detention are there because they are deemed to be unfitting and undesirable, so when women have been sterilized that’s a way for the U.S. government to control people, not to reproduce, not to provide more, not to have more immigrants and people who are unfit in society.”

Godoy noted the media’s increased coverage of sterilizations, detaining and cages, but said that these human rights violations have been happening for much longer than they’ve been covered, so the shock that people are currently experiencing has been long overdue.

Olvera added onto the eugenics portion of the discussion, describing the history of discourse around immigrants and how that affects policymaking today.

The conversation then shifted to the media portrayal of the refugee and immigrant experience. Godoy spoke about the stereotypical collective image of an immigrant and the damaging effects that the model minority myth can have on students.

“There are unaccompanied minors that have to figure out how to pay for rent, how to pay for utilities or pay for transportation on their own, and aren’t able to be the best student, but the media doesn’t portray it because the media always wants the best story,” Godoy said. “So I think in terms of the media, like, you know, as a consumer, you have to analyze what we’re watching, what we’re reading.”

The discussion also touched on the economics behind migration, in which Fuentes explained that they think of migration as a business because, “capitalism is also feeding right to the desires of migrants to come, as well as the desires to put them in cages, all due to big business.”

“It’s also a bigger conversation around these detention center facilities,” Godoy said. “A lot of them are private prisons. They work within a mass incarceration system as well, where we incarcerate Black and Brown people and politicians profit off of them.”

The event wrapped up with a question and answer portion. One participant asked about the sterilization of men, and Godoy emphasized that although it had probably happened, it is the control of women’s bodies that immigration often utilizes in gaining power.

“I think I’m sure there are cases and somewhere out there of things happening to men in these detention centers. But what I want us to focus on is that what this is, is, again, the kind of historical practice of controlling the bodies of women and the way that we do that,” Godoy said. “Part of it is related to our sort of the history of eugenics, which is that what you want to do is control the population, keep the dumb and the criminal and everything from reproducing themselves. And we usually use the body of the woman to exert policy.”

In an interview with The Lafayette after the discussion, both Godoy and Berestko emphasized the importance of self-educating on this issue and scrutinizing the places from which people receive their information.

“There’s so much more beyond just having a conversation and educating your peers or even inviting professors to listen or speak at the events. I think it takes personal reflection and personal education,” Berestko said. “You know, whatever it is, just actually being a very skeptical and careful consumer of media, that’s the first step.”

“It’s been happening for years, establishing that these women are not worth as much as the American woman. Their offspring are not worthy of life,” Berestko said. “And that’s when you take away their rights to even have children. So it’s not just discrimination, there’s way more beyond that.”

Both saw the event as a large success and said they were thankful that this necessary conversation is happening at Lafayette. However, Godoy added that Lafayette students specifically should be learning about immigration issues in Easton and how that affects students on campus.

“That gives me a lot of hope knowing that we are getting the word out there and we are being supported in all of our efforts to create more events like this,” Godoy said. “However, the conversation doesn’t stop here.”