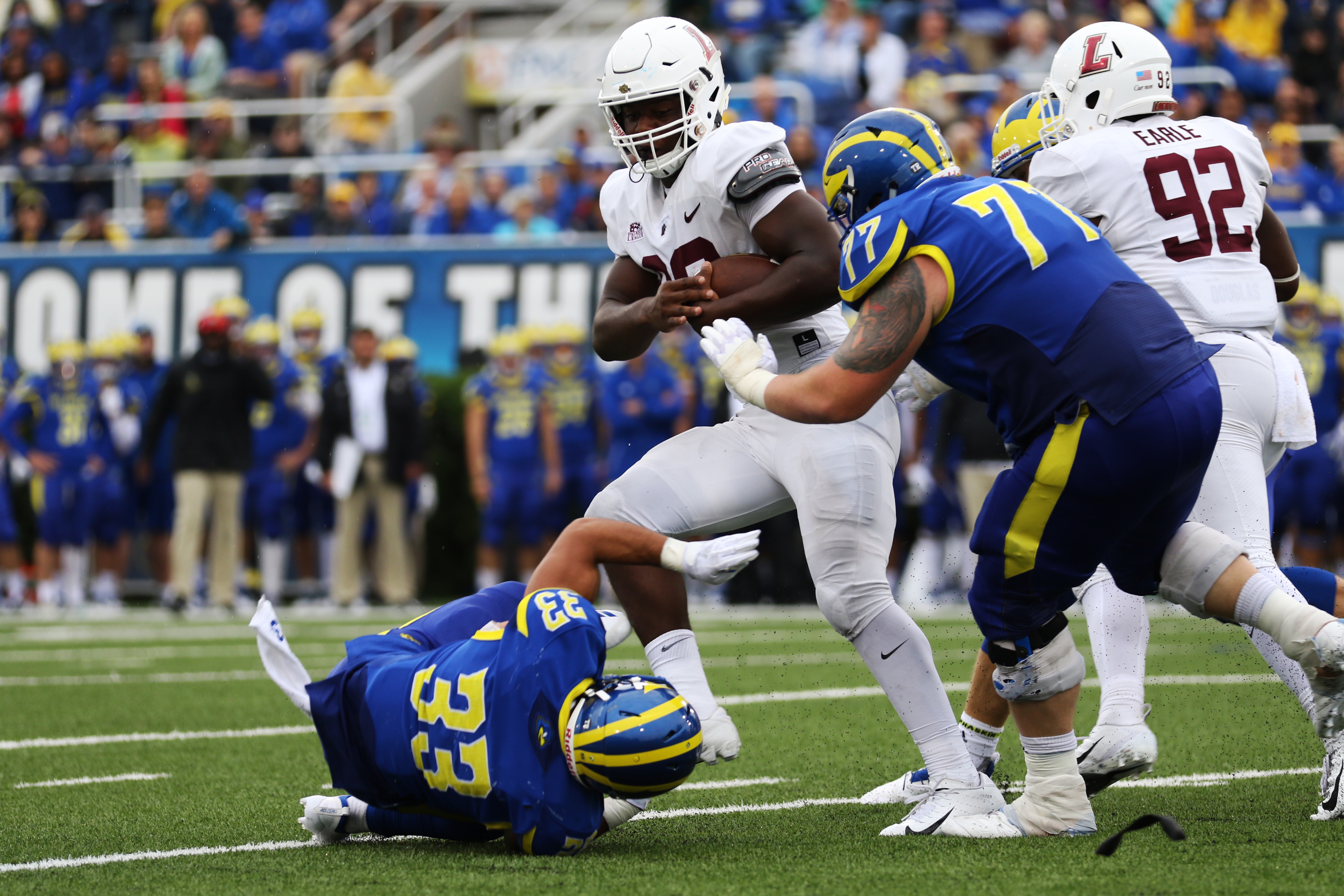 Junior Malik Hamm was the Patriot League Defensive Player of the Year in 2019. (Photo courtesy of Athletic Communications.)

Junior defensive lineman Malik Hamm continues to rack up All-America accolades even with the Lafayette football team off the field.

Hamm, coming off a breakout sophomore season, was the only Patriot League player named to the FCS Preseason All-America First Team by Stats Perform. Hamm was also nominated to Athlon Sports’ and Phil Steele’s All-America teams in June and August, respectively, and was again the lone conference student-athlete to receive each honor.

Hamm’s dominant sophomore season earned him Patriot League Defensive Player of the Year recognition, as well as the Hugh L. “Stoney” Jones Award given annually to Lafayette’s most valuable player.

“It felt amazing to be nominated,” Hamm said. “I put in a lot of work to be the best player I can be, and to be recognized amongst some of the best players in the country was a good feeling.”

Winning awards is nothing new to Hamm. He has been a force to be reckoned with since he stepped on the field at Lafayette, first winning Patriot League Rookie of the Year and being named to the All-Patriot League Second Team in 2018. Hamm started nine of 11 games and finished fourth on the team in tackles (58) including a three-sack game against Fordham.

Despite his early success, Hamm made it his mission to step up his play going into his sophomore year. He knew he wanted to be a steady force on the defensive end.

“My main goal heading into my sophomore season was becoming more consistent,” he said. “During my freshman year, I had moments where I played really well but I wanted to contribute on a more consistent basis for the team. Throughout the offseason my focus was on becoming bigger, faster and stronger and preparing myself to be a consistent contributor to my team.”

One of Hamm’s goals was to make his presence felt in the backfield, and he did so with 8.0 total sacks and 11.5 tackles for loss in 2019. He also racked up 43 tackles during his sophomore campaign, the most of any defensive lineman, and led the team with eight quarterback hurries in the 12 games he started. Hamm also notched at least one sack in each of his final seven games of the season, finishing with 7.5 tackles for loss and 7.0 sacks in league play.

Hamm’s focus on consistency has begun to show, as he has managed at least one sack in 10 of the 12 league games played in each season during his two-year career. He currently sits at 10th among all active FCS players, averaging 0.72 sacks per game during his career.

Turning his attention to this year, Hamm said the time away from football has offered him new perspective on the sport.

Hamm added that the team has come together a lot more as a result of the cancelled season.

“We were all upset when we found out we would not have a season, and as a result we bonded over that and decided it is up to us to be the best we can be when the time comes to play again,” he said.

While the accolades have added up for Hamm, he is only focused on what he can do to be the best player going forward.

“Right now I’m working on getting bigger, faster, and stronger, that’s my focus,” Hamm said. “I’m still doing some skill work, but as we get closer to the season I’ll focus more on sharpening my technique.”