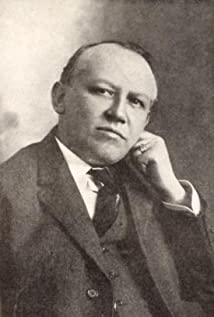 Carl Laemmle is known for creating the early Hollywood films, “The Hunchback of Notre Dame,” “The Phantom of the Opera” and “Dracula.” (Photo Courtesy of IMDb)

This past Monday, Freedman answered questions from students and professors following a screening of the film in an event held over Zoom.

The film delves into the life of Carl Laemmle, a German-Jewish immigrant, film producer, and later, the founder and owner of Universal Pictures.

According to the film, Laemmle began his career making comedies because he noticed that “everybody wants to laugh.” He went on to make the films “The Hunchback of Notre Dame,” “The Phantom of the Opera” and “Dracula” in the 1920s and 1930s.

The film expressed how Laemmle made decisions that no other film studio owner had even considered in the 1930s. It emphasized Laemmle’s support of women in the film industry and the fact that at one point, he had 11 female directors working for his studio at once.

Laemmle also produced the 1934 film “Imitation of Life,” which depicted a Black woman and a white woman as friends, something that was very unusual in movies at the time.

Laemmle won an Academy Award in 1930 for “All Quiet on the Western Front,” which Freedman called his “masterpiece.” At this point in American history, anti-German sentiment was abundant. This film portrayed German soldiers’ stories in a sympathetic light because Laemmle wanted to humanize them and “show that these schoolboys were not villains.”

In his talk after the film, Freedman stressed the prejudice and difficulty all Jewish filmmakers faced at the time that Laemmle was active, saying they were “operating in a world that was extremely antisemetic” and that “they were scared to lose everything.”

“Carl Laemmle” also stressed the importance of faith and loyalty to Laemmle. He often hired his relatives, and when he saw his hometown of Laupheim, Germany taken over by Nazis, he fought to ensure jobs, homes and financial security for 300 German-Jewish families who wished to escape. This was especially difficult because the vast majority of Americans, as well as the Roosevelt Administration, were opposed to allowing more refugees to come to the United States at the time.

Freedman said that “the way [Laemmle] overcame the US governments’ antisemitism and attempts to stop him from bringing in refugees” was indicative of the “it can be done motto” that he brought to every project.

In addition, he noted the contemporary context of the immigration debate.

“It’s not a coincidence that the closing credits end with two shots of the Statue of Liberty,” he said.

One participant asked, “What was the biggest challenge, difficulty or obstacle in making this film?”

Freedman then discussed the novelty of telling the story of someone who died many years ago and having access to only a few people who knew him at the time, making it difficult to find information. He also noted that there were very few clips of Laemmle speaking.

“How do you tell a man’s story who can’t really tell it for himself?” he asked.

In response to a question about the narrative structure of the film, Freedman explained that, as he found various quotes, he sorted them into chapters, which allowed him to create “a cinematic novel” in which the titles that began each section of the film made more sense by the end of that particular section.

“A film is like a runaway train down the track,” explained Freedman as he noted all of the changes the documentary underwent.

As a result of these changes, Freedman had to cut one anecdote to which he was very attached and said he wished it could have been included in the film. It described how Laemmle, at the premiere of “Dracula,” had an ambulance park outside of the theater and hired an actor to faint outside of the theater to mirror the pure horror and drama of the film.

When asked about the connection between film and immigration in the 1930s, Freedman explained that Laemmle created a world in which “you’re now part of the American experience and it seeps into everything you do.”

Freedman emphasized Laemmle’s desire to portray an “outsiders view of what was great about this country.”