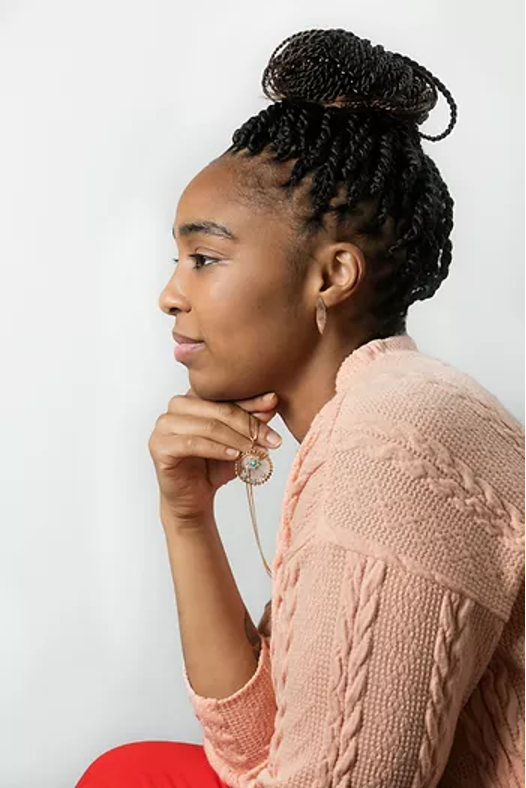 Hafizah Geter’s poems on race focus on what it means to identify with two different countries and cultures. (Photo Courtesy of Hafizah Geter’s website)

This past Tuesday, as part of the college’s Closs Virtual Reading Series, Geter discussed the essay and also presented her audience with poems from her debut collection.

Born in Zaria, Nigeria, Geter is a poet, writer and editor. She studied English at Clemson University before eventually receiving her MFA in poetry from Columbia College in Chicago. Geter’s work has been featured in The New Yorker, Tin House, Boston Review, Longreads and McSweeney’s Indelible in the Hippocampus.

In addition to writing poetry and prose, Geter is now an editor for Little A and TOPPLE Books. She also serves on the planning committee for the Brooklyn Book Festival.

Currently residing in Brooklyn, New York, Geter is currently writing a novel about her experiences in coming to America. She is also working on a nonfiction project about the intersection of anti-Blackness, climate change, language, borders and the lasting effects of American slavery. Geter’s debut poetry collection, “Un-American,” was released on September 8.

Geter’s poems, “The Break-In,” “The Pledge,” “Naming Ceremony” and “How to Bring Your Children to America,” serve as reflections on the intersection of her Nigerian Islamic and American Southern Baptist upbringings.

On Tuesday, Geter reflected on the purpose of her poetry.

“I believe in poems of employment. That the poem’s job is to communicate…poems are capable of communicating everything from the way grief feels in August to the absurdities and inadequacies of language,” Geter said when discussing her essay.

Most poems about race, for example, place race in opposition to whiteness–thus, Geter said, race isn’t celebrated to its full extent because it is only discussed in a very specific way. The beauty of race is not appreciated to the full extent or allowed to show in the literary canon, and for this reason, Geter said she believes the canon to be illegitimate. Rather than writing her poems about race in an attempt to fight whiteness, Geter’s poems on race focus on what it means to identify with two countries and cultures.

“I don’t engage in conversations where I have to prove my humanity as a woman or Black person,” Geter said. “This kind of work can be a waste of your time.”

Geter is optimistic about the shift in how marginalized voices are represented through writing, especially in American literature.

When one student asked how to get American literature to enter the wider and realer conversation, by which race and feminism would exist alongside rather than in opposition to the status quo, Geter replied, “It’s definitely happening. The real question is how we give less power to the canon.”

When asked why she writes poetry, Geter’s response echoed what she put forth in her essay.

“I write to tell as many of the stories that the status quo ignores and, at times, actively conceals… because I’m able, because someone has to tell them until they are understood,” she said.