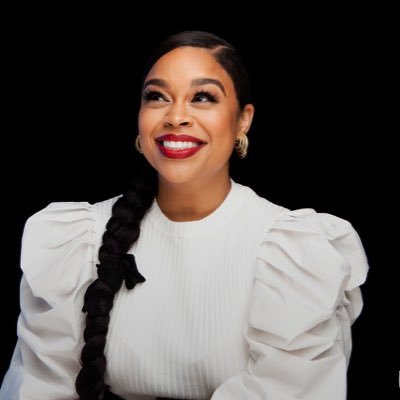 Actress Julissa Calderon has some advice for Lafayette students: own your identity.

This past Wednesday, Calderon spoke to the college over Zoom as the keynote speaker event in this year’s Latinx Heritage Month. The talk was sponsored by the Office of Intercultural Development and the Hispanic Society of Lafayette in association with the Latinx Heritage Month Committee. Beginning on September 15th, the month is a nationwide tribute to the culture and heritage of the Latinx American community.

Calderon is an actress, writer, producer and director from Miami. She can be seen playing the role of Yessika Castillo in the MACRO/Netflix series “Gentefied,” and she has previously starred on the AwesomenessTV/FUSE series “WTF Baron Davis,” ABC’s “Revenge” and the ABC Diversity Showcase. She also completed a two-year talent residency at BuzzFeed’s Pero Like channel.

Relating to the many students in her virtual audience, Calderon began her story with her college journey. She started as a pre-med major and soon realized how dissatisfied she was with it. She remembered her first encounter with the music and theatre building, where she became so moved by the life and energy within that she subsequently changed her major to theatre.

Calderon then segued into her life post-college.

“Oftentimes, we think that because we graduated and we have these degrees, we’re going to have a great-paying job and the best career run. I’m here to break it to you that that’s not true…here’s where the real work begins,” Calderon said.

Calderon recounted her own struggles trying to earn a living while pursuing her dream of a career in the world of film. She talked about her first Broadway breakthrough, her journey with BuzzFeed and finally her role as Yessika, learning to have faith in herself and own her identity as a Latina along the way.

Following the talk, she opened the floor to questions. One participant asked about her views on Latinx and other cultural representation in Hollywood and whether things are changing for the better.

In response, Calderon mentioned the lack of awareness about the Latinx community when she first came to Los Angeles.

“Entertainment plays such a big role in the way we view things. When you don’t see yourself represented, you feel like you don’t belong here, and that’s far from the truth,” Calderon said.

However, she also thought that some things are changing for the better.

“I, for the first time last year, got a role that was specifically written for an Afro-Latina,” Calderon said.

Another participant asked what Calderon’s goal has been behind the camera.

Calderon said that her primary aim off-screen has always been to tell people’s stories.

“There are so many shows now about hospitals. How many lawyer shows do we now have…they’re all the same, yet we are watching them. Me telling my story, me telling your story…all contributes to storytelling,” Calderon said. “As a filmmaker, all of those stories matter.”

“The best way to tell stories is to tell a story that you know, and that’s what makes it authentic,” Calderon added.

When asked about her inspirations, Calderon said she resonated with Afro-Latina Puerto Rican actress Rosie Perez and Cuban singer Celia Cruz, both of whom she said were women confident in their identity, giving Calderon the confidence to own hers.

Some other notable events as part of the Latinx Heritage Month have included the Café con Leche series, where distinguished Latinx individuals were invited to share their story, the Ibero-American Film Festival and the Latinx Party with DJ Mar on October 1.

The college will close out Latinx Heritage Month with a talk by professor Daisy Verduzco Reyes next Wednesday at 4:30 p.m.